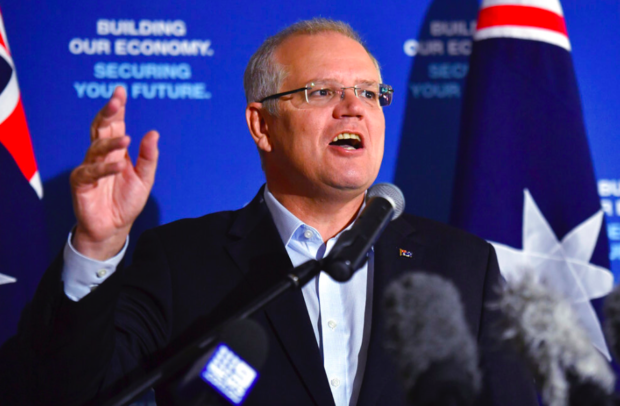 CANBERRA, Australia — Australia’s prime minister and his political rival said on Wednesday they were not tailoring their political messages to suit Chinese censors as the politicians increasingly use Chinese social media to woo Chinese-speaking voters.

Prime Minister Scott Morrison and opposition leader Bill Shorten each have accounts with China’s largest social media platform, WeChat, which they use to target the Chinese diaspora ahead of federal elections on May 18.

Critics argue that the Australian political leaders risk being kicked off the platform if they don’t comply with Chinese censorship rules.

Morrison said his account has not been subjected to Chinese censorship used on social media.

“We haven’t experienced any such censorship,” Morrison told reporters.

Bill Shorten, who leads the center-left Labor Party, was similarly unconcerned by the type of censorship that the Chinese Communist Party routinely exercises on Chinese social media.

“I’m not fussed at all,” Shorten told reporters. “I do not feel censored by the Chinese government.”

WeChat was launched by Chinese giant Tencent in 2011 and the app, known in China as Weixin, has become essential for daily life in China.

Morrison said his conservative Liberal Party was trying to transfer his account to Australia.

“The way you set up a WeChat account, because of where it’s run, is you have to work through these overseas structures and we’ve been in the process now over the last week or so of seeking to repatriate how that’s done,” Morrison said.

Shorten said he left his Labor Party to set up his account. The party said it was set up in early 2017 by an Australian resident who is employed by the party. It is jointly operated by Shorten’s office and the party.

“Labor has never experienced any censorship of our communications on any social media platforms,” a party statement said. “We do not tolerate any outside interference that seeks to undermine our free and fair society.”

Fergus Hanson, head of the International Cyber Policy Center at the Australian Strategic Policy Institute, said politicians’ use of Chinese social media in the Australian political debate created the possibility of censorship and self-censorship on subjects sensitive to China.

“It’s pretty outrageous that you’re in a situation where an Australian politician in a full-blown democracy is being censored in what they can say by the Chinese government trying to speak to other Australians within Australia,” Hanson said. “It’s absolutely preposterous.”

Hanson’s own research estimated that there were 1.5 million active WeChat users in Australia including Chinese-speaking Australians, tourists and international students. Australia has a population of 25 million.

ABC reported that in a live WeChat forum last month, Shorten was asked a series of questions relating to the Chinese tech giant Huawei that was banned from Australia’s 5G network rollout, Chinese political interference, a billionaire Chinese businessman banned from Australia and perceived negative views of the Chinese Communist Party.
Shorten did not answer any of the questions, the ABC reported.

Fergus Ryan, a Chinese-speaking cyberpolicy analyst at the Australian Strategic Policy Institute who has a WeChat account, suspected Shorten had self-censored.

“It might not be viable for them to answer every single question, but it would seem that … he certainly side-stepped a lot of those sensitive questions,” Ryan said.

The Chinese Embassy in Australia did not immediately respond on Wednesday to a request for comment on the political leaders’ use of WeChat and whether the same censorship rules applied. /ee