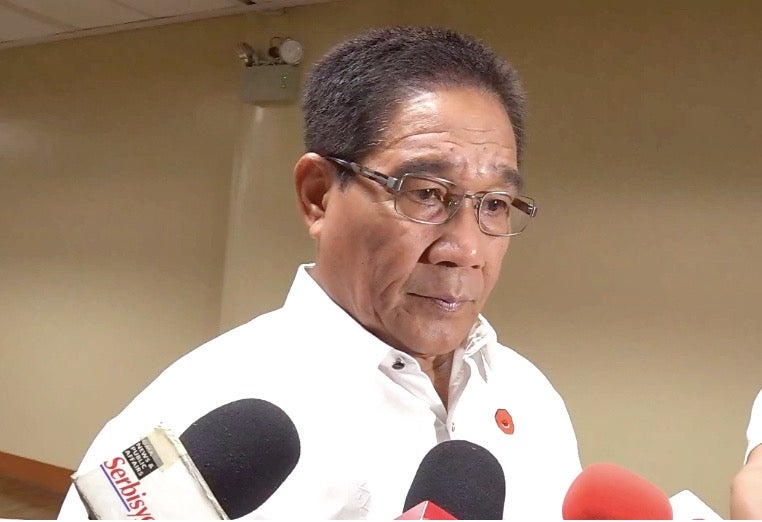 MANILA, Philippines — The Philippines should increase its defense spending in order for the Armed Forces of the Philippines (AFP) to fully perform its mandate in securing the country’s territory, National Security Adviser Hermogenes Esperon Jr. said.

The retired general said the armed forces is always more than ready to do its job to defend its stakes in the South China Sea, but its capabilities should be beefed up.

“We just want to assure you, having come from the armed forces, that we are ready anytime but you have to capacitate us also. Otherwise, we go for other things,” he said on Wednesday at a forum on the West Philippine Sea.

The Philippines passed a law calling for the modernization of the AFP in 1995, after China’s occupation of Panganiban Reef (Mischief Reef), which is located within the Philippines’ exclusive economic zone. The implementation of the 15-year plan didn’t go as planned and turned out to be a failure.

“We really haven’t got anything except from the savings of the Presidents, so who do we blame for this? Do we blame the senators or the congressmen? Or we as a nation?” Esperon said.

“It seems like we are not willing to spend for defense, but we want defense. So where do you put the Armed Forces in that arrangement? Our defense spending is about 1.1% of the GDP (gross domestic product)…China has more,” he added.

“We are now trying to build capability. We are maintaining our presence in the Kalayaan Island Group. We have put lighthouses; we will repair the airstrip. It will be an all-weather airstrip,” he said.

The Philippines was the first of the claimants in the South China Sea to put an airstrip in the Spratlys back in the 1970s. Other claimants only followed suit.

China built its massive artificial islands only in recent years.

“If you want all these parts of the territory to be defended, don’t look at the armed forces. You look at the other officials,” Esperon said. /je