BINMALEY, Pangasinan — The mayor of this municipality, who is running under the United Nationalist Alliance (UNA) political party, has pledged support to opposition senatorial candidates whom he described as close to his heart.

“Pagdating dito sa mga Otso Diretso, still, my heart is with them…” Binmaley Mayor Simplicio Rosario said in an interview at the municipal hall after Marawi civic leader Samira Gutoc, former solicitor general Florin Hilbay, and representatives of other opposition bets paid a courtesy visit to him, Wednesday.

“Basta ang promise ko lang sa kanila, actually ako’y nagpe-prepare ng sample ballot, that’s the only way I can help them,” the veteran politician who is seeking reelection for the last time added.

Despite belonging to a rival political party, Rosario said he was a member of the Liberal Party and has “debt of gratitude” to former President Benigno “Noynoy” Aquino III.

He nonetheless pledged support for the eight-member opposition team, saying he sees nothing wrong with it. The local executive also introduced the slate to couples whom he was about to wed, as well as to employees of the municipal hall.

“We are free to choose… what’s wrong with it? ‘Di ko naman sinasabi I’m against this administration,” Rosario said, noting that he is also supporting the senatorial bids of his close friends Nancy Binay and Francis Tolentino.

Binmaley has more than 60,000 voters, according to Rosario. 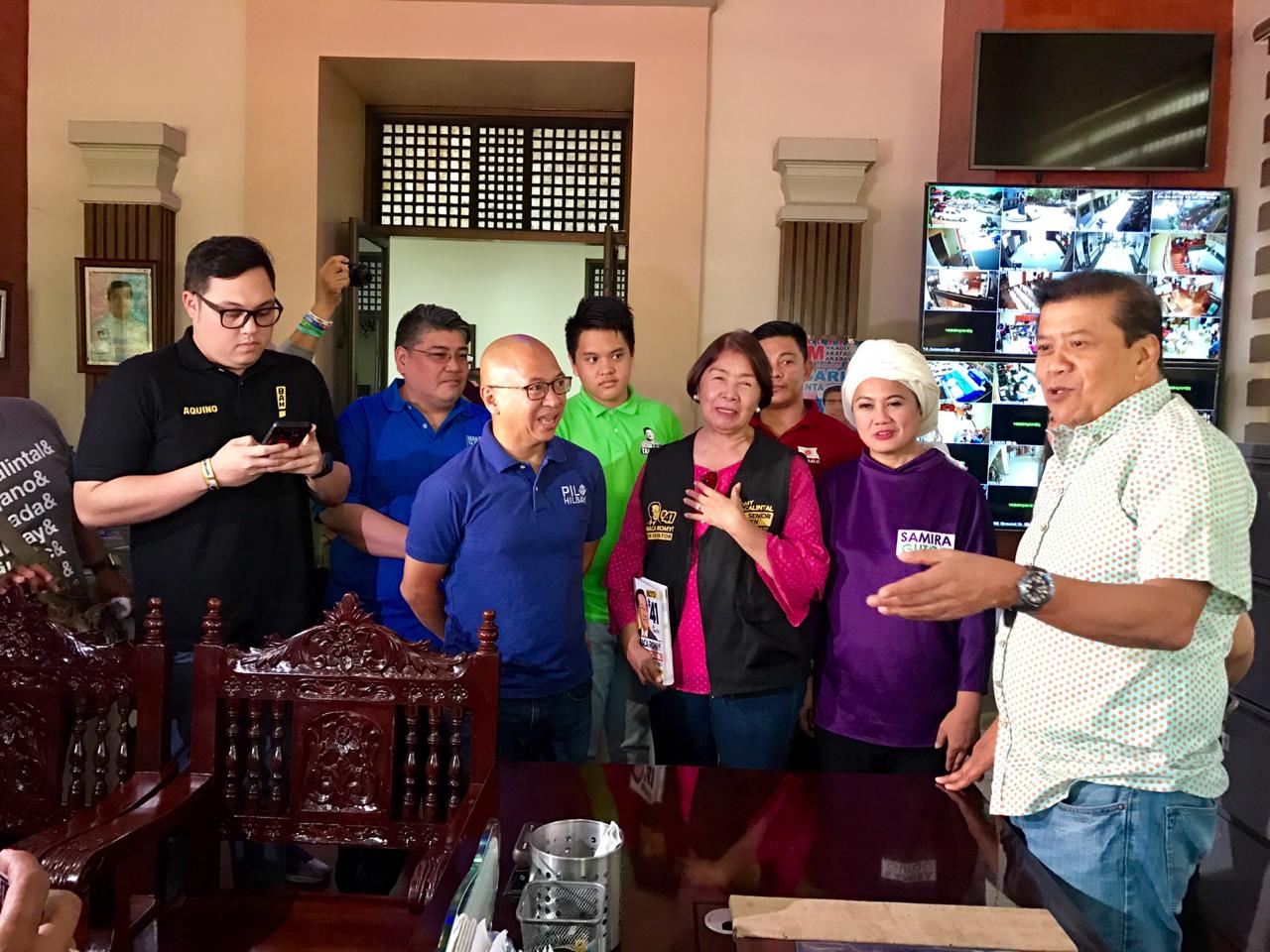 Hilbay and Gutoc, meanwhile, expressed hopes that they could convince the more than 1.9 million voters of the third vote-rich province to choose the opposition.

“We are here (at) the LGUs (local government units) to make us known, eh voter’s education to eh. We don’t have the chance to be heard by the government TV so we are here in the LGUs to make ourselves known,” Gutoc added.

Gutoc said “spreading” the Osto Diretso members to different campaign sorties across the country is part of their campaign strategy for the remaining 19 days of the campaign period. /kga