COLOMBO, Sri Lanka – The death toll from the Easter suicide bombings in Sri Lanka rose to 359 and more suspects have been arrested, police said Wednesday.

The Islamic State group has claimed responsibility and released images that purported to show the seven bombers who blew themselves up at three churches and three hotels Sunday in the worst violence this South Asian island nation has seen since its civil war ended a decade ago. 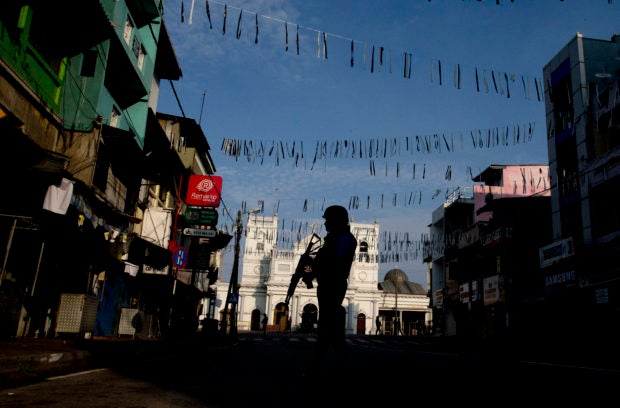 The government has said the attacks were carried out by Islamic fundamentalists in apparent retaliation for the New Zealand mosque massacre last month but has said the seven bombers were all Sri Lankan.

The prime minister had warned on Tuesday that several suspects armed with explosives were still at large.

The Islamic State group has lost all the territory it once held in Iraq and Syria and has made a series of unsupported claims of responsibility around the world.

The IS group’s Aamaq news agency released an image purported to show the leader of the attackers, standing amid seven others whose faces are covered. The group did not provide any other evidence for its claim, and the identities of those depicted in the image were not independently verified.

Meanwhile, in an address to Parliament, Ruwan Wijewardene, the state minister of defense, said “weakness” within Sri Lanka’s security apparatus led to the failure to prevent the nine bombings. /gsg