Oil prices jump as Trump cracks down on Iranian exports

NEW YORK, United States – Oil prices jumped to near six-month highs on Monday as the Trump administration cracked down on Iranian oil exports, announcing it would no longer grant waivers from US sanctions. 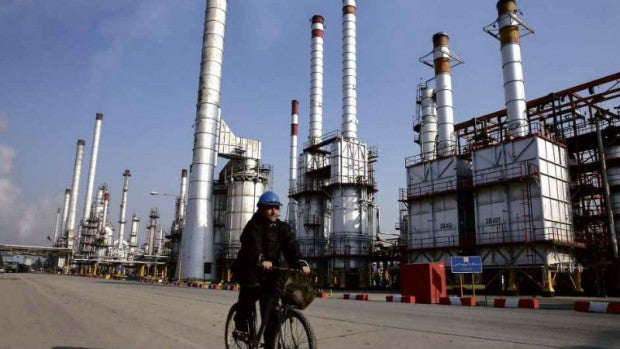 The announcement came on an otherwise quiet day for global stock markets, with European bourses on holiday and Wall Street trading sideways ahead of major earnings releases later in the week.

The White House announced it was calling an end to six-month waivers that had exempted countries from unilateral US sanctions on Iranian oil exports.

Starting in May, these countries — China, India, Turkey, Japan, South Korea, Taiwan, Italy and Greece — would face sanctions if they continue to buy the oil.

“The Trump administration and our allies are determined to sustain and expand the maximum economic pressure campaign against Iran to end the regime’s destabilizing activity threatening the United States, our partners and allies and security in the Middle East,” the White House said in announcing its move.

Oil prices jumped on the news, with the US benchmark West Texas Intermediate ending at $65.70, up 2.7 percent.

“The market is trying to assess how much crude oil will be impacted,” he said, adding that he thinks China will continue to buy from Iran.

Higher oil prices gave a lift to US petroleum companies, including Dow members Exxon Mobil and Chevron, which won 2.2 percent and 1.7 percent respectively.

Petroleum-linked shares were among the winners on an otherwise quiet open to a Wall Street trading week heavy with earnings release.

Analysts see the coming four days as the most critical period for first-quarter earnings.

The S&P 500 is projected to see a 3.9 percent decline in first-quarter earnings per share, according to FactSet. If that happens, it would be the first year-over-year decline since the second quarter of 2016.

Analysts have been broadly upbeat about earnings thus far, with most companies besting lowered expectations. /gsg