newsinfo / Headlines
Headlines
PRESIDENT’S ‘MATRIX’ OF OUSTER PLOT AGAINST HIM 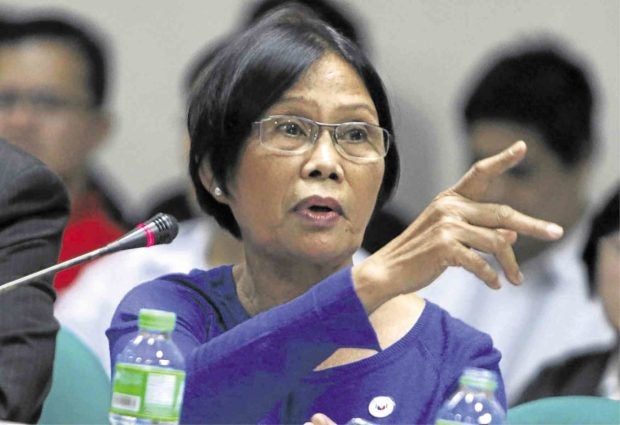 MANILA, Philippines — “[I]f this is the kind of intelligence report that the President gets and bases his actions and policies on, the country is in big trouble.”

This was the reaction of journalist Ellen Tordesillas, who was named in a banner story of The Manila Times, titled “Oust Duterte plot bared,” as the distributor of the so-called Bikoy video clips that claimed that the Duterte family had received money from the narcotics trade.

The news report was written by Dante Ang, chair emeritus of The Manila Times and the President’s special envoy for international public relations.

“It’s (alarming) how they come up with such an outrageous allegation against you. It’s like an assault on your person to be accused of such,” said Tordesillas, a columnist for the Malaya newspaper and Vera Files trustee.

She said the President’s allegations against her and her fellow journalists again showed his disdain for people raising valid criticisms of his administration.

“Why is [the President] mad at the media? If he’s being criticized by [the] media, he should just answer the criticisms against him,” she said.

Other journalists and a lawyers’ group slammed the “matrix” released by Malacañang and The Manila Times that linked them to a supposed destabilization plot.

In separate statements, the groups expressed alarm over the accusations, saying that these could be a prelude to a crackdown on independent media groups and human rights lawyers.

Rappler CEO Maria Ressa assailed what she called the unethical and unresponsible journalism by The Manila Times.

“This ‘matrix’ story is an example of how not to write an investigative report — not even everyday straight news,” Rappler said in a statement.

Francis Lim, lawyer for Gloria and Ressa, said in a statement that his clients were “just doing their duty as journalists.”

“If we consider independent journalists as destabilizers, then our democracy is in grave peril,” Lim said.

Ressa took to Twitter throughout the day to vent her frustrations, expressing incredulity at what she called “yet another Palace ploy to harass journalists.”

“Such levels of incompetence — like sending the 3rd string to play in a basketball game. All we can do is laugh and hold the line,” she said of the matrix, which was ridiculed on social media for what appeared to be its substantive lack of underlying evidence.

Ressa is facing tax and cyberlibel charges that she has denounced as an attack on press freedom.

On the allegation the ouster plot was being coordinated with Tordesillas, Ressa said: “It’s been years since Ellen and I have even e-mailed each other. Good God.”

The National Union of Journalists of the Philippines (NUJP) said the story could lay the ground for future attacks on the press, already under siege under the Duterte administration.

“For what Ang has done is no different from the narcolists his principal, President Rodrigo Duterte, is so fond of trotting out every now and then sans evidence but which often amount to hit lists, death sentences without the benefit of trial,” the NUJP said.

Calling the matrix “hogwash,” the group assailed both the alleged source and Ang for failing to explain the nature of the links between Rappler, Vera Files, the Philippine Center for Investigative Journalism (PCIJ) and the National Union of Peoples’ Lawyers (NUPL).

Rappler, Vera Files and PCIJ have been publishing reports critical of the Duterte administration.

The latest story that earned the ire of the President was PCIJ’s series on his wealth and that of his children, Davao City Mayor Sara Duterte and former Davao City Vice Mayor Paolo Duterte.

Should any harm come to the journalists and lawyers linked to the supposed matrix, Ang should be held accountable, the NUJP added.

Over walls of credulity

The NUPL said the accusations had “certainly gone over the walls of credulity.”

“It is not only a bait to engage in absurd and endless tit for tat to distract us,” it said in a statement.

“It would have been amusing were it not perilous to the safety, security and liberty, if not the lives, of each of the 500 or so lawyers” and other legal members of their group.

The Manila Times story also admits to a crime that may have been committed, said the PCIJ, noting that it offered “tacit admission” that the experts cited in the story, apparently working with the Office of the President, had supposedly invaded the privacy of the correspondence of the singled-out journalists. —Reports from Jhesset O. Enano, Marlon Ramos, Matthew Reysio-Cruz, and Daphne Galvez