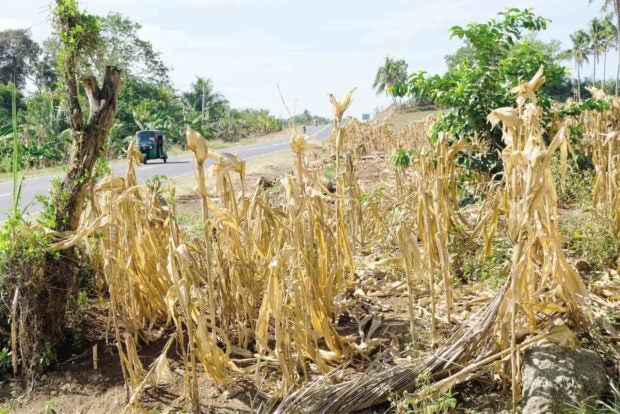 KORONADAL CITY, Philippines — Farmers in Soccsksargen region in central Mindanao are selling their working animals to avert further losses, as about 15,000 hectares of farmlands in the region have reported crop damage from the impact of the El Niño.

Fr. Ariel Destora, director of the Social Action Center of the Diocese of Marbel, said the scorching heat had been parching grasses to the detriment of the farm animals and their owners.

“Some farmers have been forced to sell their carabaos and cows because they have nothing to feed them, what with the El Niño wilting the grasses they feed on,” the priest said.

Destora appealed to the public for donations to help the beleaguered farmers and other civilians affected by El Niño, a weather condition associated with warmer temperature and reduced rainfall.

In some parts of the diocese, which straddles the provinces of South Cotabato and Sarangani and parts of Sultan Kudarat, General Santos City and North Cotabato, residents have been suffering from lack of water as wells dry up because of the intense heat, he said.

“Life has become hard for those severely affected by the El Niño,” Destora said.

North Cotabato, which suffered the brunt of El Niño’s wrath, had declared a state of calamity after crop losses reached at least P620 million.

Of 18 local governments in North Cotabato, nine were severely affected by the dry spell, each of which had earlier declared the town under state of calamity.

In South Cotabato, El Niño damaged agricultural crops worth at least P12 million as of March this year, according to the data from the provincial agriculture office.

Ray Embajador, officer in charge of the Department of Agriculture field operations in Region 12, said they had conducted five cloud seeding sorties so far to induce rain and cushion the impact of El Niño.

“We are doing our best to help the [affected] farmers. Our validation is continuing to provide them with the appropriate intervention,” he told the Inquirer.

Embajador did not provide the actual cost of damage of El Niño in the region, saying they were still counterchecking the reports submitted by the local governments.

At least 71,909 families consisting of 359,545 people have been affected by El Niño in North Cotabato alone, data from the National Disaster Risk Reduction and Management Council (NDRRMC) released on April 12 showed.

In the entire country, the NDRRMC placed the losses to the “weak” El Niño at P5.05 billion.

El Niño has been expected to persist until October, the Philippine Atmospheric, Geophysical and Astronomical Services Administration said.