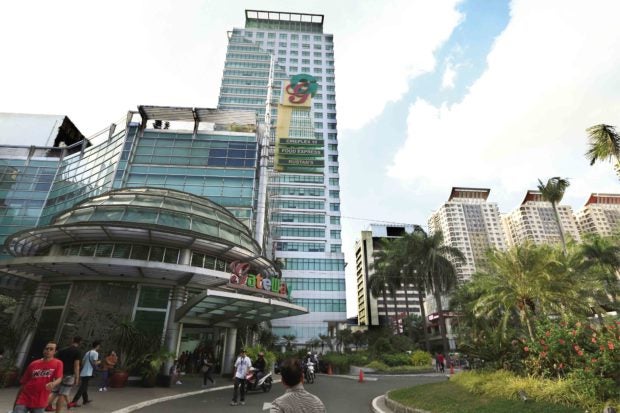 SHOPPERS’ HAVEN One of the newer landmarks in the Cubao Growth Center is Gateway Mall, Araneta Coliseum’s “neighbor.”

MANILA, Philippines — In Solimann Shoes, one of the oldest shops at the Cubao Expo in Araneta Center, Quezon City, you can find a rack of unclaimed made-to-order footwear belonging to celebrities, including actor John Lloyd Cruz and the late basketball legend Bobby Parks Sr.

Its manager, 67-year-old Artemio Diparin, started working at the shoe store two years after it opened in 1968, making him a witness to the commercial district’s steady growth through the years.

“During the 1970s, when this area was still called Marikina Shoe Expo, many tourists would come here for personalized shoes. Ali Mall, Shoemart [now known as SM] and other malls had yet to be built; we only had Fiesta Carnival and the C.O.D. Department Store Christmas display for entertainment,” he said.

“But now,” he added, “malls are towering over us.”

The landscape of Araneta Center has indeed changed over the years. Aside from malls, there are now also hotels, condominiums and call centers in one of Metro Manila’s oldest central business districts.

To solidify its role as the “nucleus of growth,” Araneta Center, also known as the Cubao Growth Center, was declared one of Quezon City’s tourism districts though Ordinance 2796-2018 signed earlier this year by Mayor Herbert Bautista.

The ordinance also recognized the area’s “six decades of being the country’s pioneer in commercial center operations.”

“Cubao is already a historic center in itself and the declaration only highlights its distinct character as an economic and cultural hub,” Divina Pascua, head of Quezon City’s tourism department, told the Inquirer.

She said the development plan for the area would boost cultural and economic tourism not only for malls and big businesses, but for small enterprises as well.

“We hope that big establishments will [not be the only ones to] benefit from this, because Cubao goers come from all walks of life [and they] also seek alternative sites aside from malls,” Pascua added.

This was good news to owners of homegrown shops at Cubao Expo like Hazel Roldan of Katha Lifestyle Store. 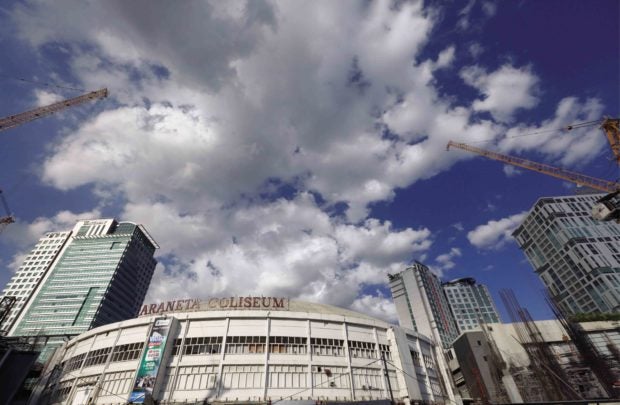 OLD AND NEW High-rise buildings loom over Araneta Coliseum, the most enduring landmark in one of Metro Manila’s oldest central business districts. —PHOTOS BY EDWIN BACASMAS

“The place could offer something way more than the malls. The vintage stores here are curated and cared for by [their] owners. We have a very rich culture here because people know each other,” she said.
Symbiotic relationship
Pascua said the promotion of the district would not be selective and would highlight the “symbiotic relationship” between big and small businesses.

“We think establishments in Cubao adhere to a business principle where they lift each other up,” she noted.

Under the new ordinance, her department would launch promotion and marketing campaigns in Cubao, including concerts, food and book fairs, art competitions, cultural shows and sporting events. 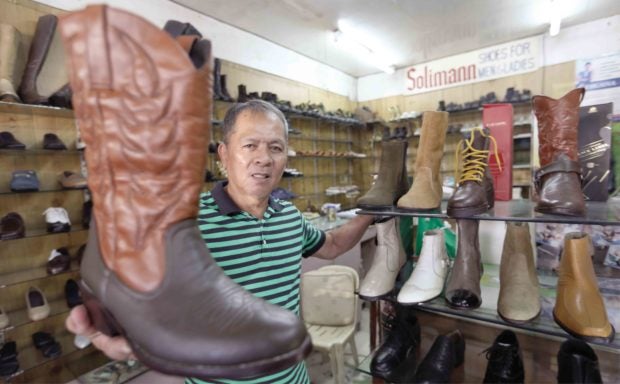 BUSINESS BOOSTER Artemio Diparin, the manager of Solimann Shoes which is one of the oldest shops at Cubao Expo, is hopeful that both big and small businesses will benefit from the ordinance.

As a tourism district, the Cubao Growth Center will also host educational guided tours for the public.

A visitor information center and souvenir shop, meanwhile, will be set up by Araneta Center management where guests or visitors could get maps, brochures and other educational materials about the area.

According to Pascua, the city government was also considering declaring the Cubao Growth Center a special economic zone, although it would first have to weigh the pros and cons.

“For the local government to [attract] … investors, you must give them incentives and tax holidays. But this is challenging. If we will grant that and give them a tax break for five years, there could be a stagnation in revenues. We’re carefully studying it,” she said.

She added that they recently met with executives from the Araneta Group of Companies who welcomed the recognition of the district’s role in the city’s history.

“We can even consider the Big Dome, now the Smart Araneta Coliseum, a heritage site because of its age. It hosted important events like the “Thrilla in Manila” in 1975,” said Pascua, referring to the world heavyweight championship boxing bout between Muhammad Ali and Joe Frazier.
Third tourism district
Araneta Center is the third tourism district under the Quezon City Tourism Development Plan (QCTDP) for 2012 to 2020.

The first two were Maginhawa Street in Teacher’s Village and the Chinatown district in Banawe, said Pascua.