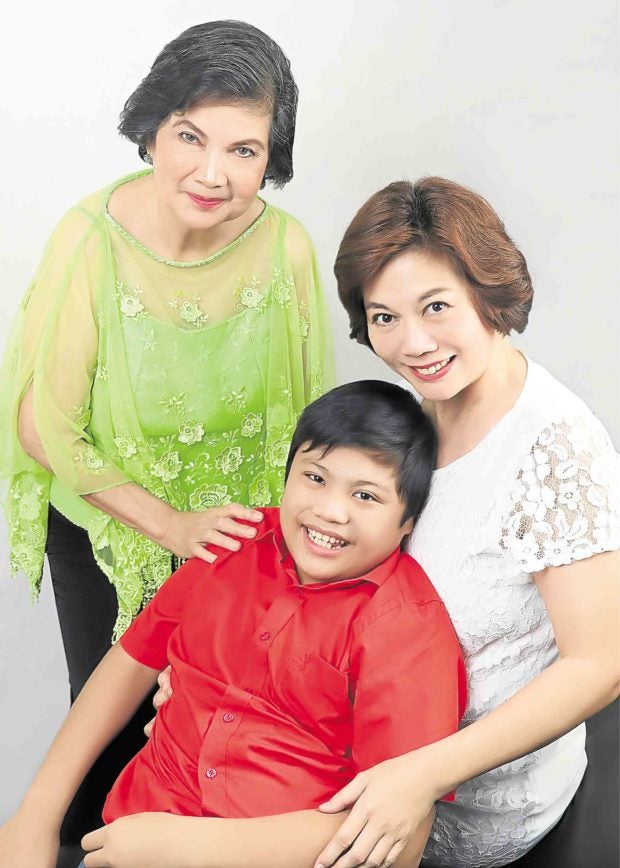 EXTREMELY CARING He may have autism, but Zac is an extremely caring boy who loves to laugh, says his mother Arlene and grandmother, Cora.

“Your son has autism. Do you know what that means?” When the developmental pediatrician revealed her diagnosis on my 4-year-old son Zac in September 2011, I felt I was in a free fall.

The doctor continued:  “You will run your household like a military general.”

Rain was pouring when we went back home, the dark clouds seemingly foreshadowing the uncertainty in Zac’s future.

My marriage had just ended a few days ago. I thought there should be some interval between crises.

I had considered Zac my miracle gift from God, given that I had him when I was 34 and eager to experience motherhood.

An obstetrician-gynecologist had declared that I could not conceive due to four benign tumors in my uterus. So I changed my OB. I trembled when I first held Zac in my arms.

He would turn out to be a boy who loves to laugh and is extremely caring. When Zac was 2, as we were leaving his grandmother’s house and he saw that she would be left alone in her bedroom, he was so concerned that he put his stuffed toy beside her to keep her company.

When we walk in public places, Zac would always check who was falling behind to make sure that person could catch up with the group.

At the same time, I noticed that Zac lacked the natural desire to speak and expressed himself through gestures. He would utter a word or two only when prompted.

When he was 3, he could not adjust in preschool. He was constantly in motion and was restless inside the classroom. 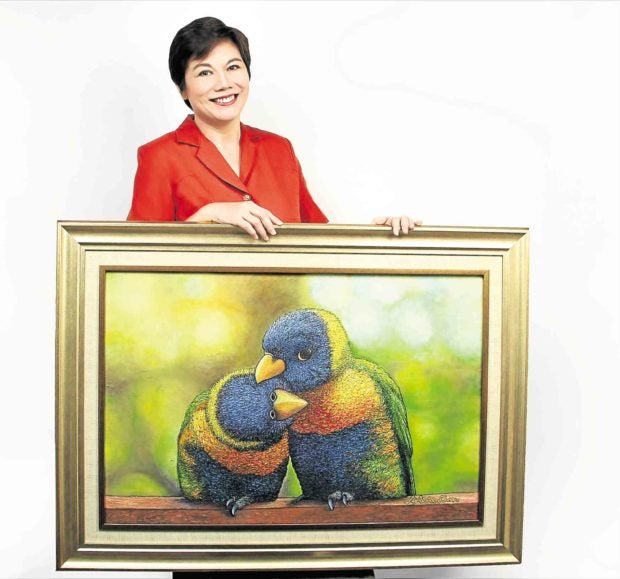 A NEW WORLD UNFOLDS Lim with some of her artworks. Painting was a talent she discovered after quitting her job to take care of her son full time.

Following the doctor’s diagnosis, I drew up a full schedule for Zac and transformed him into a little soldier.

The rigid schedule did not faze my son, who meekly followed his regimen.  All he wanted to do was please me.

But autism and its many physical limitations still have a hold on him: he cannot stand noise and is oversensitive to sound. He would scamper to his room when he hears the engine of a passing motorcycle or an airplane flying overhead. 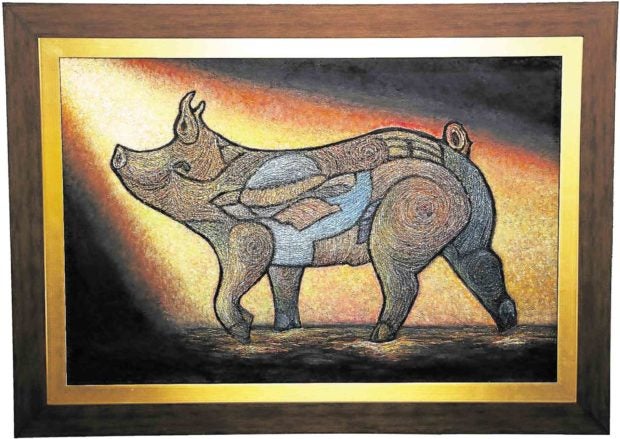 He’d also get disoriented, running toward an approaching car when we strolled around the village. It would take all my strength to pull him back to safety as the vehicle screeched to a halt.

Zac’s body is like a car with no brakes. When he gets excited or upset, his body would generate electric shocks that make him freeze instantly. It would look like he’s in a fit of rage but he is actually begging to be rescued from excruciating agony.

Strong medicines provide relief, but may cause brain and liver damage over time.

Getting nannies who have compassion for special children can be a challenge,  with eight nannies joining us for brief periods in a span of two years.

I used to work as executive producer for a leading 24-hour English television news channel, and got high with the speed, precision, accuracy and order required by news coverage.

At home, I would always be on my mobile phone.  At one point, out of desperation to call my attention, Zac threw away the gadget.

Apart from my work in the newsroom, I was also enrolled in law school.

One late night, as I was studying in silence, I noticed a movement behind my huge pile of law books and saw Zac trying to stay awake, his head cradled on an arm as he slumped on the table. When he saw that I finally noticed him, his face lit up. He so wanted to spend time with me that he contented himself with sitting quietly behind my books.

I began to sob uncontrollably, stood up, and kneeled before my son. “You shall never beg for my love again,” I promised him.

I resigned from my job and dropped my law studies. I also stopped the frantic search for nannies.

Alone with Zac at home, I asked myself, “what can I produce from here that people will like?”

The answer came like a lightning bolt — oil paintings!

About 25 years ago, I took a summer class and learned how to paint. During rare vacations, I would reproduce Vincent van Gogh’s paintings on huge canvases, finishing seven of his works as a hobby.  A very kind chef once displayed my painting in her restaurant and the piece was sold.

After I figured out what to do, God sent me His warriors.

Out of the blue, a cousin asked for a painting that would herald the birth of her first grandson. A friend of a relative wanted a painting based on their company logo, while a close friend asked for a reproduction of a master’s work.

My sister received an order for a painting when she posted my works online. When it was time to deliver the piece, I asked her for the client’s name so I could write a thank you note.

I was stunned. “What? Your client is a senator?!” I asked.

She had deliberately kept the VIP’s identity secret so she could create a moment like this.  We burst out laughing!

I went on to present my original paintings to gallery owners and they accepted the artworks.

At 47, my new goal is to find a career in the arts. That means a whole new, unknown world waiting to unfold. I feel so excited.

I realize now that God gave me a special talent, but I did not recognize it until I decided to give up everything to care for Zac.

I thought the doctor’s diagnosis on Zac was our darkest hour. As it turns out, God was just sending me a message through my son that I ought to be an artist.

The uncle of a special child once told me: “The Lord sends us beings whose hearts are pure and innocent in the form of special persons. They are here to purify our soul.”

Zac’s divine mission to purify my soul can be daunting.  But he has made me see the light of God.  With my son holding my hand, I am now walking toward it.