The province of Bukidnon celebrates the customs and traditions of seven indigenous groups, namely the Higaonon, Talaandig, Manobo, Tigwahanon, Matigsalug, Umayamnon and Bukidnon, who were the original inhabitants of the province.

The town of Pinamalayan in Oriental Mindoro province comes to life in rainbow colors as it celebrates its 103rd founding anniversary.

According to legend, early settlers of Pinamalayan came from Marinduque province. While on their way to Mindoro, they encountered turbulent weather and prayed to God that they find their way again.

The weather then cleared and a rainbow appeared, and they followed it to get to what is now Pinamalayan. 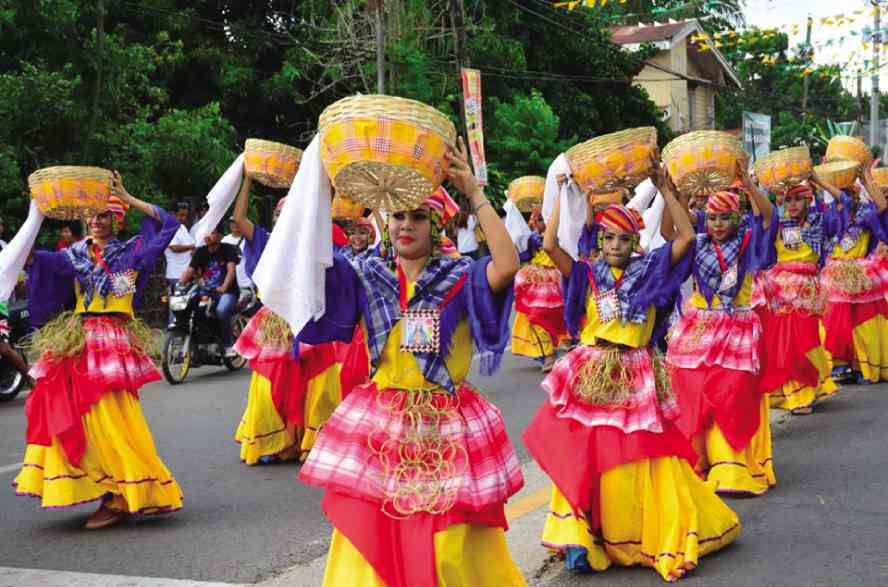 A thanksgiving event in Himamaylan City in Negros Occidental province for the good harvest in the past year.

A highlight of the festival is street dancing along the city’s main roads.