A beleaguered Trump feared ‘the end of my presidency’ 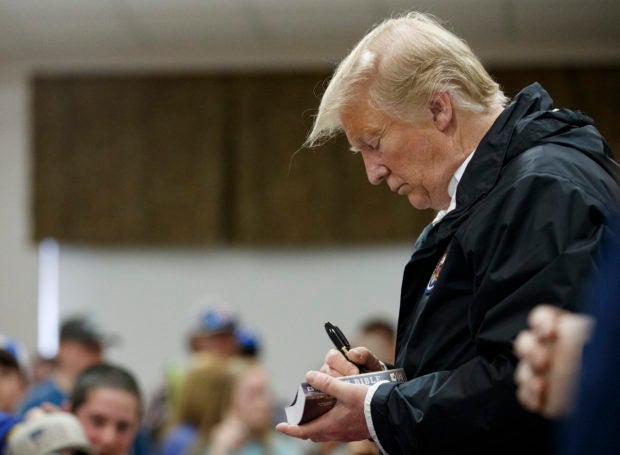 WASHINGTON — At the moment two years ago when Donald Trump learned a special counsel had been appointed to investigate his campaign and Russia, the president responded with profane fury — and something resembling panic.

He feared his presidency, then only a few months old, was over. He berated aides for not protecting him. His cocky assurance was nowhere in sight.

The Oval Office scene that day is vividly reconstructed in special counsel Robert Mueller’s report, released Thursday. Mueller traces how, at perilous turns in the Russia episode, aides took the brunt of Trump’s rage yet acted to save the president from himself — at times by letting his orders go unheeded and, at least in one instance, declining an entreaty to lie on his behalf.

On May 17, 2017, Trump was in the Oval Office with his attorney general, Jeff Sessions, Sessions’ chief of staff Jody Hunt and White House lawyer Don McGahn, conducting interviews for a new FBI director to replace James Comey, whom Trump had fired eight days earlier. Sessions left the room to take a call from his deputy, Rod Rosenstein, and returned to tell the president that Rosenstein had informed him of the special counsel appointment.

“The President slumped back in his chair,” Mueller wrote in his report, “and said, ‘Oh my God. This is terrible. This is the end of my Presidency. I’m f—ed. This is the worst thing that ever happened to me.'” (Mueller quotes the full profanity.)

“The President became angry and lambasted the Attorney General for his decision to recuse from the investigation, stating, ‘How could you let this happen, Jeff?'”

The reconstruction was based primarily on accounts from Hunt, with Sessions also supplying detail to Mueller’s team. Sessions said Trump asked for his resignation but when he brought him a letter of resignation the next day, the president had changed his mind.

Trump adviser Hope Hicks, describing the aftermath of that meeting to Mueller’s team, said she had only seen Trump that upset once before — when the “Access Hollywood” tape came out in the campaign, revealing Trump’s coarse comments about imposing himself on women.

Sessions had stepped away from Russia matters because his work on the Trump campaign raised questions of conflict of interest. He withstood searing heat from Trump over that move and pressure, both public and private, to reverse his recusal until he was finally forced out late last year.

Some other aides, too, refused to be compliant at major moments.

The report states that in the days after Mueller’s appointment, Trump opened an effort to discredit the special counsel, but ran into a wall from senior advisers such as McGahn, Steve Bannon and Reince Priebus, who was then chief of staff.

Then, a month into Mueller’s work, Trump moved to get him fired.

The report says that on June 17, 2017, Trump called McGahn at home and directed him to contact Rosenstein and tell him the special counsel must be removed.

“You gotta do this,” Trump told McGahn, according to the lawyer’s recollection to Mueller’s team.

“McGahn was perturbed by the call and did not intend to act on the request,” the report says.

Trump pressed the point with a follow-up call.

“Mueller has to go,” McGahn recalled Trump saying. Then: “Call me back when you do it.”

McGahn never did it.

And when early 2018 came around, Trump wanted McGahn to issue a denial that he’d ever been asked to press for Mueller’s removal in the first place. He summoned the lawyer to the Oval Office.

“McGahn refused to back away from what he remembered happening,” the report says, “and perceived the President to be testing his mettle.” /jpv