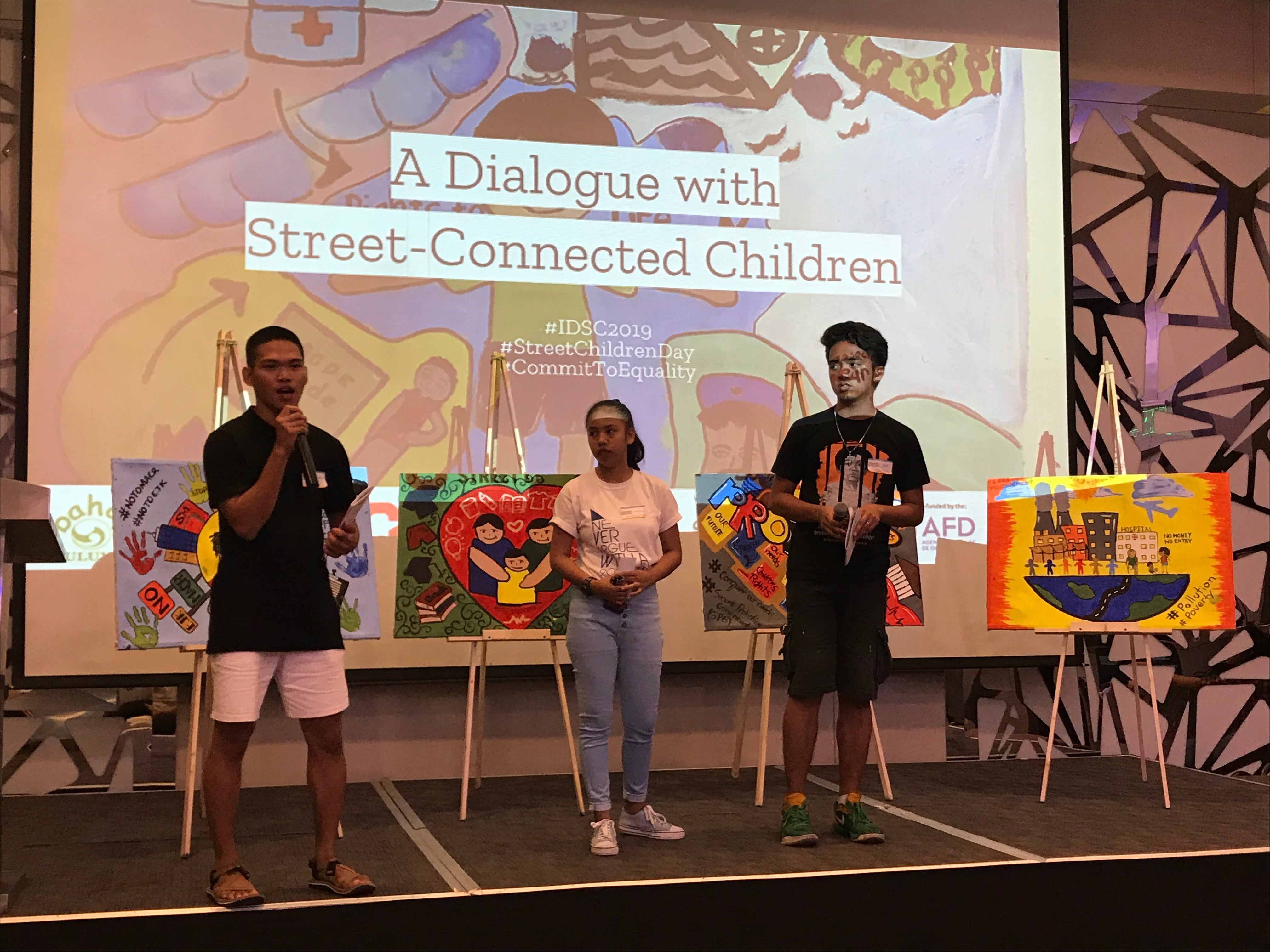 MANILA, Philippines – Topher, 16, once left his home to escape his family’s abusive hands.

For three weeks, he sought refuge in the rough streets of Parañaque City, begging for alms just to survive.

Topher is what the United Nations Convention on the Rights of the Child would call a “child in street situations,” or simply put, a street child.

During a forum with stakeholders, social workers and police officers, he was among 17 street children who voiced out their plights and their concerns.

Consolidating their own experiences and their concerns, these children presented their statements and their calls to action, accompanying them with art presentations, such as film, paintings, photography, and music.

Getting the message across

Lily Flordeliz, executive director of Bahay Tuluyan which organized the event, said that the ultimate goal is that the voices of the street children, who are “very marginalized,” are heard. 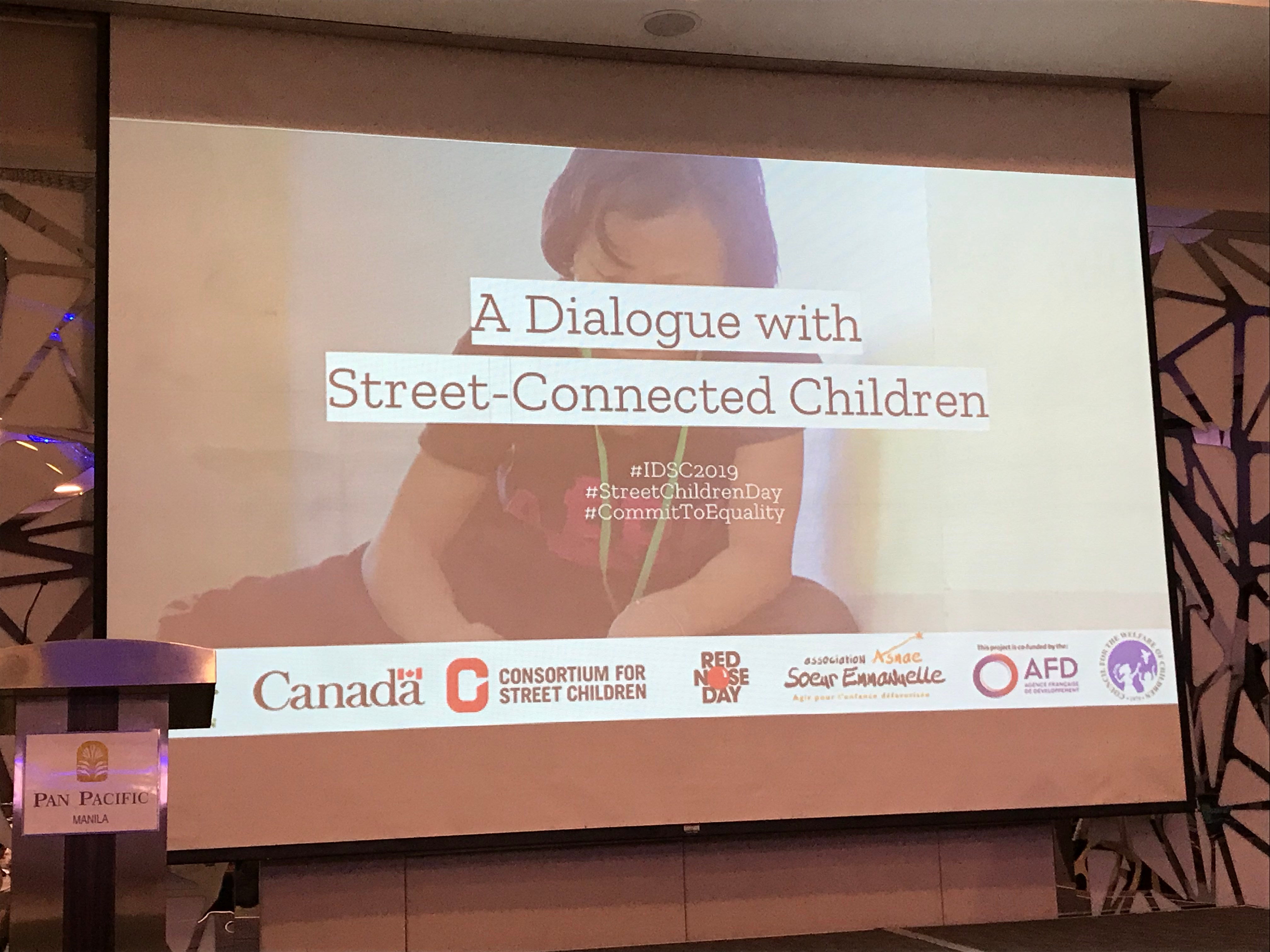 She said it is now up to the authorities and the stakeholders to act on the issues and respond to the call of the children.

“The most important thing is nangyari ito so just wait kung anong reaction o tingnan natin how quickly they can respond to the issues,” Flordeliz said.

“Naiintindihan naman natin na marami silang concerns pero dahil very marginalized ang street children. The most important thing that we have to do is let the message comes across,” she added.

Street kids have rights, too”

Divided into five groups, among the topics they tackled were child labor, education and child protection.

Gabo, who is one of these children, decried the abuse and the unequal treatment that street children are experiencing. Curfew? Where can the homeless go?

One of the policies raised that they deemed unfair is the curfew law, where children under the age of 18 are forbidden to dwell in the streets at certain periods, particularly at night.

Another street child, Erika, pushed for the abolition of the curfew policy.

The street children also revealed that they are forced to take on physically-challenging jobs just to help support their families. They also revealed that they cannot get an  education since they do not possess birth certificates.

Aside from this, they could not also afford the incidental costs of education, even in public schools.

Surviving in the urban jungle

Other topics discussed were survival and development, health disabilities, basic needs in life and family connections, and participation and freedom.

The children revealed that they are forced to live in the streets due to poverty, where there is no shelter, no food, no water, and no access to medical care.

They called on stakeholders and authorities to provide their families with shelter, and opportunity to have a livelihood. 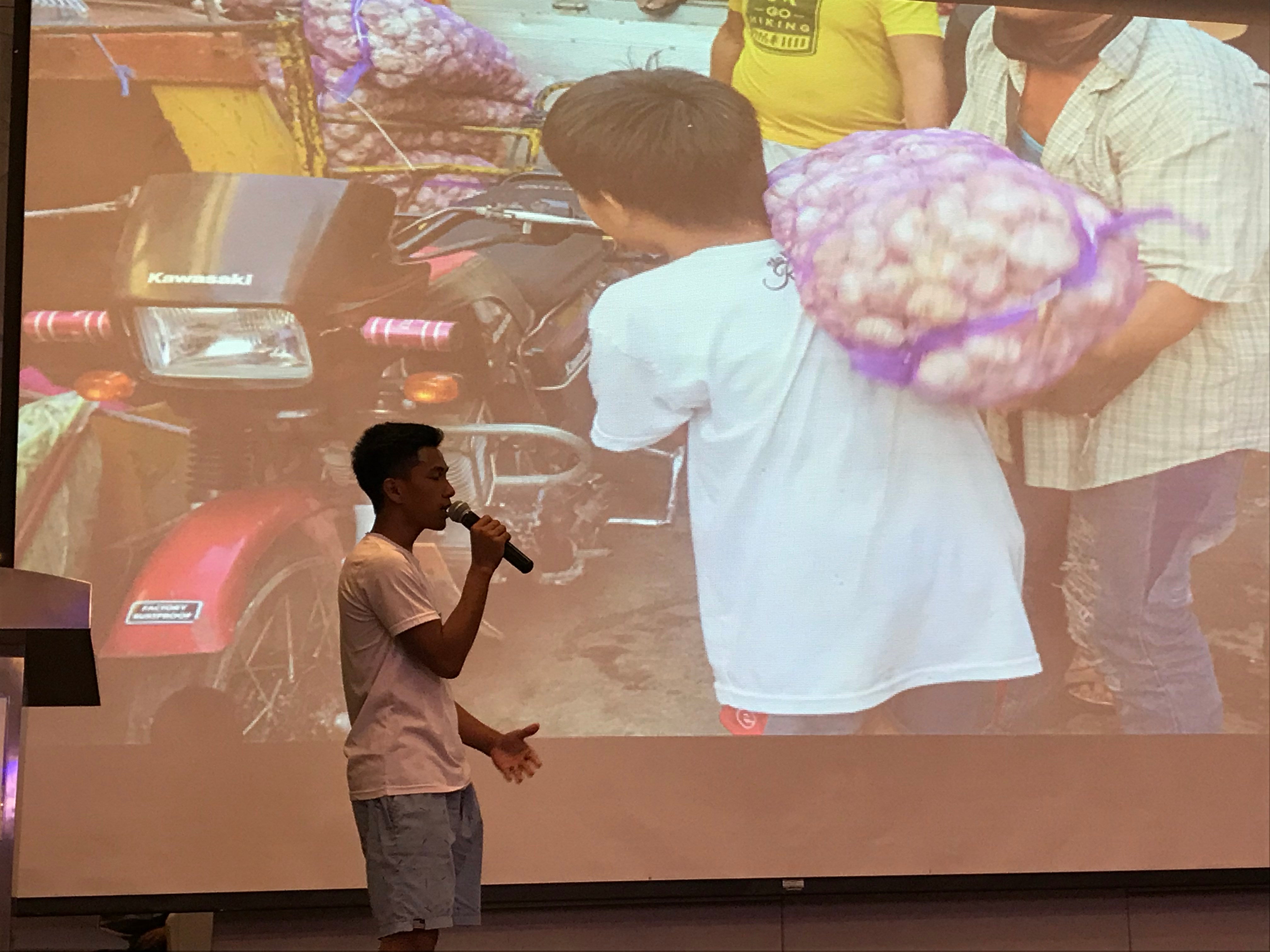 Other street children bared the unjust treatment they receive from police officers.

Some boys from Quiapo, Manila, said that that they get tortured by police officers whenever they are apprehended, and even threatened with death.

They appealed for just treatment from police officers and fair representation in the government.