Tagle to youth: Allow Jesus to cleanse you 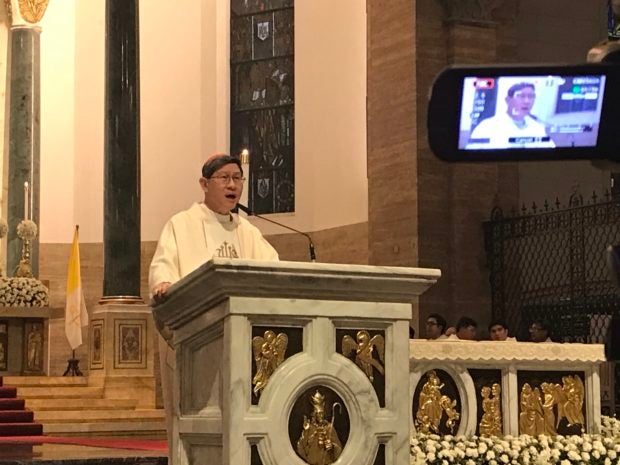 MANILA, Philippines — Manila Archbishop Luis Antonio G. Cardinal Tagle called on the youth not to shy away from Jesus Christ and allow Him cleanse them of their sins and troubles.

During Cardinal Tagle’s homily Thursday afternoon, he focused on the youth, reminding them that Christ himself was young when He “fulfilled his mission.”

“Jesus was young when he fulfilled his mission and in his resurrection…Jesus is forever young,” he said.

“Mga kabataan, please magpahugas kayo kay Hesus…Kaya niyang hugasan pati ang ating kasalanan, let Jesus wash you (Allow yourself to be washed by Jesus. He can wash your sins, so allow him to do so), don’t be afraid don’t be ashamed. The world will judge you, but Jesus will wash you,” he added.

He also called on the parents to become the bridge of Christ’s love for the youth.

(For the parents here, I hope that you can make your children feel God’s love for them so they will not doubt the existence of Jesus.)

He likewise emphasized how the youth should be guided, not abused or exploited.

“Ang mga kabataan ay dapat gabayaan, hindi dapat pinagsasamantalahan, ang kabataan dapat minamahal, hindi ibinibenta, niloloko, at pinagka-kwartahan (The youth should be guided, not exploited or sold),” he added. “Like Jesus, let us love the youth until the end.” /ee 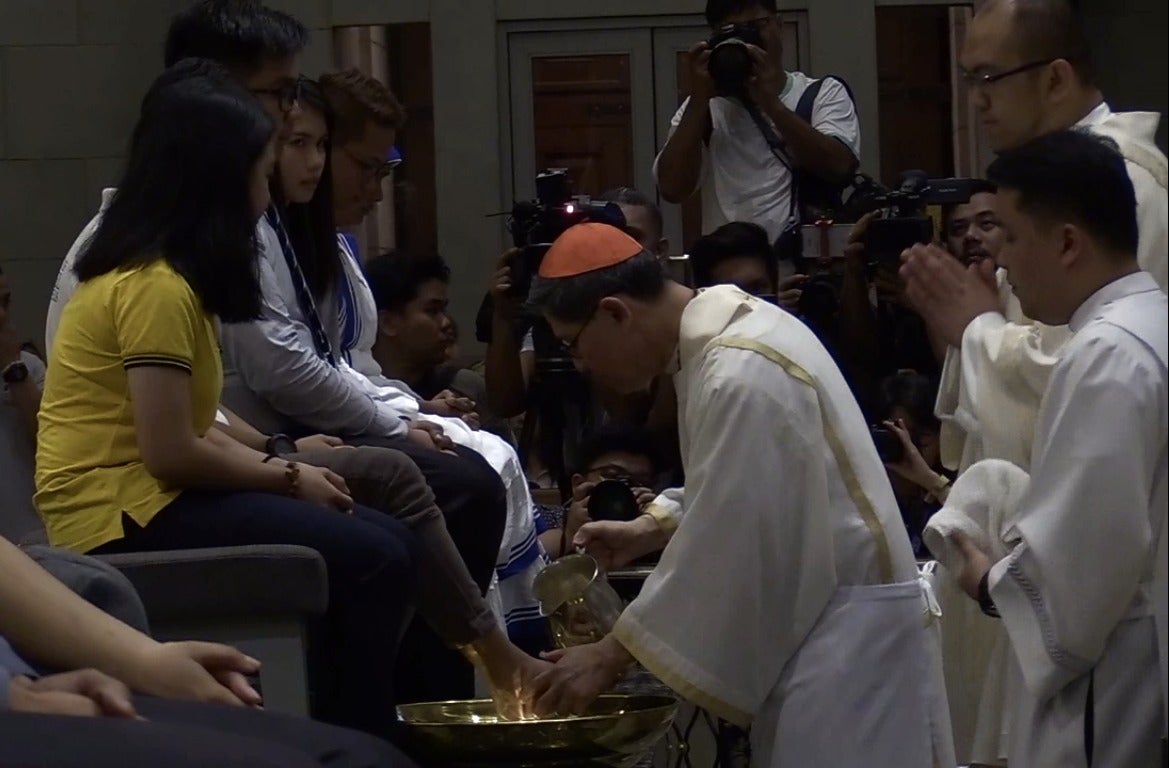 Washing of the youth’s feet

Reenacting the act of foot-washing done by Jesus Christ among his apostles before the Last Supper, 12 young people gathered before the altar of the Manila Cathedral to participate in the Holy Week rite.

The 12 young people, whose feet were washed by Tagle, included, among others, a church volunteer suffering from cerebral palsy, a missionary from Bangladesh based in the Philippines, a first time voter, and an active member of the youth ministry, among others.

For Nicole Anne Perez, one of the 12 whose feet were washed, she said she sees her participation as both a blessing and a responsibility. 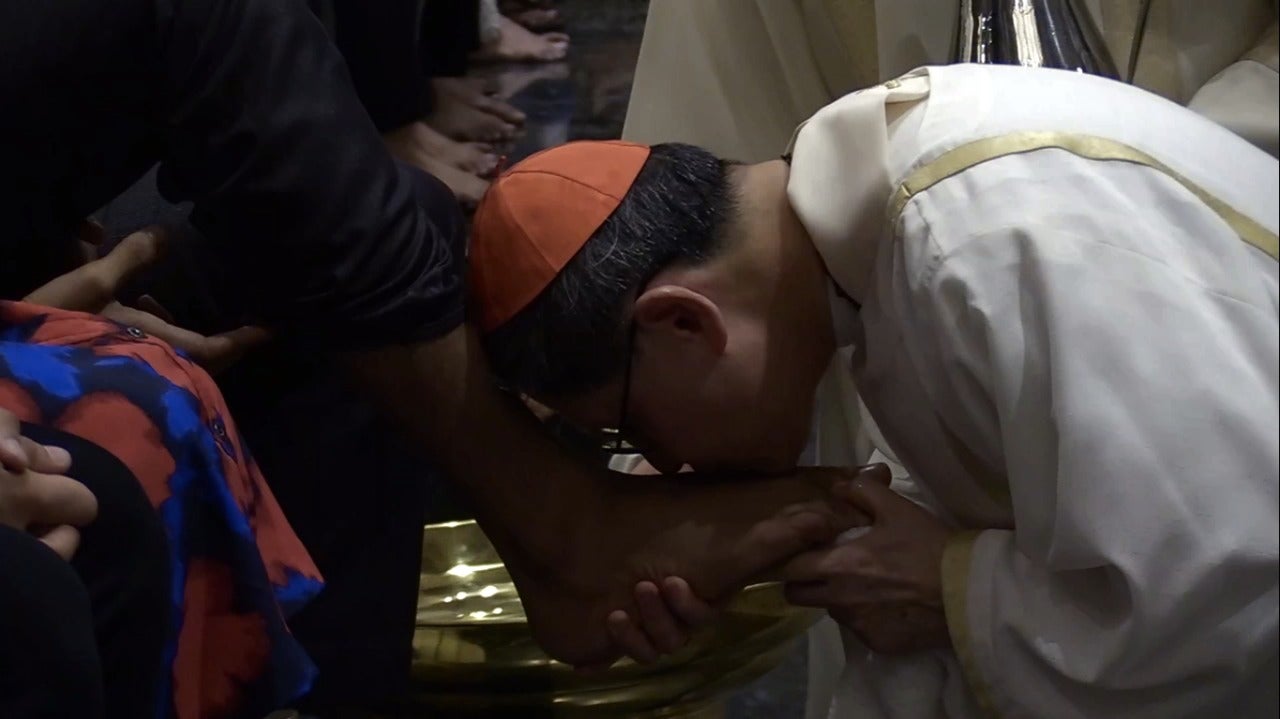 “It’s a blessing and of course it’s also a responsibility, a big responsibility for me kasi I no longer think of my own welfare but also those for the young people…pero I consider it at the same time a blessing,” Perez, who was appointed by Pope Francis as a participant to the 2018 Synod of Bishops on Young People, told reporters after the Mass.

Luna Mirafuente, who represented the first-time voters, echoed the sentiment of Perez. 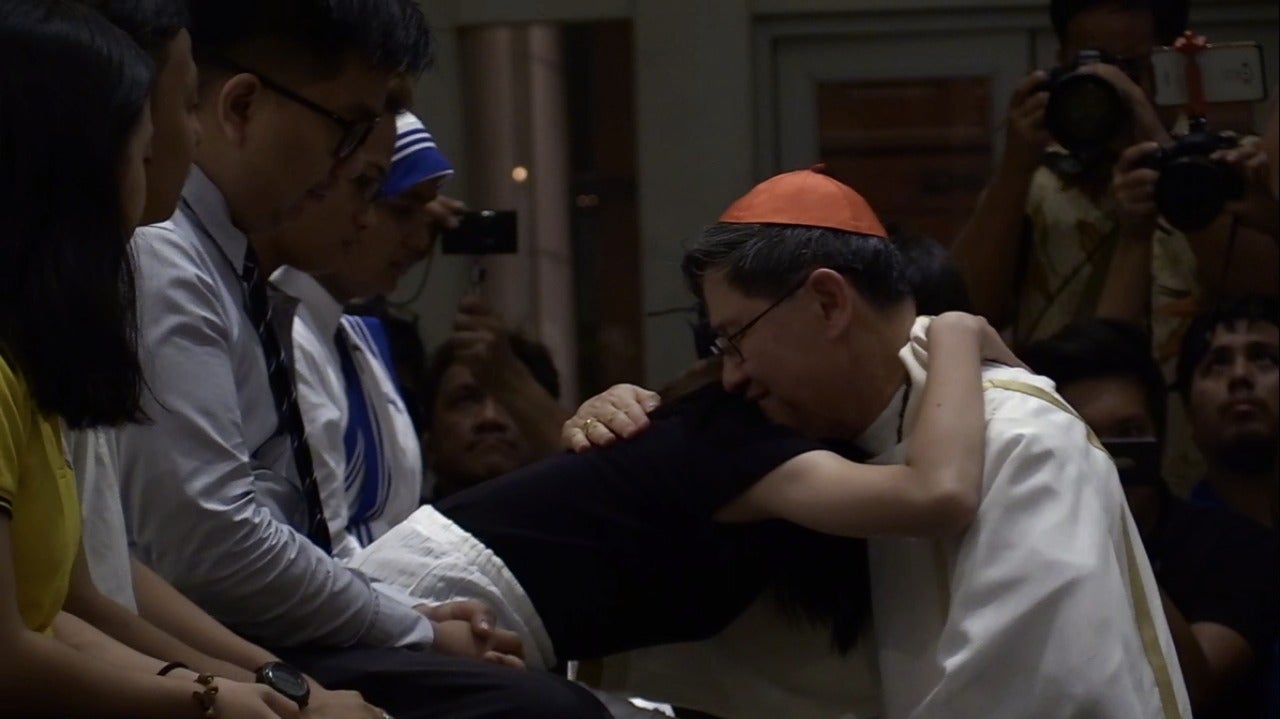