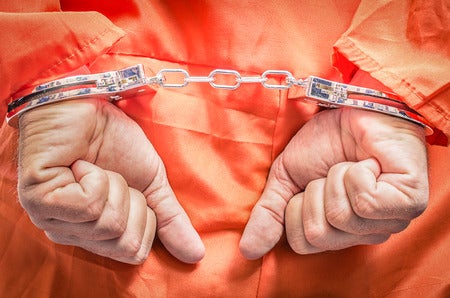 The 18-year-old teen who tried to do an “RKO” finishing wrestling move at his school principal was arrested again, this time for doing the same stunt to an “alligator.”

Gianny Sosa-Hernandez was arrested on Monday, April 15, after he wrestled with a plastic alligator display at a local mall in Kendall, Miami-Dade County, Florida, USA, WPLG Local 10 reported.

The report said Sosa-Hernandez wrestled with the inanimate alligator last March, which was worth  $3,690 (around P190,600) and which got damaged due to the incident.

Sosa-Hernandez had the video posted last April 4 on his Instagram page. Police were only made aware of what happened weeks later.

The teen then appeared in court on Tuesday, April 16. The judge found Sosa-Hernandez eligible for pretrial services, with an alternate bond of $5,000 (P258,375). He was also ordered to stay away from the mall.

Sosa-Hernandez apologized to police before he was arrested, as per the report. He now faces a criminal mischief charge.

Last week, Sosa-Hernandez was arrested for attempting the “RKO” at his school principal. He was charged with battery for that incident, and was later released from jail without having to post bail.

The “RKO” is a signature finishing wrestling move by World Wrestling Entertainment Superstar Randy Orton, wherein the opponent’s head is grabbed with a backward flying lunge move, and later slammed to the ground.  Katrina Hallare /ra