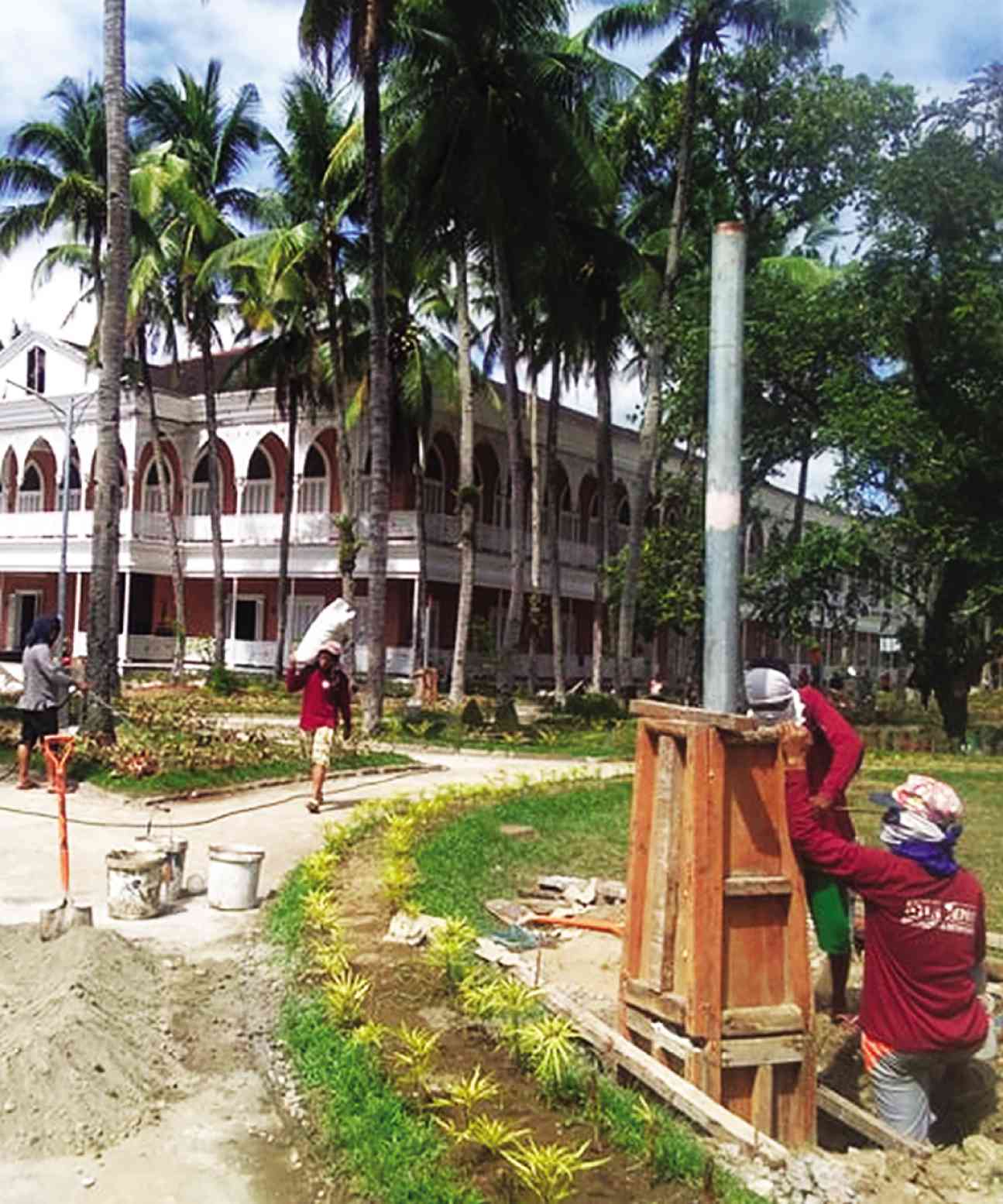 TACLOBAN CITY — A sprawling property sequestered from the family of the late dictator Ferdinand Marcos is being spruced up.

At least P10 million has been allocated for the repair of the Sto. Niño Shrine and Heritage Museum, which was built by then first lady Imelda Marcos from 1979 to 1981.

The funds were taken from the Department of Tourism (DOT) under its Yolanda Comprehensive Rehabilitation and Recovery Project.

The repair work involving landscaping and drainage began early this year and is due for completion before June 30, when Tacloban celebrates its annual fiesta.

Renoir Dauag, regional representative of the Presidential Commission on Good Government (PCGG), said he and his colleagues were happy with the ongoing repair. The PCGG supervises and manages the property that measures more than 2 hectares and includes an Olympic-size swimming pool.

“We are very thankful to the DOT for helping us improve the shrine. This will further help us in attracting more tourists,” Dauag said.

The Sto. Niño Shrine and Heritage Museum on Real Street counts among Tacloban’s top tourist attractions. It drew more than 20,000 tourists last year, earning for the PCGG more than P1.4 million in income.

The entrance fees collected are used for the building’s maintenance and the salaries of the 11-member staff, some of whom serve as tourist guides.

The shrine/museum, sequestered by the government on suspicion that it was part of the Marcoses’ ill-gotten wealth, houses a number of pieces from the fabled art collection of the dictator’s widow, now a representative of Ilocos Norte.

The art pieces include Russian icons, Oriental jars, ivory statues and paintings by some of the country’s most prominent artists.

The shrine/museum has a state dining room on the second floor and a chapel with the image of the Sto. Niño, the patron saint of Tacloban. The motif of each of its 21 rooms depicts the country’s various regions.

Dauag said the last time Imelda Marcos visited the property was in 2014, a year after the city was pummeled by Supertyphoon “Yolanda” (international name: Haiyan).

The shrine/museum, which suffered extensive damage during Yolanda, was in need of major repair, he said, adding that portions of its ceiling were falling apart mainly due to termites.