Duterte: Roxas wasted 44 lives for nothing in Mamasapano 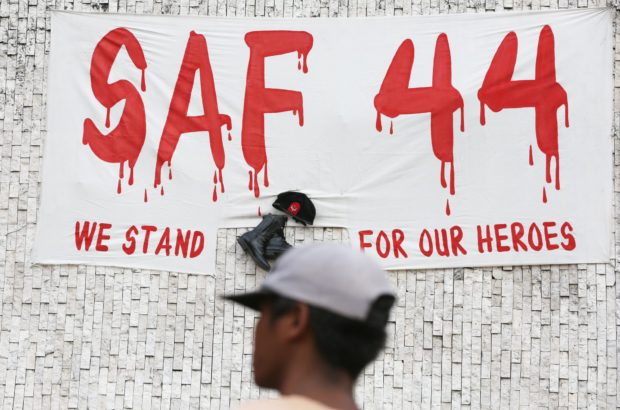 “He wasted 44 lives for nothing. They could not even explain. Why were the police the ones who went when they were totally ignorant of the topography and the physical arrangement of the mountain there?” the President said in his at the campaign rally of the Partido Demokratiko Pilipino–Lakas ng Bayan (PDP-Laban) in Tuguegarao City on Tuesday night.

“They have not explained this up to now. Most of the 44 souls were Ilocano,” he said, partly speaking Filipino.

He then narrated the questions he had about the botched operation.

“This is what I want to ask him: Why use the police? And why did the Army not come in when the battle lasted for a day? Why was there no air support when there was a lot of air assets around the area?”‘he said.

If anyone can give him reasonable answers, he said he himself would ask the public to vote for Roxas, who is running for senator.

“I would be the first to ask you to vote for this son of a bitch,” the President said.

The President also slammed former President Benigno Aquino III for asking “stupid” questions during the command conference in Zamboanga while the Mamasapano incident was happening.

He said he was in the command conference with Aquino and Roxas.

“They asked us to join the command conference. These two — Roxas and Aquino — kept on standing at the back of the stage. And we were there waiting. This is true. Ask the military about it,” he said.

“They kept on talking,” he added.

Then he turned to someone beside him, an officer from the Intelligence Service of the Armed Forces of the Philipines (ISAFP), and said: “What happened?”

The officer, whom he did not identify, said: “Sir, they’re all gone. When they got in, they were all killed.”

Duterte asked: “Oh, why? There were no reinforcements?’

The President slammed Aquino for his handling of the Mamasapano firefight during the command conference.

At one point, Aquino asked one of the generals there: “If you were there [at the battlefield] what would you do?”

“Son of a bitch, I stood up. I said: ‘Mr. President, I have a flight’… I stood up because it was very stupid. You ask a question like that and at the end of the day, the troops are all dead. I stood up,” President Duterte recalled.

On Jan. 25, 2015, a group of 44 elite police commandos and several civilians died in an encounter with some members of the Moro Islamic Liberation and the Bangsamoro Islamic Freedom Fighters in Mamasapano in Maguindanao.

Roxas was then secretary of the Department of the Interior and Local Government.