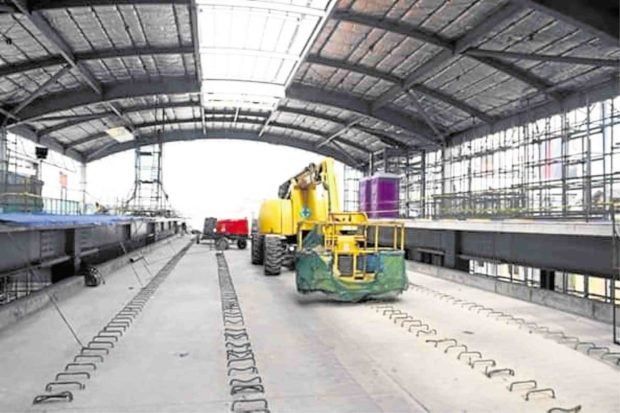 MANILA, Philippine — The Department of Transportation (DOTr) on Tuesday kicked off the track-laying and electromechanical system (EMS) installation for the Light Rail Transit (LRT) Line 2 east extension project, signaling the start of its final phase.

The P2.2-billion project, which seeks to add 4 kilometers of railway tracks from Santolan in Pasig City to Masinag in Antipolo City, is set to become the first among four rail-building projects currently in the pipeline to be completed.

The EMS is composed of the signaling system, overhead catenary system, telecommunications system, and the power supply and distribution system.

The Masinag extension will cover two stations in Rizal province: Emerald Station in Cainta and Masinag in Antipolo City. It’s expected to bring in an additional 80,000 riders for the LRT 2.

The contractor, Marubeni Corp.-DM Consunji, is expected to complete the track-laying and integration of the EMS into the existing system by the fourth quarter of 2020, the DOTr said.

The first phase which involved the viaduct construction was completed in 2017 while construction of the two stations was already 78 percent complete by March.