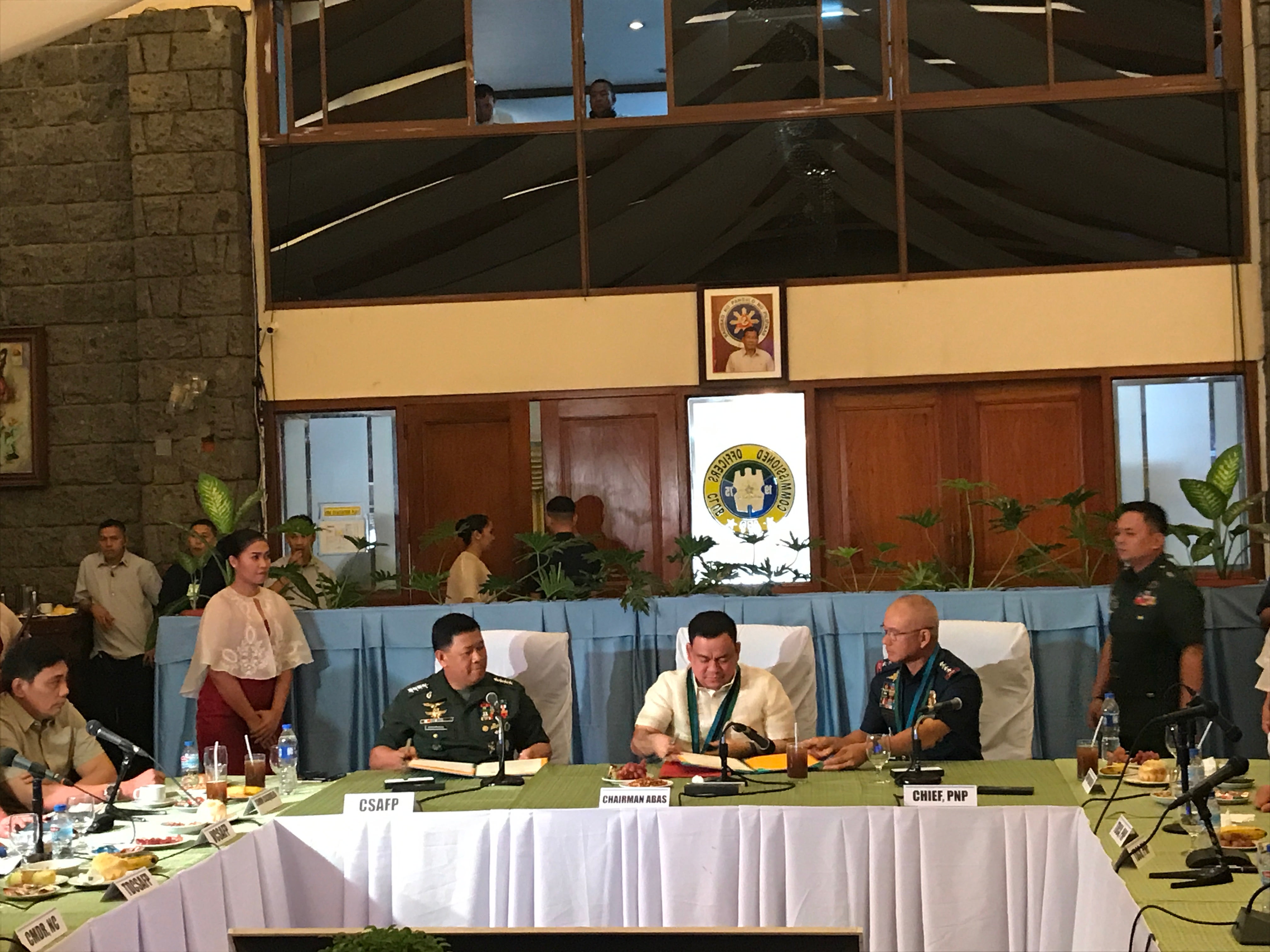 MANILA, Philippines — The Armed Forces of the Philippines and the Philippine National Police, together with the Commission on Elections, has reviewed the preparations for the upcoming May 2019 elections.

The National Joint Security Coordinating Center, comprised of 60 key officials from AFP, PNP and Comelec, met on Tuesday at Camp Aguinaldo to discuss poll readiness for the May 13 national and local elections.

“We had a security situation briefing updates from the Comelec and the presentation on the final joint implementing plans of the AFP unified commands and the PNP directorate for internal police operations,” AFP chief Gen. Benjamin Madrigal Jr. told reporters.

He was hopeful for a “smooth flow” in the electoral process and that all their plans and coordination would be followed.

“Our troops on the ground are strategically deployed in different areas and are always on the lookout for any criminal and terrorist groups and individuals who may pose a threat to our citizens,” Madrigal said.

Police General Oscar Albayalde said they have deployed 75% to 80% of their troops for the elections. The strength of PNP is at 190,000.

The AFP, meanwhile, will deploy about 40,000 of its personnel to augment the police. /je

Read Next
China poaching of giant clams in Scarborough ‘affront’ to PH territory, sovereignty
EDITORS' PICK
China expands lockdown against virus, fast-tracks hospital
SM continues to send relief assistance to remote towns in Batangas
‘A greener, cleaner tomorrow’: A how-to guide for Filipinos who want to help with today’s energy crisis
Palace: US Senate move also made Duterte junk VFA
Get exciting deals and discounts when you download the new McDonald’s App
Countries with confirmed cases of coronavirus
MOST READ
Taal’s sulfur dioxide emission increases
No time for revelry; Tagaytay instead plans for alert level 5
Palace: US Senate move also made Duterte junk VFA
Virus scare: 600 Chinese from Wuhan must leave PH by Jan. 27
Don't miss out on the latest news and information.