Vico wants to emulate ‘other’ Sotto 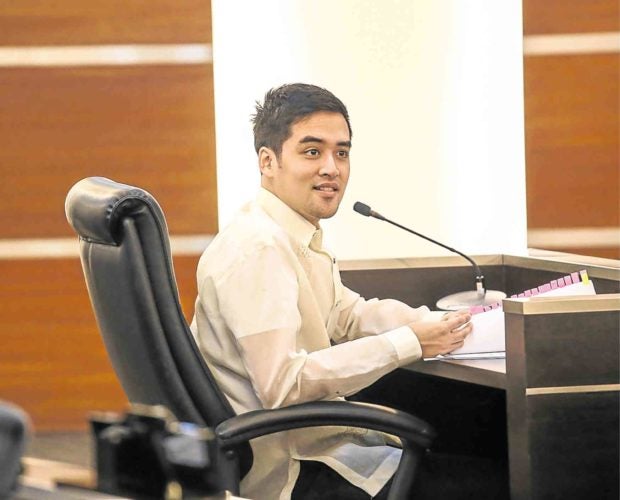 MANILA, Philippines — Pasig City Councilor Vico Sotto, who is making a long-shot bid for mayor, wants to continue the legacy of a relative who served in the Senate — but not the one most people know.

In an interview with the Inquirer, Sotto drew parallels between his central campaign theme — government transparency and accountability — with the brand cultivated by his great-grandfather, Sen. Vicente Sotto, who was regarded as an advocate for press freedom.

“I never met him, but if you read the history books, he was a principled man who was really brave,” Sotto said, adding: “He stood up for what he believed in.”

The 29-year-old councilor’s signature achievement during his term at city hall was the creation and passage of the Pasig Transparency Mechanism Ordinance, which made his city the first in the Metro with its own localized freedom of information (FOI) bill.

The late Sotto authored Republic Act No. 53, or the Press Freedom Law, ultimately known as “the Sotto Law.” Enacted in 1946, it protected journalists from being forced to name confidential news sources.

“Now I’m doing FOI work,” Sotto said. “He might not have a direct influence on me anymore but it’s nice to see, in some way, I could continue his legacy.”

Sotto is the son of actors Vic Sotto and Connie Reyes and the nephew of Senate President Vicente “Tito” Sotto III, who has been criticized by the National Union of Journalists of the Philippines for his alleged attempts to suppress freedom of expression.

Read Next
Did DoE or NGCP lie about the power supply?
EDITORS' PICK
Speed up your game with the new vivo Y20s [G]
Pre-order the new vivo Y20s [G] to get a free TWS earphone
NCMH adds 900 beds for mild COVID-19 patients
WHO says not to use ivermectin on COVID-19 patients
Pru Life UK receives four golden arrows for solid corporate governance
PH biotech firm, pharma group eye clinical trials for ivermectin use against COVID-19
MOST READ
Stop ‘creeping occupation’ of ‘militia’ boats in WPS, Pacquiao asks China
Bea Alonzo clarifies status of her relationship with Dominic Roque
Convicted former aide of Sen. Bong Revilla dies — BuCor
Locsin to China: ‘Then move out’
Don't miss out on the latest news and information.