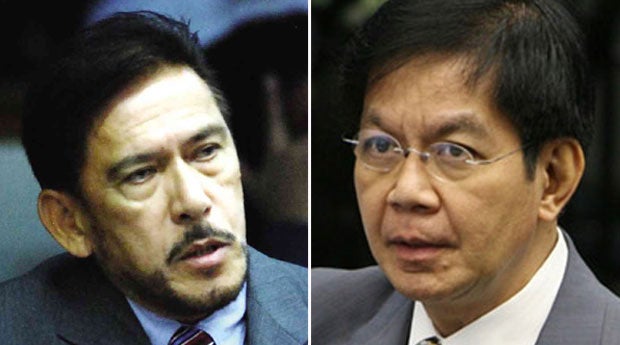 MANILA, Philippines— The signing of the 2019 national budget into law sans the P75 billion “pork” was a victory for the Senate and for Filipino taxpayers.

Sotto said the President vetoed P95.3 billion, including the P75 billion unconstitutional realignments of the House of Representatives.

In signing the enrolled copy of the budget bill last March 26, Sotto expressed his strong reservations and requested the President to consider vetoing the P75 billion “unconstitutional” realignments by the House.

“Yun recommended naming P75B plus P20.3 B pa,” said the Senate leader when asked what was vetoed by the President.

While he has yet to see the veto message, Senator Panfilo Lacson believes that most if not all of the P75 billion worth of items listed by the Senate leader were vetoed by the President.

“It is that, or the P20 billion plus insertions made by some senators were included as well,” Lacson said.

“Either way, it is a victory for the Filipino taxpayers.”

“Having said that, I would like to personally commend the President and his economic managers for coming up with a ‘pork-free’ national budget,” Lacson added.

Senator Sherwin Gatchalian also commended the President for vetoing the changes made by the House.

“The veto is proof that the Senate was right all along in saying that the changes made were unconstitutional,” Gatchalian said in a statement.

As chairman of the Senate committee on economic affairs, he felt relieved that the 2019 budget has finally been signed “primarily because further delay would have caused adverse effects on our macroeconomy.”

“With the General Appropriations Act now enacted, the government can finally focus on catching up with the implementation of pending projects that were delayed because of the budget impasse,” Gatchalian said.

Since January this year, the government has been operating based on the 2018 appropriation as the Senate and the House locked horns over alleged “pork” insertions in the budget./ac