Palace reaches out to foreign media; launches ‘The Virtual Presser’ 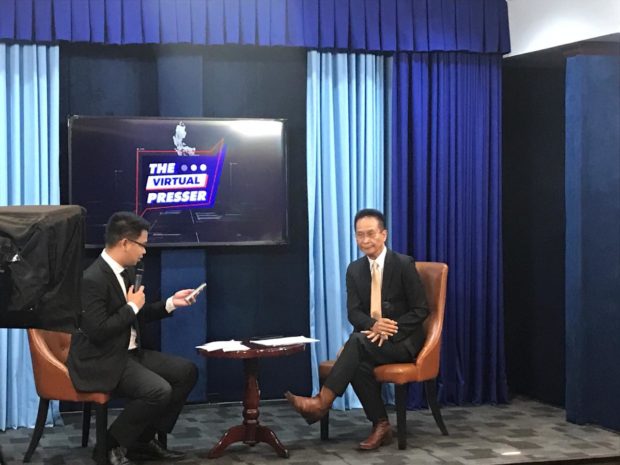 Presidential Spokesperson Salvador Panelo (right) is the guest during the pilot episode of ‘The Virtual Presser’ on April 15, 2019. PHOTO by Nestor Corrales/INQUIRER.net

MANILA, Philippine —Malacañang is reaching out to members of the foreign media who have been critical of the Duterte administration through the “The Virtual Presser,” an interactive online video platform launched Monday.

The Presidential Communications Operations Office (PCOO), through the Office of the Global Media Affairs (OGMA), aims to “engage with the international media and foreign audiences.”

“This will be another opportunity for us to connect to international audiences to respond to pressing issues and enable foreign journalists to ask questions without leaving their desks,” Communication Secretary Martin Andanar said in a statement.

Duterte has received criticism from the global community for his brutal war on drugs and anti-criminality campaign.

Presidential Spokesperson Salvador Panelo was the guest during its pilot episode at the press briefing room of the New Executive Building in Malacañang.

During the briefing, most of the questions asked were about the Philippines’ position in the South China Sea amid Beijing’s aggression in the disputed waters. /ee