WATCH: German cyclist picks up trash, sends it back to litterbug in Makati | Inquirer News

WATCH: German cyclist picks up trash, sends it back to litterbug in Makati 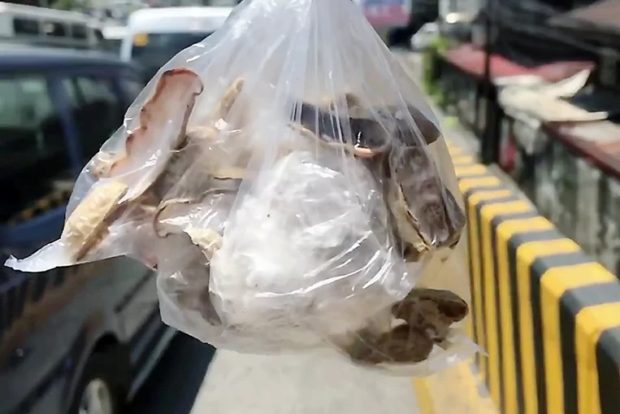 MANILA, Philippines – A litterbug on board a commuter van in Makati City received a hands on lecture on good manners, sanitation ad respect for the environment and others when the bag of trash he nonchalantly tossed out the vehicle window was subsequently “returned to sender.”

In a video posted on Facebook on April 10, German cyclist Frank Schuengel, who was biking on his way to work, is seen holding a bag of trash which, he said, was indiscriminately dumped on the street by a passenger of a commuter van in front of him.

Schuengel chased the van and knocked on its window. He then returned the trash to the passenger who opened the window of the van.

“This is not a bin. Throw that out. Don’t do it,” the cyclist told the passenger.

Would you do something about it?

Many of us just rant and take photos/videos for social media without doing anything of consequence. Our writer Frank Schuengel (a German) cares about our roads so much that he actually does this on a regular basis. We wonder how many of us would do the same. 🤔

Following the release of the video, environmental group EcoWaste Coalition urged  drivers and passengers to refrain from dumping trash on the streets.

“Please be considerate of other people and our common environment.  Never throw waste out of vehicles,” EcoWaste Coalition Zero Waste Campaigner Ochie Toleration said in a statement on Monday.

“Regardless of its type — biodegradable or non-biodegradable, plastic or non-plastic, wet or dry, big or small — rubbish tossed out of the car window is pollution that can make the surroundings ugly and even harm public health and the environment,” she added.

“The things that we recklessly throw away may even reach the oceans and put the lives of ocean animals in grave danger,” said Tolentino.

Citing a report from the Metropolitan Manila Development Authority (MMDA), Tolentino said that a total of 4,316 individuals have been apprehended for littering in the first quarter of 2019 alone.

Among the most littered items were candy wrappers, cigarette filters, paper  and plastics.