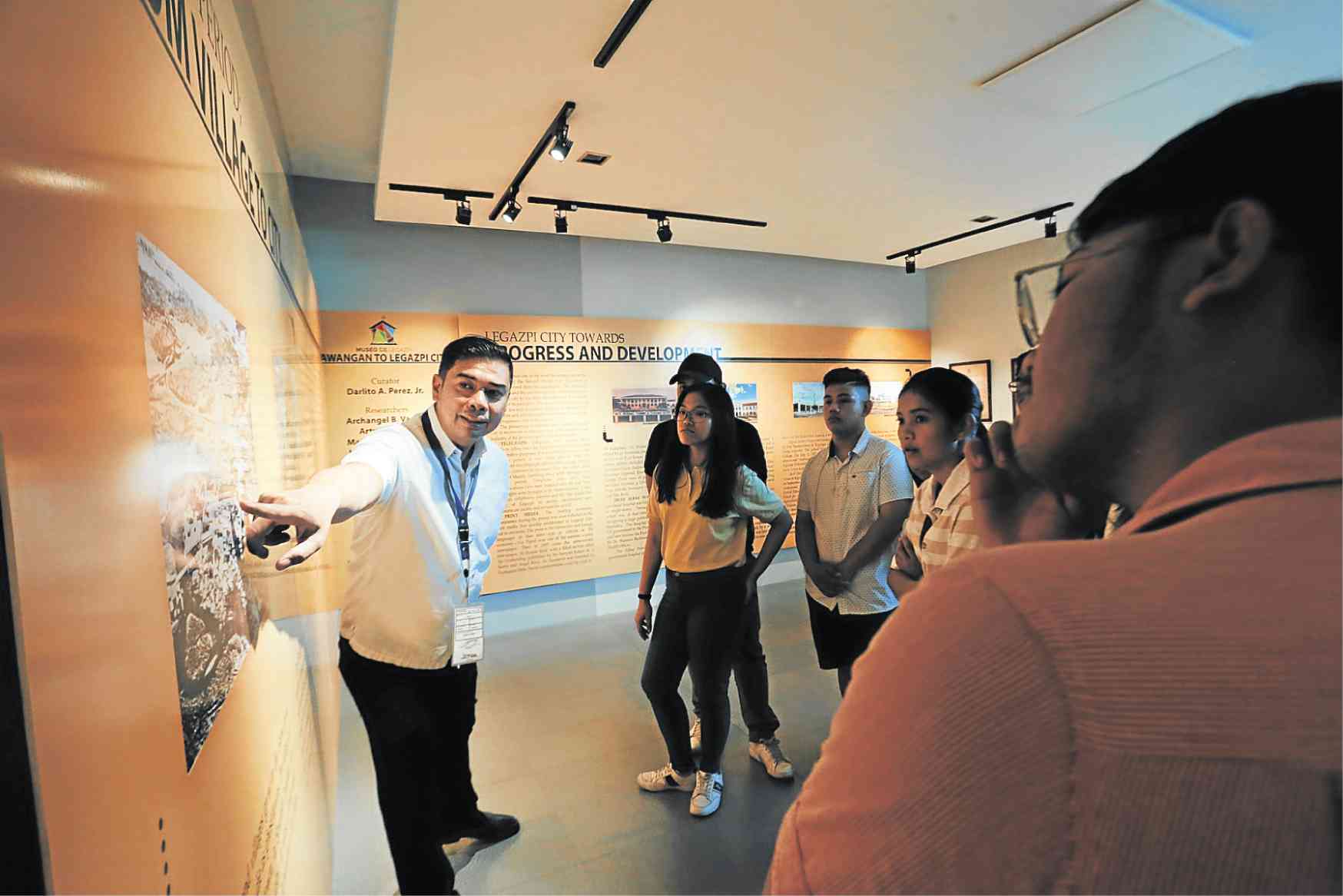 LEGAZPI CITY — The three Grade 11 students stared at the yellow panels and dioramas inside the newly opened Museo de Legazpi at a mall in the city’s Old Albay District.

“We understand the events from the past better with this museum,” said Julianne Chaela Dado, who came with classmates Angela Valenzuela and Emmalyn Joyce Olitan.

“Compared to the old museum, this one is more detailed because of the photos and texts that explain history,” Olitan said, referring to the facility at the back of City Hall during their elementary years.

Museo de Legazpi, which opened on March 28, was a resurrection of the one-room museum that housed artworks depicting the city’s history, portraits of previous mayors and burial jars, and shared space with the city library on the second floor of City Hall’s annex building. 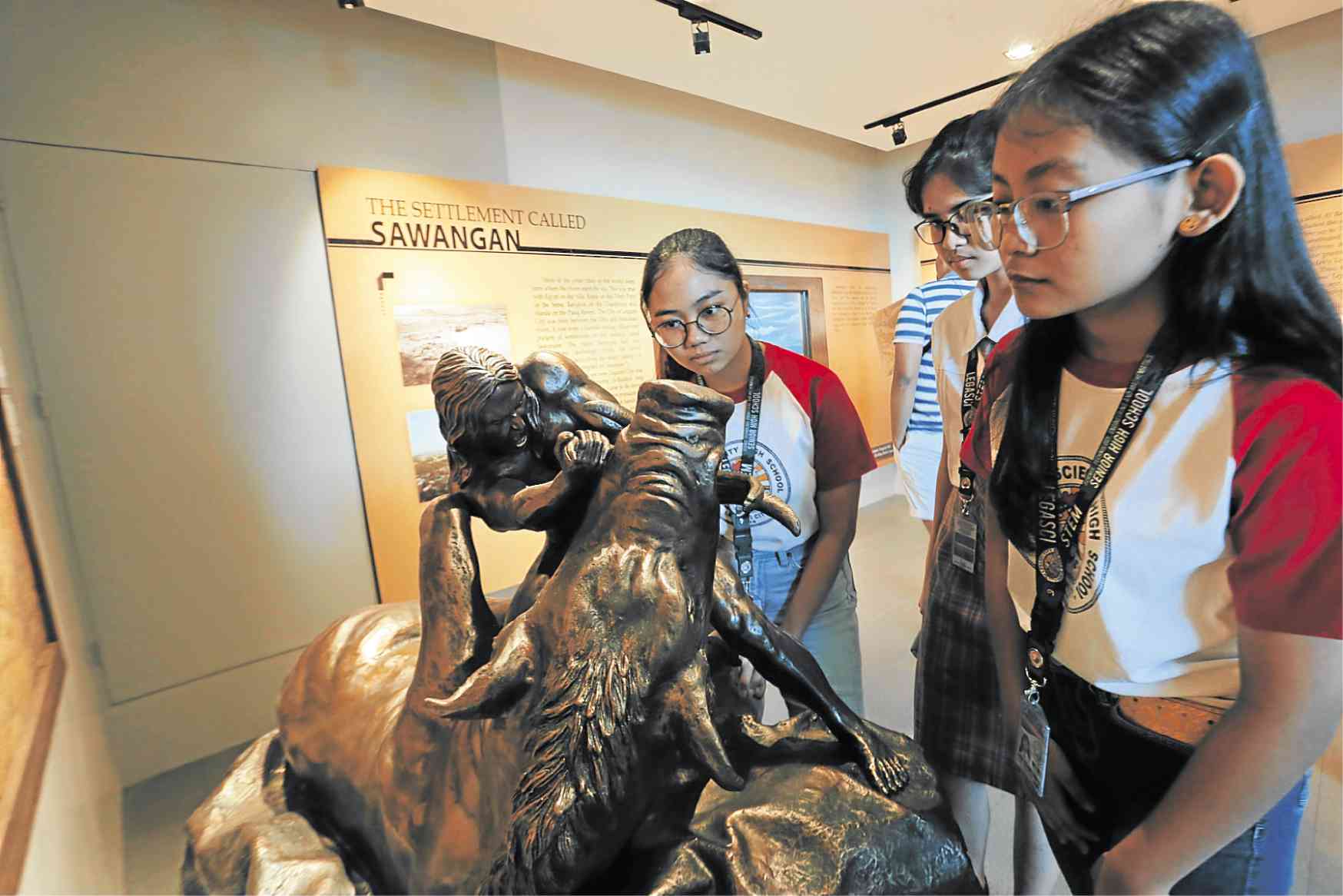 HERO AND FOE A sculpture of Baltog and Tandayag, the hero and the monstrous wild boar in the “Ibalong” epic, is among the displays at the museum.

“I think that the best we can show is the history of Legazpi. That is why you will see 14 panels showing the entire history of the city,” said Darlito Perez, who has been the museum curator for 10 years.

With the local government’s vision to make Legazpi one of the top convention centers in the country, Perez said the new 500-square-meter museum would be at par with those in Metro Manila or other countries. 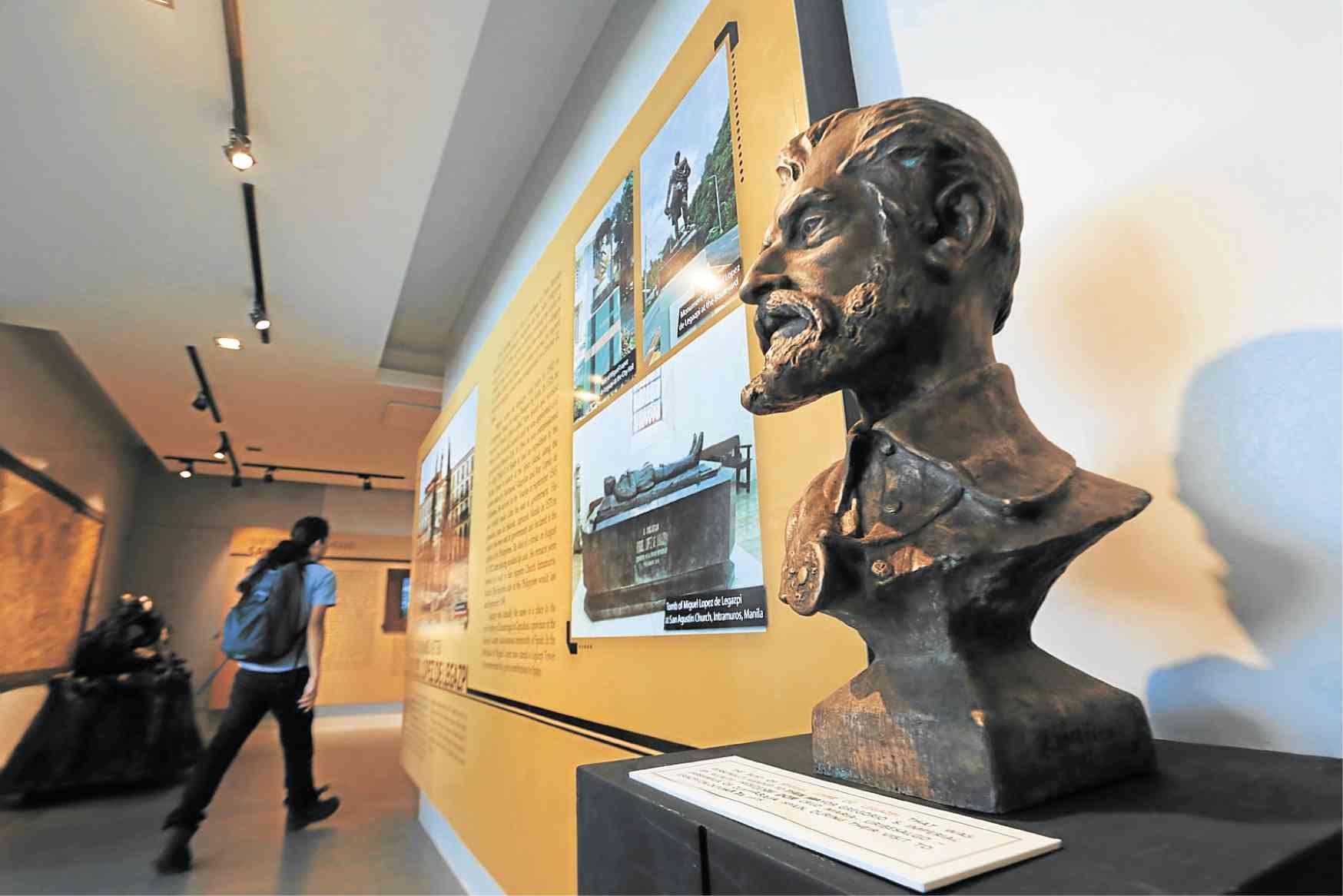 The old museum did not have a clear storyline. It depicted two things—several paintings and some “important things reflecting the lifestyle of the Legazpeños,” Perez said.

On the other hand, Museo de Legazpi presents events chronologically—from the epic of Ibalong and the precolonial Sawangan (Legazpi’s old name) to the colonial period and the third time Legazpi attained cityhood in 1959.

Upon entry, visitors are greeted by large portraits of the three heroes of Ibalong, Bicol’s fragmentary epic recorded in the 19th century by Spanish friars. 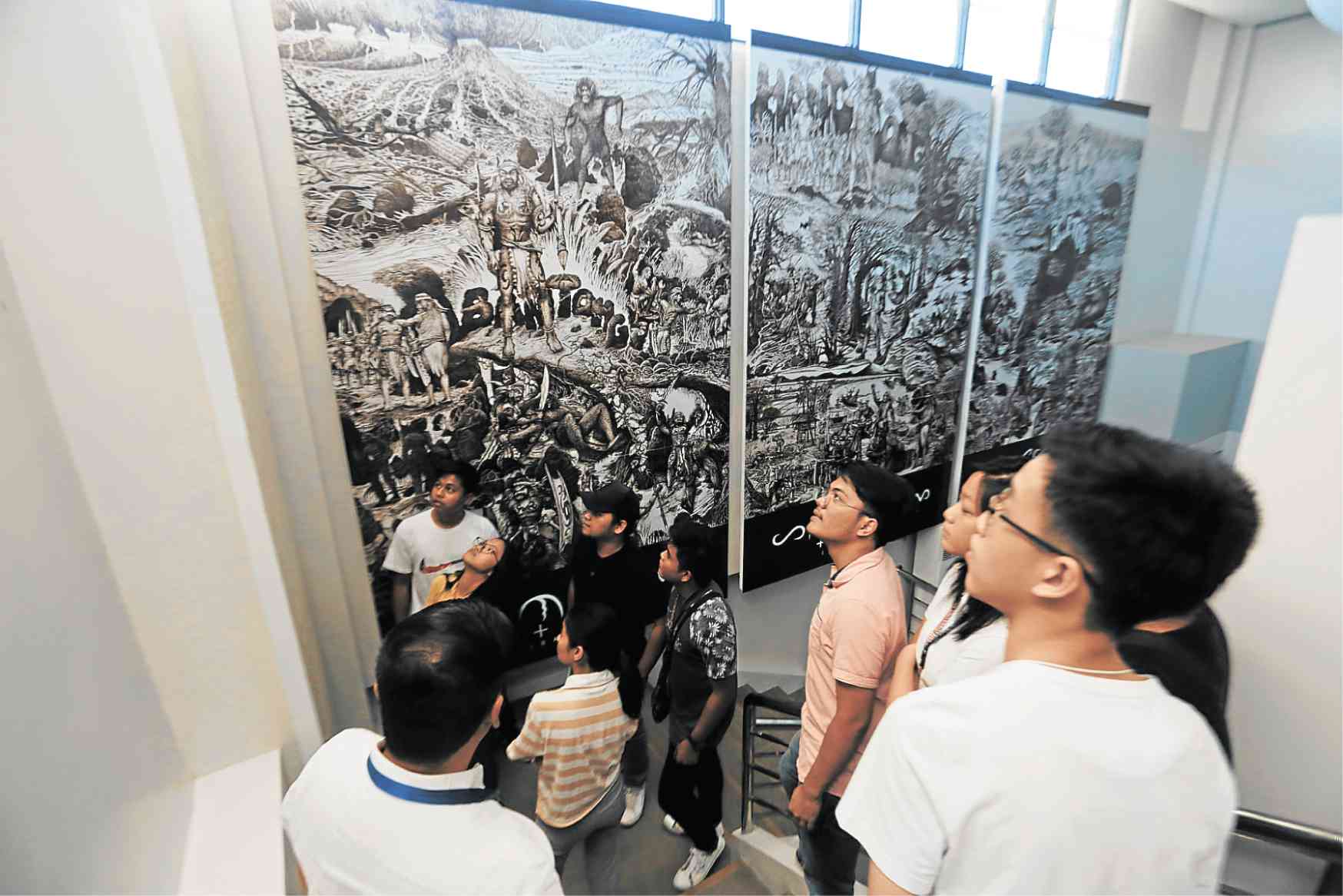 VISUAL TREAT Large panels featuring illustrations of the heroes of Bicolano epic “Ibalong” give students and other visitors a visual treat.

They will make their way to a snaking hall to learn—through three dioramas created by Juanito Napay III, texts, graphics and photographs—the history of Sawangan. The dioramas depict the city before the arrival of the Spaniards, Old Albay District during the Spanish era, and the Battle of Legazpi during the American period.

“You have to follow exactly a path of your tour facing every panel that depicts an important period in the history of the city,” Perez said.

The displays end at the time when Legazpi became a city for the third time on June 12, 1959.

Perez said two more dioramas were being planned, one of which would depict the rich abaca trade in Albay. Abaca made the province the richest in the Philippines and was the reason why the Americans were attracted to the territory. 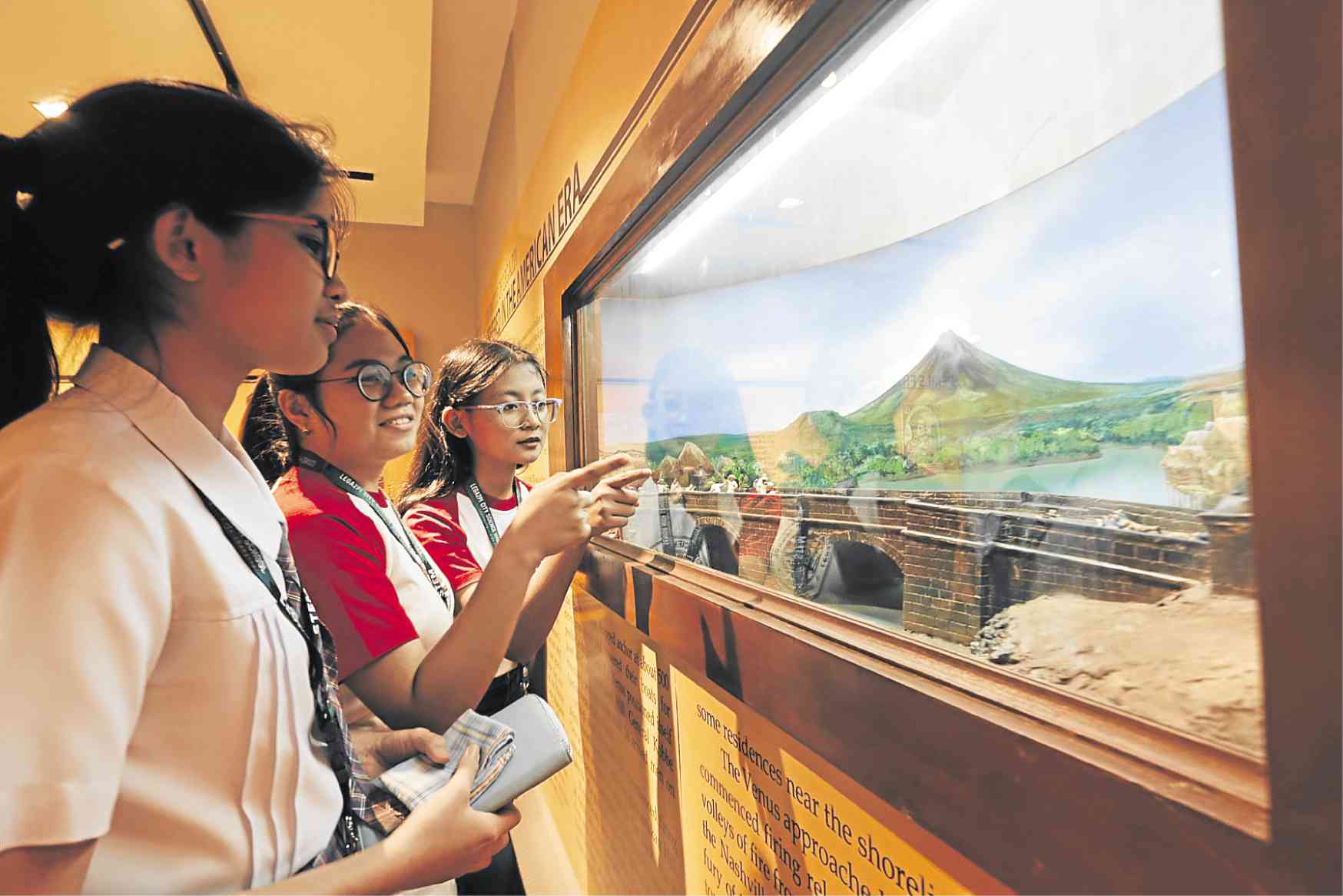 The ancient burial jars from the old museum have not been displayed yet, but Perez said these would be placed near the Sawangan panels.

Its moving gallery displays paintings and photographs from Bicol artists.

In July, it will host an exhibit dedicated to the 1981 visit of Pope John Paul II in Legazpi, Perez said.

Conceptualizing the museum began in 2015, Perez said. The place is now more accessible on the second and third floors of the mall, which was once occupied by a basketball court and a police station.

WholeGrain Land Inc., which operates the mall, has a public-private partnership that agreed to keep the basketball court and give space for a museum.

It is open at 9 a.m. to 5 p.m. on weekdays, but Perez said a schedule change of Tuesday-Saturday was being studied. 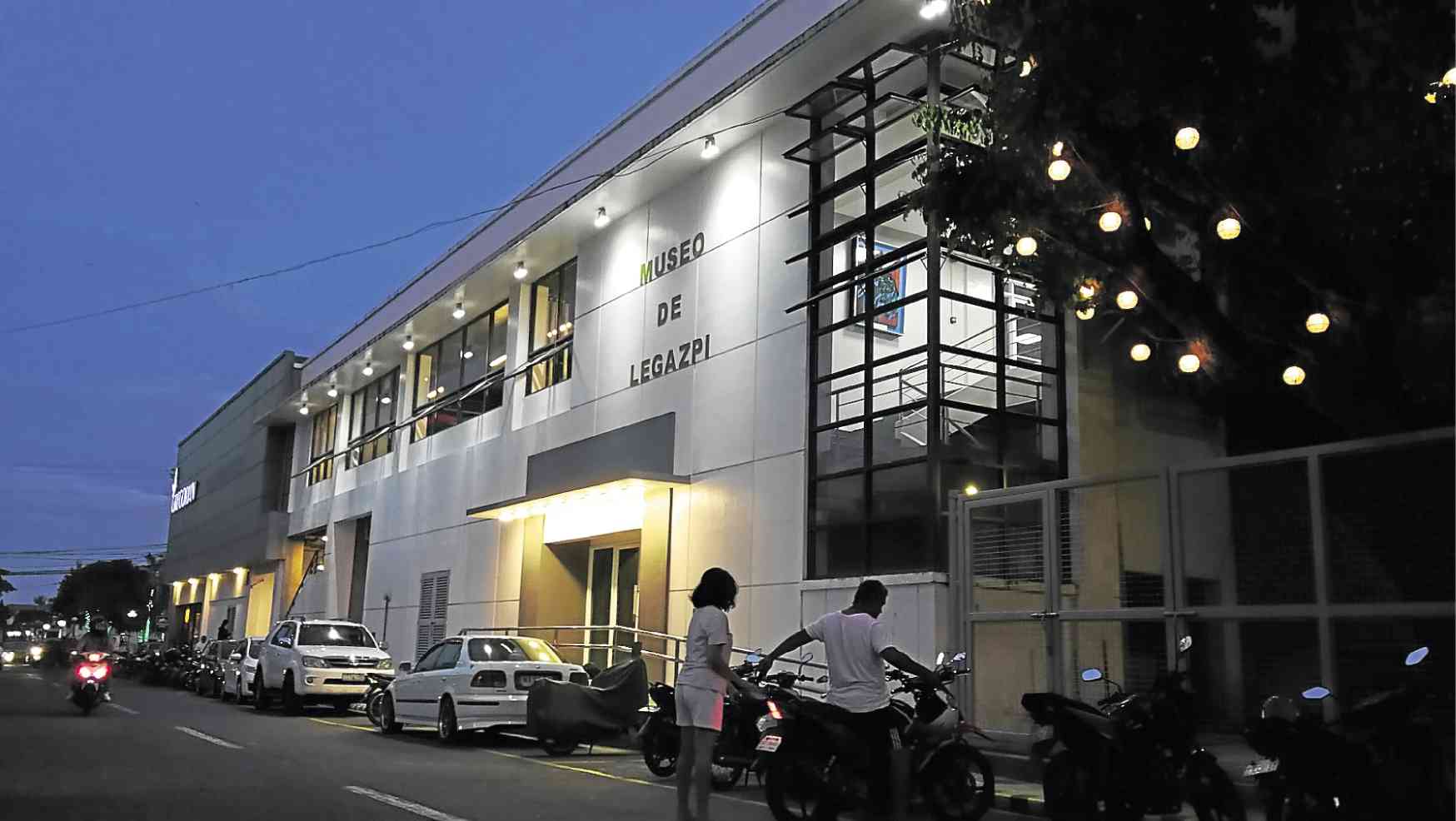 KEEPER OF HISTORY Museo de Legazpi provides Albayanos a glimpse of their capital city’s history and growth as a major urban center of Bicol.

Perez acknowledged that the museum still had a long way to go but that it had the potential to be a digital museum and interactive someday.

“At the moment, we can be satisfied with this, but the new generation is tech-savvy and they are more interested in seeing things differently from the way of the old generation. I think we have to cope with that change,” he said.

“The museum is for the 19-year-olds and below because the intention is to give more emphasis on the new generation rather than the elderly,” Perez said.

He believed that young people had to be given avenues, aside from classrooms, where they could learn about history, culture and the arts.

“We can start now. We have a place. They can be educated to love history again,” he said.

When people know their history, Perez said it would not be difficult to love the country.

Valenzuela said her generation needed museums to understand politics today based on the past.

“These days, people like to understand what is happening so that they realize what they are fighting for. That is why museums are vital in understanding the past,” she said.