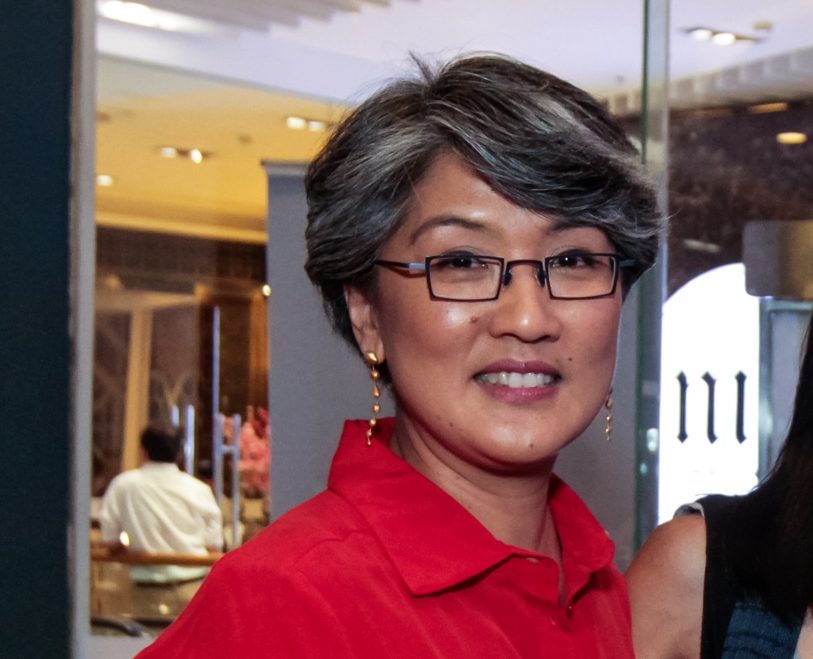 The executive director of Ateneo de Manila University’s center for creativity and arts has resigned from her post “in the spirit of transparency” after she was criticized for inviting Irene Marcos-Araneta to a campus event last week.

Fr. Jett Villarin, the university president, confirmed in a statement on Friday that he had received the voluntary resignation of Yael Buencamino from the school’s arts hub, Arete.

Buencamino had invited Araneta to the opening of Arete’s outdoor art installation program on April 7. Buencamino is the niece of Greggy Araneta, Irene’s husband.

Villarin also apologized for the incident and the hurt it had brought to the school and the public.

In a statement addressed to the Ateneo community, Villarin said the presence of former President Ferdinand Marcos’ daughter in the university premises “has cast doubts regarding its solidarity with the victims of the martial law regime.”

Ateneo, he said, has “not turned a blind eye to the atrocities of the Marcos regime.”

“If anything, [the university has] strengthened [its] unfailing commitment to help seek justice for the victims of the regime, to counter historical revisionism and to educate the Ateneo community regarding the regime’s pernicious effects on Philippine society,” Villarin said.

“I call on the university community to hold fast our commitment to justice and peace, and to help one another remain vigilant, especially during this time of forgetfulness,” he added, urging the community to “learn from its missteps.”

On Monday, the Loyola Schools student body issued a statement of indignation against the presence of Araneta at Ateneo, calling it “a grave insult and vehement mockery [of] martial law survivors and martyrs.”

“It is nothing but ironic that a Marcos participated in the event of the institution … [Arete] is the university’s central space for creative, adaptive and independent thinking—values that the Marcoses systematically destroyed during the darkest era in Philippine history,” the student body said in the statement.

Panday Sining Katipunan, a youth-artist organization of Ateneans, said they received information that Irene was present during the launch of the art event at Arete’s amphitheater.

Arete previously staged the plays “Dekada ’70” and “Desaparecidos”—both of which depicted the struggles and abuses under the Marcos dictatorship.

The students said the incident ran counter to Ateneo’s opposition to the “erasure of martial law crimes” from past and present discourses, especially during the campaign period for May’s midterm elections, where Irene’s elder sister, Ilocos Norte Gov. Imee Marcos, is vying for a Senate seat.

This was not the first time the presence of a Marcos family member at a university event had drawn public backlash.

“I would like to assure you that we in the administration have learned our lesson to be more mindful of those we invite to our celebrations,” he added.

University of the Philippines (UP) president Danilo Concepcion also apologized on Aug. 29 last year after he was criticized for joining Imee Marcos at the reunion of the martial law-era Kabataang Barangay at Bahay ng Alumni on the school’s Diliman campus.

Imee’s controversial appearance at UP sparked indignation among teachers, students and alumni who challenged Concepcion’s argument that allowing Kabataang Barangay to hold their reunion on campus was part of academic freedom.

Imee was the national chair of the youth organization created in 1975.

Her appointment was questioned in an open forum in 1977 by a 21-year-old student, Archimedes Trajano, who was later seen being dragged out of the venue by several men.

Trajano’s mangled body was found two days later, but his death was reported then as a result of a hazing incident.

In his apology, Concepcion, who used to be an officer of Kabataang Barangay, said his “desire to be with old-time friends … made him overlook its effects on the sentiments of the UP community.”