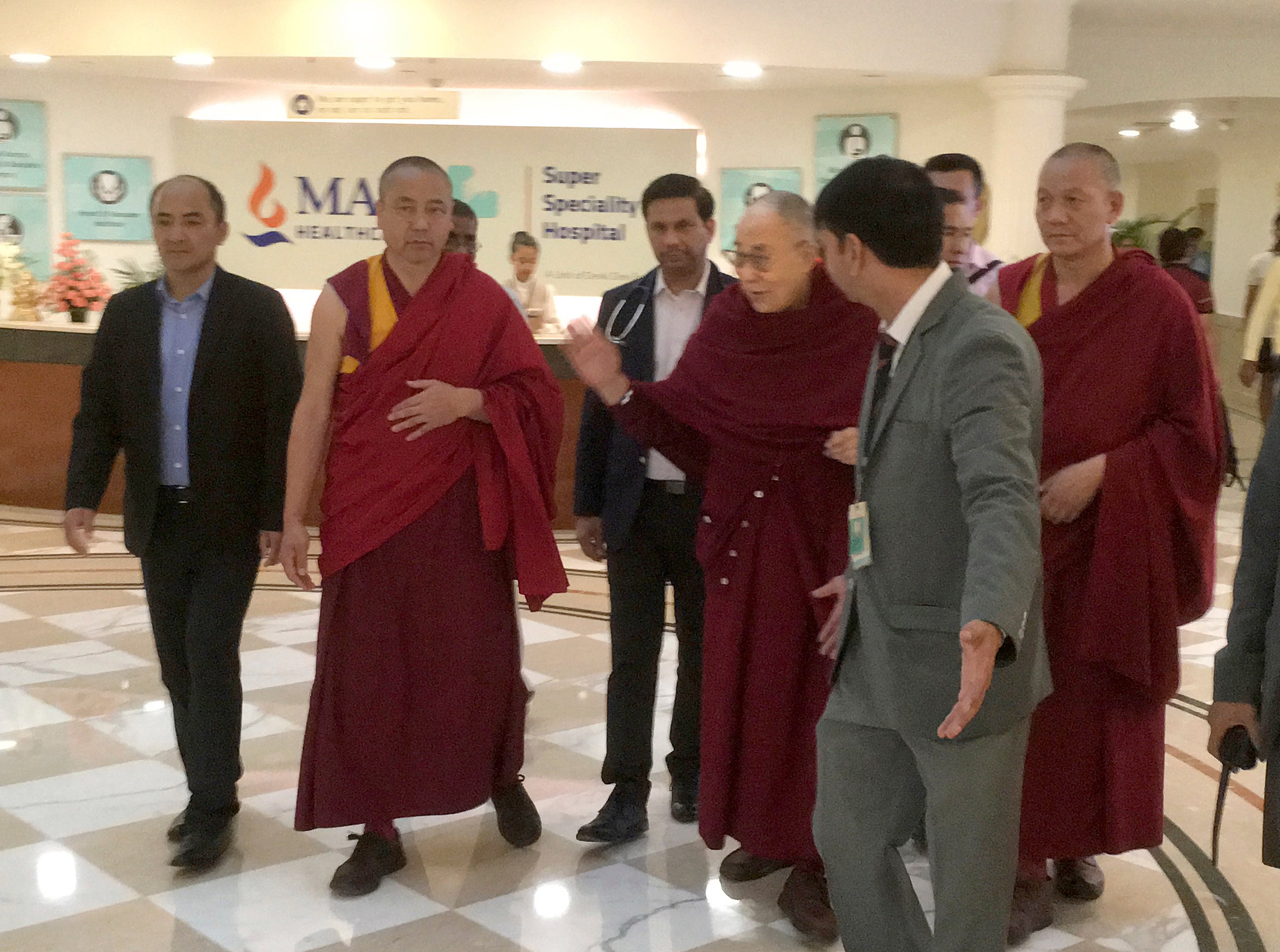 NEW DELHI — The Dalai Lama said he felt “normal, almost normal” as he left the New Delhi hospital where he had been treated for a chest infection.

The 83-year-old Tibetan spiritual leader looked pale but strong and spoke cheerfully to The Associated Press as he walked out of the building after being discharged Friday morning. He had been hospitalized on Tuesday after coming to the capital to consult with doctors.

He is likely to return this week to the north Indian hill town of Dharmsala that has been his headquarters since he fled Tibet in 1959 following a failed uprising against Chinese rule.

The Dalai Lama usually spends several months a year traveling the world to teach Buddhism and highlight the Tibetans’ struggle for greater freedom in China. But he has cut down on travel in the past year in order to take care of his health.

China doesn’t recognize the Tibetan government-in-exile and hasn’t held any dialogue with the representatives of the Dalai Lama since 2010. Beijing accuses him of seeking to separate Tibet from China.

The Dalai Lama denies being a separatist and says he merely advocates for substantial autonomy and protection of the region’s native Buddhist culture.

At an event with educators in Delhi earlier this month, the Dalai Lama said he is not seeking independence for Tibet, but rather a “reunion” with China under mutually acceptable terms.

In Tibetan Buddhist belief, the soul of its most senior lama is reincarnated into the body of a child, but China says its leaders have the right to choose a successor.

The Dalai Lama also predicted that the political impasse with China could change if he lived for at least another decade. But he said that if he died next year, “the Chinese government will seriously show reincarnation must (happen) in China.”  /muf