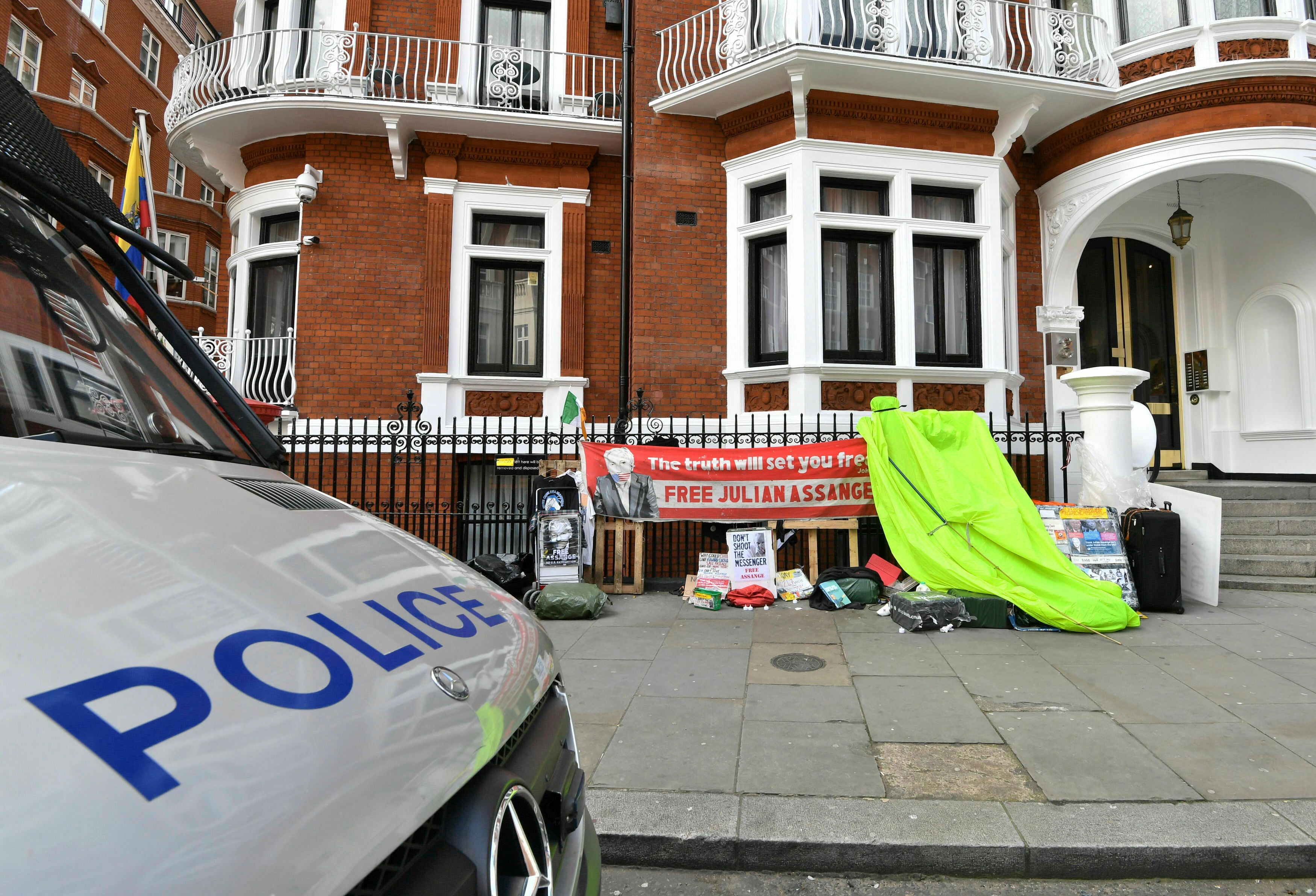 A police vehicle parked outside the Ecuadorian Embassy in London, after WikiLeaks founder Julian Assange was arrested by officers from the Metropolitan Police and taken into custody Thursday April 11, 2019. Police in London say they’ve arrested WikiLeaks founder Julian Assange at the Ecuadorean embassy on a court warrant dating back to 2012. In a statement Thursday, police said Assange has been taken into “custody at a central London police station where he will remain, before being presented before Westminster Magistrates’ Court as soon as is possible.” (John Stillwell/PA via AP)

LONDON — WikiLeaks has accused “powerful actors,” including the CIA, of a “sophisticated” effort to dehumanize Julian Assange.

The comments by the organization Assange founded came soon after he was arrested at the Ecuadorean Embassy in London, where he had been holed up for seven years.

In a tweet, the organization posted a photo of Assange with the words: “This man is a son, a father, a brother. He has won dozens of journalism awards. He’s been nominated for the Nobel Peace Prize every year since 2010. Powerful actors, including CIA, are engaged in a sophisticated effort to dehumanize, delegitimize, and imprison him. #ProtectJulian.”

Shortly after Assange’s arrest in London, Dmitry Peskov told reporters he could not comment on the overall case.

But, he said, “We of course hope that all of his rights will be observed.”

Moreno announced the “sovereign decision” in a statement accompanied by a video on Twitter on Thursday.

London police then arrested Assange at the embassy on a court warrant issued in 2012, when he failed to surrender to the court.

British Foreign Secretary Jeremy Hunt thanked Moreno for breaking the impasse, saying on Twitter that Assange “is no hero and no one is above the law.” /kga