Suspect became obsessed with Christine Silawan, then killed her 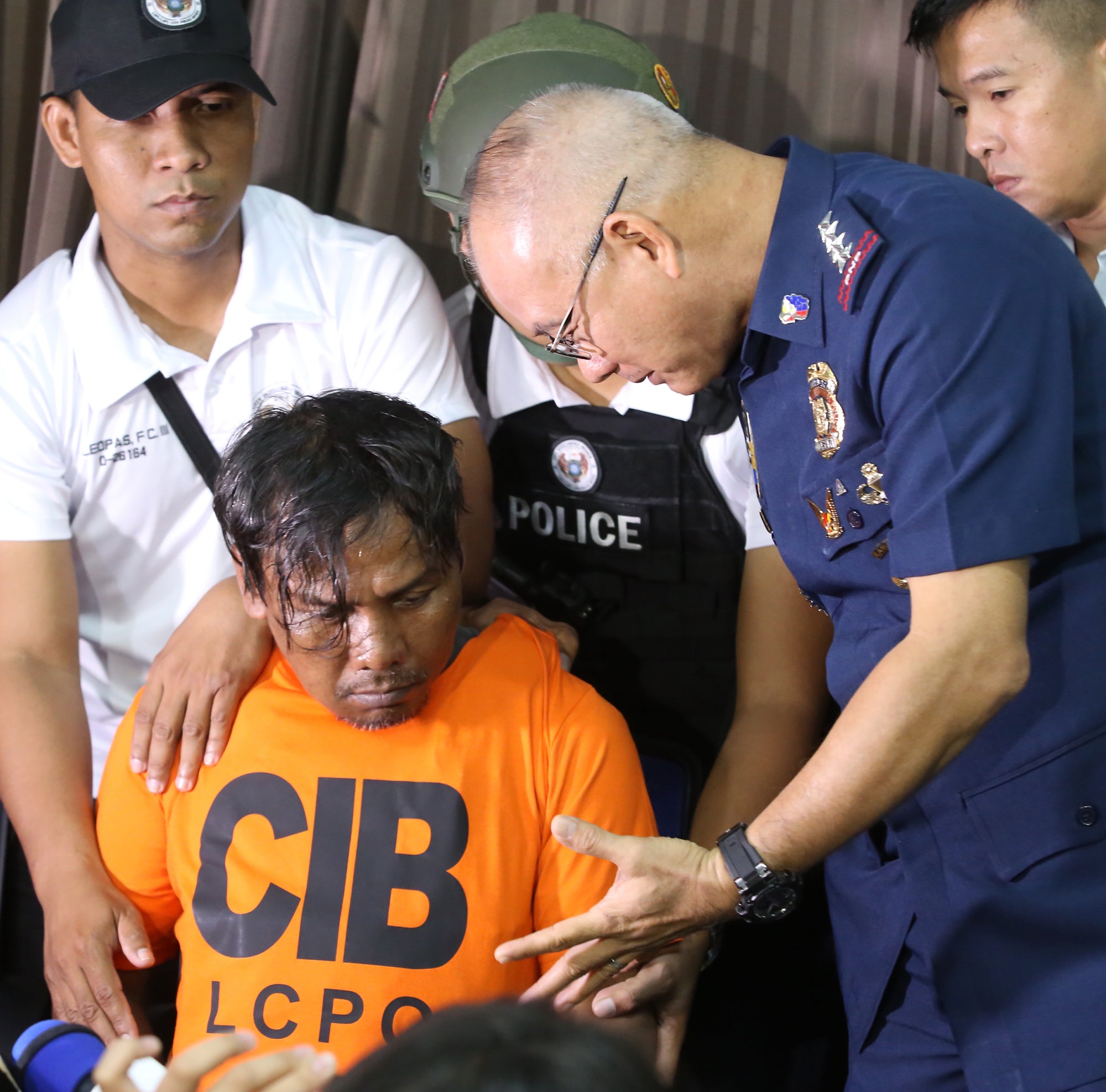 CEBU CITY — It was a case of social media catfishing gone bloody wrong.

The police on Thursday presented the self-confessed perpetrator in the brutal killing of 16-year-old Christine Lee Silawan, detailing how the suspect ended the life of the teenager and peeling off her skin using a pair of scissors.

In social media jargon, catfishing is the use of other people’s profile other than yours usually to lure someone into a relationship.

Renato “Ren-Ren” Payupan Llenes, 43, admitted to the crime, saying he duped Silawan into believing that he was a younger-looking guy she met on social media site Facebook.

He became obsessed with Silawan and later on killed the teenager when they met on March 9.

According to Director General Oscar Albayalde, Philippine National Police chief, Llenes is facing charges of illegal possession of firearms and gun ban violation after they seized a .45-caliber pistol in his possession when the police went to his house in Lapu-Lapu City on Tuesday.

Police would file murder charges for Silawan’s death once all of the pieces of evidence were consolidated, said Albayalde in a press briefing at the Police Regional Office in Central Visayas in Camp Sergio Osmena.

Llenes appeared at the press briefing with lawyer Manuel Degolacion Jr. who was also present when the former executed an extrajudicial confession following his arrest on April 9.

In an interview, Llenes said he knew Silawan only on Facebook using a fake account “C.J. Diaz.”

According to the police, it was Silawan who added Llenes’ fake account.

The suspect courted the victim and what followed was a series of exchanges of romantic messages.

When they finally met on March 9 at the Sacred Heart of Jesus Parish church grounds, Llenes identified himself as CJ Diaz which shocked Silawan because he was nowhere near the pictures he posted on Facebook.

They later argued until they reached the vacant lot in Barangay Bangkal in Lapu-Lapu City where the victim was found dead.

“I stabbed her with a pair of scissors and peeled off her skin so she won’t be recognized,” said Llenes in Cebuano.

“I admitted everything. I was alone when I killed her,” he added.

He also admitted that he was high on drugs and added that he got jealous of Silawan’s boyfriend.

The police said Llenes learned how to peel off the skin of his victim through social media sites “Facebook, Youtube, and the Momo Challenge Video.”

After peeling off Silawan’s face, he took the victim’s bag and brought with him the victim’s peeled off skin which he threw a few meters from the crime scene.

“I would like to ask forgiveness from Silawan’s family. My conscience is bothering me,” said Llenes, who was detained at the Lapu-Lapu City Police Office.

Albayalde said he was pleased with the developments and those responsible for tracking down the suspect might receive a spot promotion.

Silawan’s half-naked body was found on a vacant lot in Bangkal on March 11.

Half of her face was gone while her organs in the neck area were removed. She also suffered 30 stab wounds.

Five days later, the National Bureau of Investigation arrested Silawan’s ex-boyfriend who reportedly had a hand in the crime.

The suspect denied the allegation.

The NBI, however, filed murder charges against the teenage suspect, who is under the custody of a home-care facility of Lapu-Lapu City’s social welfare and development office.

In a separate interview, NBI-Central Visayas director Tomas Enrile said the case that the agency filed against Silawan’s former boyfriend would go on despite the arrest of another suspect.

“The arrest of another suspect will not affect our case,” he said, adding that it would be up to the prosecutor’s office to decide based on the evidence they presented.

Enrile said they nonetheless welcomed the arrest of another suspect. “We have been sharing notes with the police so this is a positive development,” Enrile said./lzb