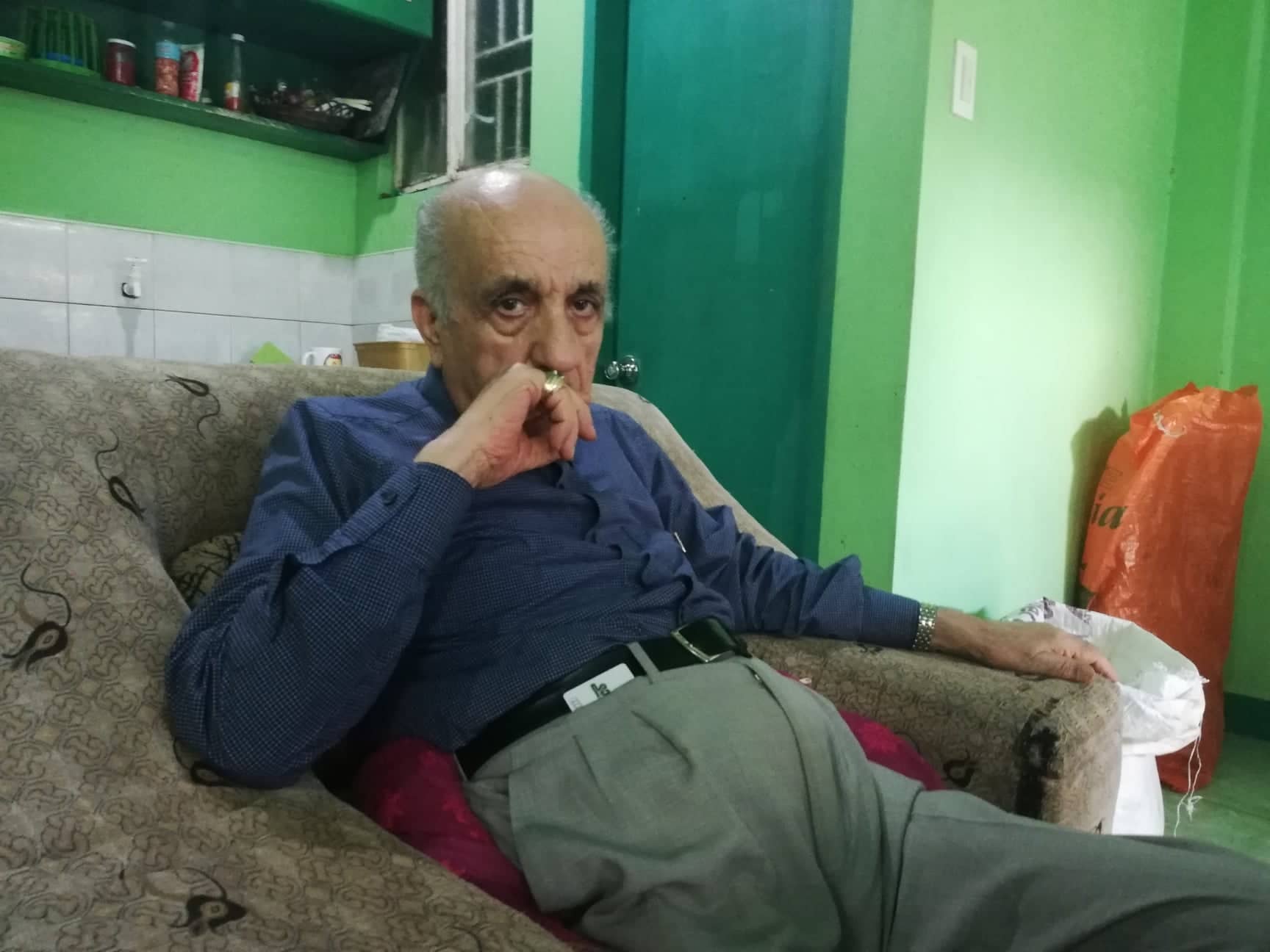 Guiragos Tarakjian, 86-year-old Lebanese, has been arrested by the National Bureau of Investigation on child abuse and human trafficking charges. photo by Leo Udtohan, Inquirer Visayas

TAGBILARAN CITY, Bohol — Agents of the National Bureau of Investigation (NBI)-Bohol on Wednesday arrested an 86-year-old Lebanese national and a tourist driver on accusations of sexually exploiting minors in this city.

Charges for violating the Expanded Anti-Trafficking In Persons Act of 2012, and the Special Protection of Children Against Child Abuse, Exploitation and Discrimination Act were set to be filed against the suspects.

“I don’t touch anybody,” Tarakjian said.

He said he simply gave gifts to the children before sending them home.

Sarabosing, on his part, denied any involvement in the crime, saying he was just asked to transport the children.

The operation stemmed from complaints from the parents of three children—aged 13 and 12—regarding the activities of the suspects.

They said Sarabosing, a tourist driver, told them that his friend Tarakjian was looking for children to help him at home.

The parents trusted Sarabosing and allowed their children to go with the driver.

“The parents were misled to think the intention of the foreigner was genuine. All the while there was a hidden agenda,” said Oliva.

A closed-circuit television video obtained by the NBI showed Sarabosing coming out of the room rented by Tarakjian in a resort in this city.

When he came back, he brought along with him the three children.

When the children went home, they confessed to their parents what happened inside the room.

Oliva said one of the children was molested.

He subsequently warned parents to safeguard their children.

“Since our province is a tourist destination … , the parents should be vigilant in protecting their children because they are prone to these kinds of crimes,” said Oliva.

“They always are aware that not all foreigners have good intention to children. Some have genuine intentions, but not all. So let us be careful,” he added./lzb