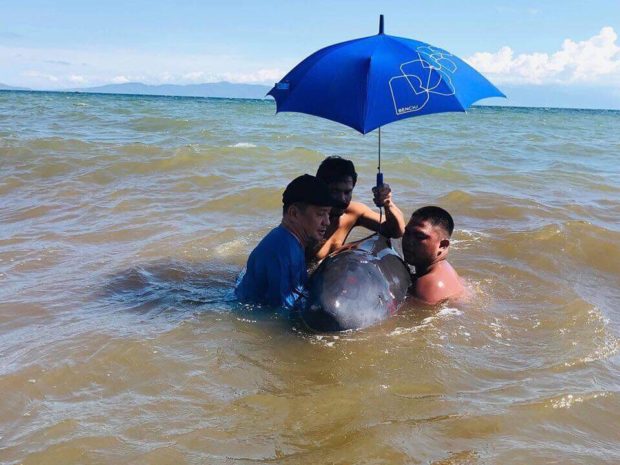 BFAR personnel try to help a female pygmy sperm whale that was stranded on the beach of Calaca, Batangas. The sea mammal died hours later on Thursday morning. Contributed photo from BFAR CALABARZON

It was the second sea mammal that washed ashore and later died this week.

The Bureau of Fisheries and Aquatic Resources in Calabarzon said the sperm whale beached in Barangay Putingbato on April 10. It died 10 hours later.

On April 9, a 6.5-foot long spotted dolphin was also found on the beach in Barangay Marao, Padre Burgos in Quezon.

The dolphin died after several attempts by BFAR to re-float the marine animal.

As of this posting, BFAR veterinarians are conducting a necropsy on the sperm whale.

The office had yet to say what caused the deaths of both mammals. Maricar Cinco /lzb