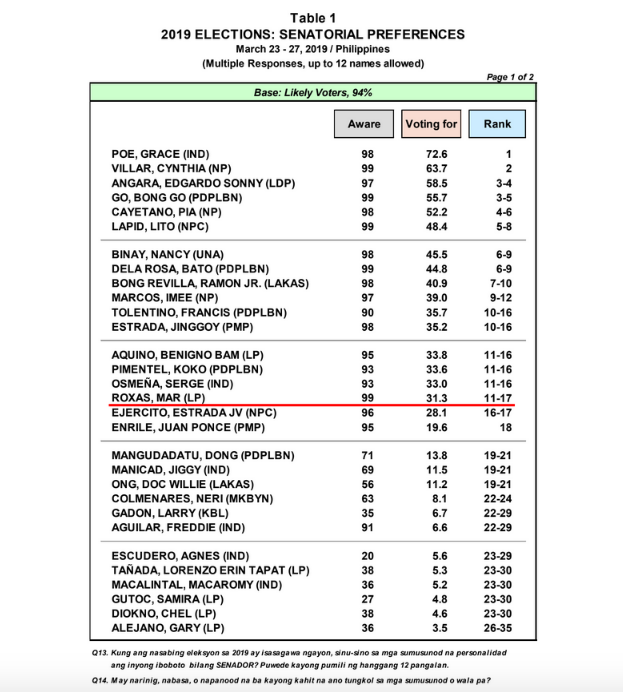 The survey, conducted from March 23 to 27, showed Poe getting a 72.6 percent voter preference.

Taguig Rep. Pia Cayetano made it to the fourth to sixth spot while Lito Lapid was on the fifth to eight spot.

Reelectionist Senator Nancy Binay and Ronald “Bato” dela Rosa both landed on the sixth to ninth spot while former senator Ramon “Bong” Revilla got the seventh to tenth spot.

Senators Bam Aquino and Aquilino Pimentel III was at the 11-16 spot together with Serge Osmeña.