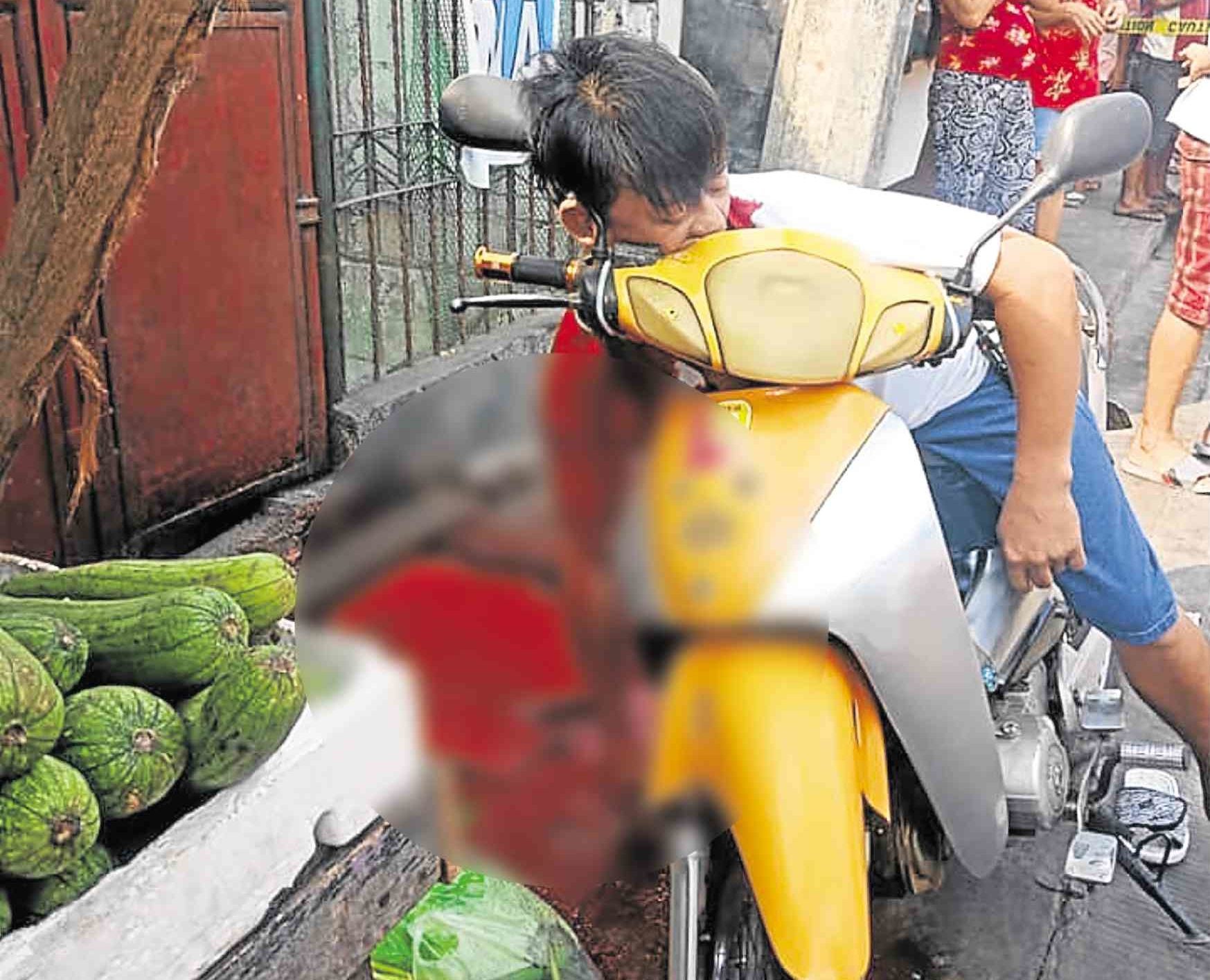 DEAD ON THE SPOT A shot to the head killed Dante Sih. CONTRIBUTED PHOTO

MANILA, Philippines — A village councilor in Malabon City was shot dead on Wednesday morning, around three weeks after he started receiving death threats, with the killer claiming the victim was a “hoodlum.”

Dante Sih, a councilor of Barangay Panghulo, had just parked his motorcycle beside a vegetable stall on Rodriguez Street in the city when a still unidentified man shot him in the back of the head at 8:45 a.m.

The 53-year-old victim was killed instantly as the gunman left a letter before fleeing on foot.

Col. Jessie Tamayao, Malabon police chief, said that although the killing occurred during the campaign period, “there was no indication for now” that it had something to do with the elections.

He added that the Northern Police District had activated a Special Investigation Task Force Group to investigate Sih’s death.

“It will be much better [to have a] task group because there will be support units [that] will provide support in the investigation,” he explained.

According to a police report, the gunman — described by witnesses as around 40 to 45 years old, about 5’3” in height, of medium build and wearing sunglasses, a gray T-shirt and pair of shorts — left behind a letter.

It was signed by Manuel Salvacion of the Armadong Rebolusyonaryong Manggagawa who claimed that Sih was a known “hoodlum” who was “guilty of abusing residents of [Barangay] Panghulo, Malabon City.”

Saying that the victim was involved in the killing of several residents, Salvacion accused the barangay chair of allowing Sih to abuse his power.

Police investigators said they were still validating the contents of the letter. But Ris Sih, the victim’s niece, called the allegations false.

“When my uncle campaigned for councilor of Panghulo, he did not have money to pay for tarpaulin or T-shirt printing. He banked on camaraderie. He wouldn’t have ranked second (in terms of  number of votes) if he was a hoodlum,” Ris said.

A former barangay official who worked with the victim from 2010 to 2013 also described him as a good man.

“If you went to him, he would help you. He was a comic and everyone in Panghulo knew that. He was loud but he was super kind. He was a good father, too … There is no reason for him to be shot or killed. We are all shocked,” Alexandra Julian of the Sangguniang Kabataan told the Inquirer.

Oreta said that the crime sowed fear among residents and placed Malabon in a “negative light.”

“We also call on all sides to refrain from using this incident to fuel political competition and to cast doubts and suspicion on the conduct of fair, free and honest elections … ,” said the mayor who is running for reelection.

His rival for the mayoral seat, Vice Mayor Jeannie Sandoval, also commented on the killing, saying: “We believe in Kagawad Dante’s integrity as barangay official … His death [at] the hands of a vigilante is a clear manifestation that fear and violence reign in our city during election season.”

Three barangay councilors and a city councilor were shot dead in the city between 2016 and 2018 although Carlos said the four cases were unrelated.

In November 2018, Oreta’s political officer and barangay kagawad Rodrigo Tambo was gunned down by unknown men.

City councilor Merlin “Tiger” Mañalac, another Oreta ally, was killed in front of his house in January 2016.