DAVAO CITY — A fire broke out at the upper portion of Gaisano Mall on J.P. Laurel Avenue in this city Wednesday afternoon that saw hundreds of shoppers hurriedly streaming out of the mall.

Supt. Virnalita Silagan, Davao City fire marshal, said the blaze, which was reported to the Bangoy Fire Station at around 4:17 p.m., broke out at the upper ground floor of the mall at a Shakey’s Pizza branch.

Silagan said first firefighters arrived 3 minutes later and were able to put the blaze under control at around 4:40 p.m.

He said no one was hurt during the incident.

The INQUIRER saw hundreds of shoppers streaming out of the front entrance of the mall facing J.P. Laurel Avenue as several firetrucks from different firefighting units helped in extinguishing the flames. Some male mall personnel could be seen on the top of the mall assisting the firefighters.

The blaze was completely put out at around 4:45 p.m., Silagan said.

Photos shared on Facebook by netizen Ron Anore show the building on fire and thick dark smoke billowing from its side.

In November last year, an exhaust vent of a grilled chicken restaurant at the mall also caught fire, and was quickly put out by firefighters. No one was hurt in that blaze.

On Dec. 23, 2017, a 33-hour blaze tore through the NCCC shopping mall in Barangay Ma-a, killing 38 people, mostly employees of a call center firm renting the topmost floor of the establishment. It was city’s deadliest fire of any kind.

Dozens of persons, including the mall owners and some city officials, were indicted and charged due to the tragedy.

Criminal raps were eventually dropped against the respondents due to insufficient evidence. 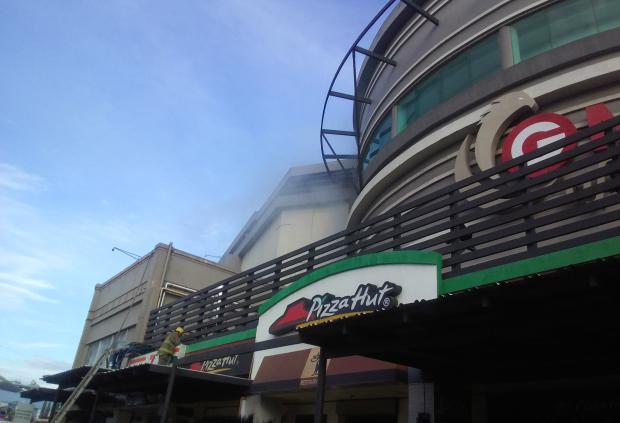 A firefighter climbs to the upper exterior level of Gaisano Mall, where a fire broke out on Wednesday, April 10, 2019. (Photo by FRINSTON LIM / Inquirer Mindanao) 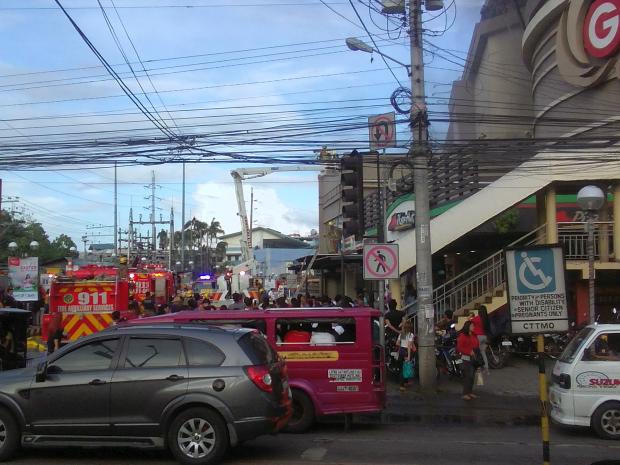 Firetrucks arrive at the Gaisano Mall where fire broke out on Wednesday, April 10, 2019. (Photo by FRINSTON LIM / Inquirer Mindanao)