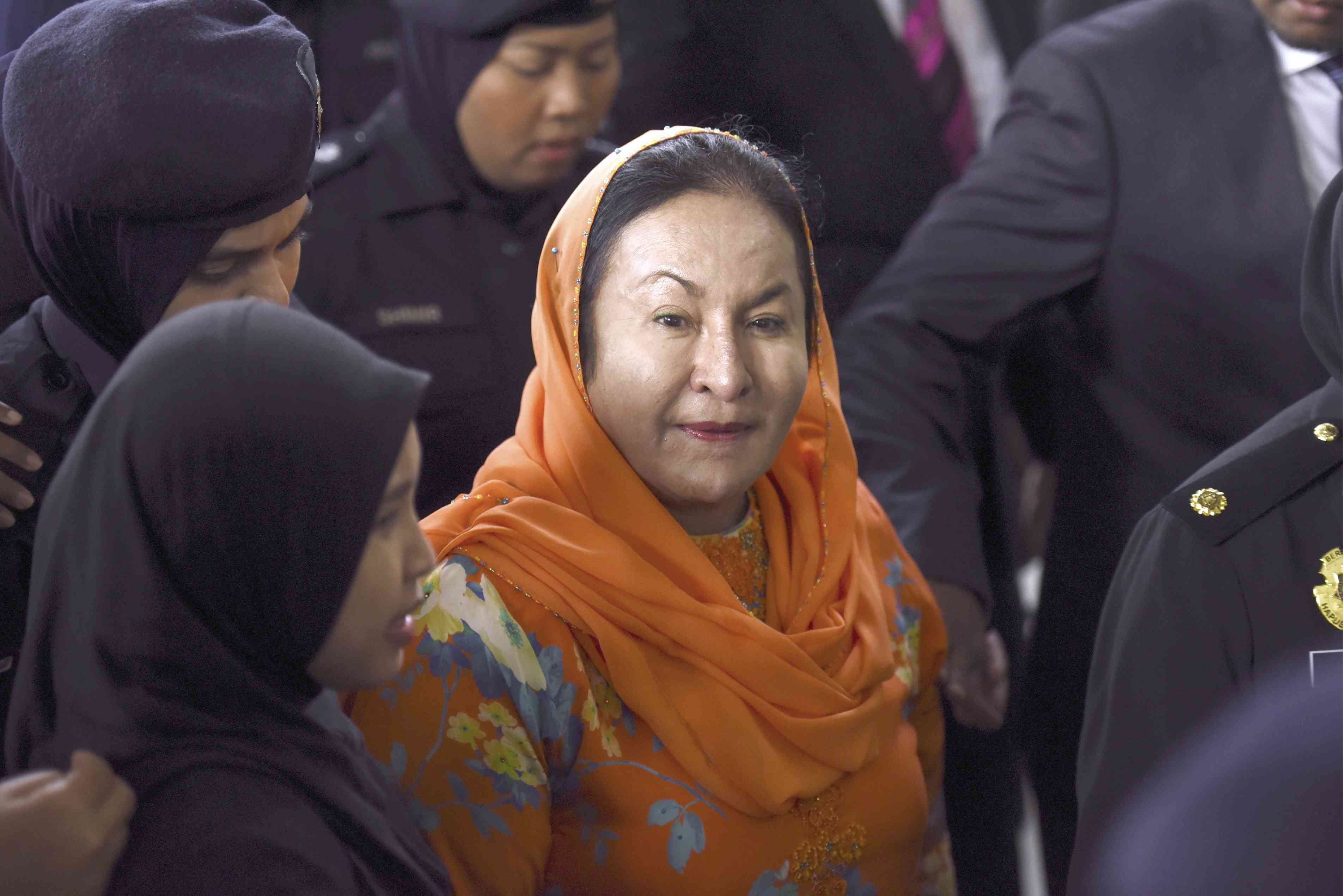 KUALA LUMPUR — The wife of Malaysia’s ex-leader was hit with a new corruption charge on Wednesday, the 20th since her husband’s shock election loss, and complained she was the victim of “slander.”

Rosmah Mansor – widely reviled in Malaysia due to her penchant for lavish overseas shopping sprees – was charged with accepting a 5 million ringgit ($1.2 million) bribe in relation to a government solar power project.

She has already been hit with a barrage of money laundering and tax evasion charges linked to the looting of sovereign wealth fund 1MDB.

Allegations that she, her husband Najib Razak, and his cronies stole billions of dollars from the fund and went on a global shopping spree played a major role in the election loss of Najib’s coalition last year.

Appearing in a Kuala Lumpur court, Rosmah denied the latest charge against her – that she accepted a kickback to help a company secure a project providing solar power generators to schools.

Afterwards, Rosmah told reporters that people had started apologizing to her and Najib for having believed “all the slander” against them.

“People chose to listen to all the lies, to all the untrue stories that have been told,” she said. “I will remain patient and face all the trials and tribulations which Allah has made go through.”

The 67-year-old had already been hit with two charges over the solar power case in November, when she was accused of accepting bribes worth 189 million ringgit (roughly $46 million). The other charges she faces relate to the plundering of 1MDB.

She has denied any wrongdoing.

Since his election loss, Najib has also been arrested and hit with multiple charges linked to the 1MDB scandal. He went on trial for the first time over the multi-billion-dollar fraud last week. He also has denied wrongdoing.

Following the election, police discovered valuables, including cash, jewellery and luxury handbags, worth up to $273 million in properties linked to the couple. /kga