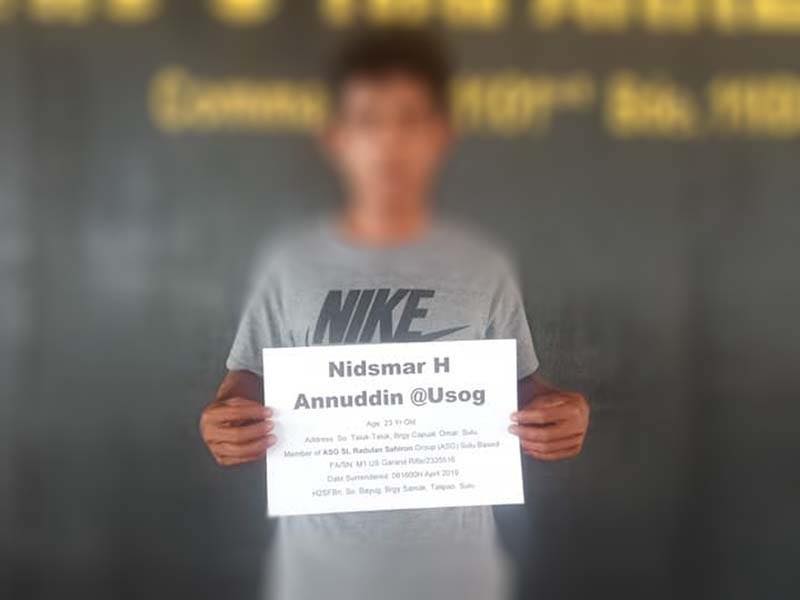 ZAMBOANGA CITY – An alleged trusted aide of an Abu Sayyaf leader and another member of the dreaded kidnap group surrendered to the military and voluntarily handed over their firearms on Monday, the military announced on Wednesday.

Annuddin also surrendered his M16 rifle while Ammad handed over his Garand rifle to the personnel of the 2nd Special Forces Battalion on Monday afternoon. 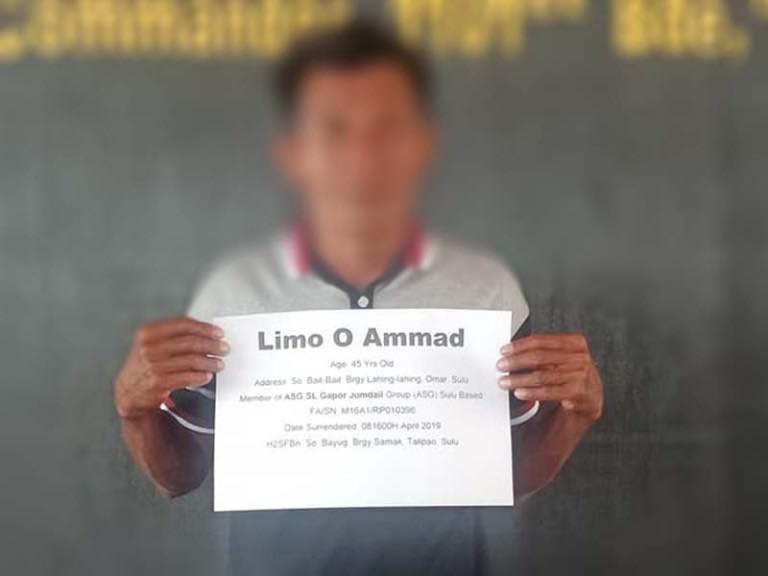 Besana said the duo were now undergoing custodial debriefing and medical check-up at the military headquarters of the 21st Infantry Battalion in Danag, Patikul, Sulu.

They were presented to Brigadier-General Ariel Felicidario III, the 1101st Brigade commander also based in Danag, following their surrender.

Brigadier-General Divino Rey Pabayo, commander of the Joint Task Force Sulu, said the surrender of Sahiron’s man was “one blow to their group.”

“Many members will be on low morale now and soon, many will plan to follow on his footstep,” he added.

Based on their count, 96 Abu Sayyaf have surrendered during this period, including sub-leader Jaber Susukan, while 69 others were killed in different military operations.

Among those killed were Idang Susukan and Anga Adji, both sub-leaders involved in kidnappings on the Malaysian waters off Sabah.

Pabayo said the surrenders have also turned over 115 high-powered firearms and 13 watercraft.

“Within the 313 days, we also rescued 25 kidnap victims,” Pabayo added./lzb