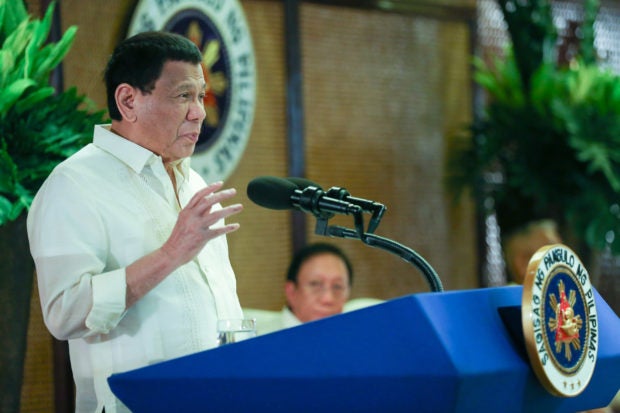 “The Palace confirms that the ceremonial signing of the General Appropriations Act 2019 has already been calendared on the President’s schedule on April 15, Monday,” Presidential Spokesperson Salvador Panelo said in a statement.

“This year’s National Budget – our third under the Duterte Administration – is a continuation of our narrative of genuine change and meaningful progress through, among others, our intensified infrastructure development programs, expanded policies on human development and poverty reduction, as well as strategies in advancing the peace and order situation of the country,” Panelo added.

He said the Palace thanked “the men and women of the Senate and the House of Representatives for supporting this administration’s endeavors in pursuing a path towards the President’s vision of a prosperous and high-income economy under a secure and peaceful nation where all Filipinos can experience a dignified and comfortable life.”

The government has been operating on a reenacted budget since the start of 2019 after Congress failed to pass the P3.757 trillion national budget in 2108 due to questionable allocations and alleged pork barrel insertions.

As of posting time, it was unclear whether or not Duterte had vetoed the allocations and the last minute realignments questioned by the Senate, including the controversial P75 billion alleged pork barrel insertion. /je