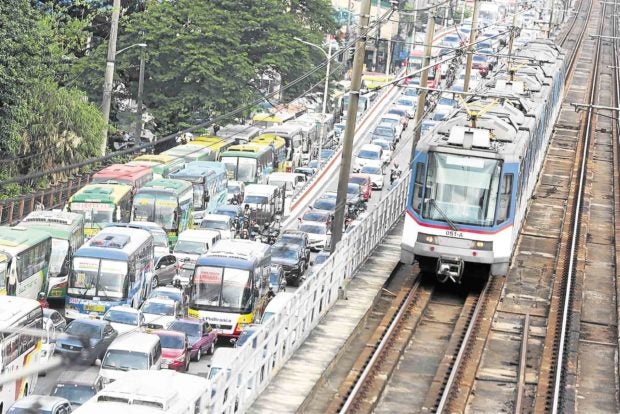 NO OPERATIONS The Metro Rail Transit 3 will also be taking a seven-day break starting on Monday, April 15, to give way to general maintenance activities. — GRIG C. MONTEGRANDE

MANILA, Philippines — Commuters in Metro Manila are advised to plan their trips during the Holy Week break as the three light rail systems will be implementing either a total or partial shutdown between April 15 and 21.

In separate advisories, the administrators of the Light Rail Transit Lines 1 and 2 announced that train operations would cease from Maundy Thursday, April 18, until Easter Sunday, April 21.

Both lines, however, will have normal operations from Holy Monday (April 15) to Holy Wednesday (April 17).

The Metro Rail Transit (MRT) 3 earlier informed the public that there would be no operations for the entire week, from April 15, Holy Monday, until April 21, Easter Sunday, to give way to general maintenance activities.

In a statement issued to reporters, Transportation Assistant Secretary Goddess Libiran said the preventive maintenance and repair activities would include the “replacement of critical turnouts or switches, rail grinding, structural testing, and topographic survey and monitoring plan activities for MRT 3 structures.”

The MRT 3 has just started a 26-monthlong intensive rehabilitation program worth P21 billion.