Paolo Duterte taunts critics: Get your own tattoo | Inquirer News

Paolo Duterte taunts critics: Get your own tattoo 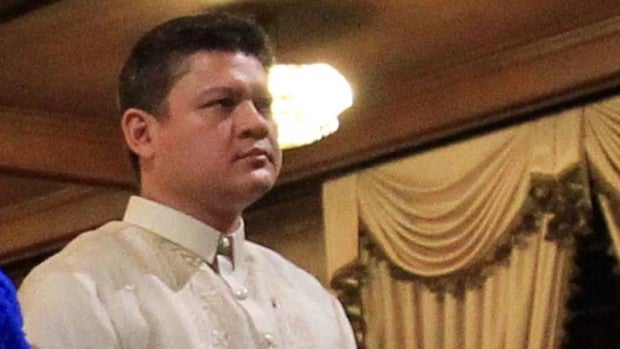 DAVAO CITY — Resigned Davao City Vice Mayor and presidential son Paolo “Pulong” Duterte on Tuesday taunted critics for picking on his back tattoo, telling them to have their own tattoos instead.

This came as the opposition and other critics of President Rodrigo Duterte have pressed the presidential son to bare his back and show his alleged tattoo, which supposedly signifies his alleged involvement in the illegal drug trade.

“Pakialam gyud akong tattoo? Pabuhat mog inyo uy! (Really, pick on my tattoo? Have one yourselves),” Paolo wrote on Facebook.

He said he spent years for his tattoo, enduring cries and sweats of pain, only for critics to feast on.

“Are you out of your mind? No way, Trillilings,” the presidential son said, in an apparent dig to opposition Senator Antonio Trillanes IV, who, even before the emergence of the so-called narco-video, has publicly dared Paolo to show the alleged “dragon-like” tattoo on his back.

At the sidelines of a campaign sortie in Surigao City for the Hugpong ng Pagbabago (HNP) candidates, regional party founder and presidential daughter Sara said only a court order can compel his brother to make public his back tattoo.

“If I were him, of course not. I would not show my tattoo. I have my right to privacy. Unless there’s a case about my tattoo and then the judge orders me to have it shown, then that’s the only time I would voluntarily bare it,” Sara said.

Videos tagging Paolo, the brother of Sara’s husband, and senatorial bet Bong Go, among others, as members of a drug ring or recipients of drug money surfaced on social media since last week. One of the now viral videos claimed Paolo has a tattoo on his back, indicating details of his alleged membership to a drug syndicate. /kga