SC orders trial of owner of sunken Princess of the Stars 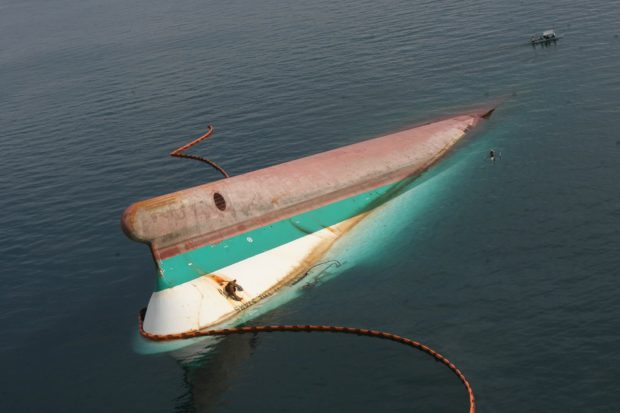 The owner of the former Sulpicio Lines Inc. will be tried for criminal negligence for the sinking of the MV Princess of the Stars on June 21, 2008, claiming the lives of more than 800 people, according to the Supreme Court.

“The civil action against a ship owner for breach of contract of carriage does not preclude criminal prosecution against its employees whose negligence resulted in the death of or injuries to passengers,” said the Supreme Court in a decision dated Dec. 10, 2018, but released only on Monday.

It said the Court of Appeals should not interfere with the findings of the Department of Justice (DOJ) in June 2009 “in the absence of grave abuse of discretion.”

In indicting Go, the DOJ said he was involved in making decisions on whether a vessel should be allowed to sail but he failed to cancel or discourage the voyage of the Princess of the Stars despite severe weather.

It faulted Go for failing to closely monitor the ship’s passage against the movement of Typhoon “Frank” (international name: Fengshen).

He did not instruct Capt. Florencio Marimon to take shelter in the vicinity of Batangas province despite the weather bureau’s advisory that the ship would run into the typhoon if it continued along its regular route, it said.

Go’s actions “demonstrated inexcusable lack of precaution,” according to the DOJ.

Aside from being the owner of Sulpicio Lines, Go was the company’s vice president of administration and team leader of the crisis management committee when the Princess of the Stars sank off Sibuyan Island in Romblon province on June 21, 2008.

Only 32 survived out of the 851 passengers, including 121 crew members, 31 infants and 20 children. About 300 bodies were found while the rest were officially listed as missing.

The survivors and families of the victims have also filed civil suits for damages with the assistance of the PAO.

PAO chief Persida Acosta said the victims had waited almost 10 years for the courts to resolve Go’s petition to be excluded from the criminal cases.

Acosta said at least nine witnesses had been presented by government prosecutors at the RTC before the Court of Appeals halted the trial.

“At least the Supreme Court has spoken for the victims seeking justice,” Acosta said on Monday.

After failing to get the DOJ to reverse its decision, Go petitioned the Court of Appeals to overturn the DOJ’s indictment.

In granting Go’s petition, the Court of Appeals said his act of allowing the officers of the vessel to decide whether to sail “did not make him criminally liable as such decision was within the authority of the captain of the vessel in coordination with the (Philippine Coast Guard) in view of the weather bulletin.”

The appeals court also said Go was not criminally liable even when he did not instruct the ship to seek shelter or drop anchor amid the storm, because it was not within his authority to decide such matters.

The Cebu-based Sulpicio Lines had figured in several maritime disasters, including the sinking of the MV Doña Paz in December 1987, dubbed the world’s worst peacetime sea disaster, which left more than 4,000 people dead.

In 2015, the Maritime Industry Authority canceled the certificate of public convenience of 11 vessels of Span Asia, the new name of Sulpicio. The shipping line is now prohibited from ferrying passengers and is allowed to carry cargo only. —With a report from Inquirer Research