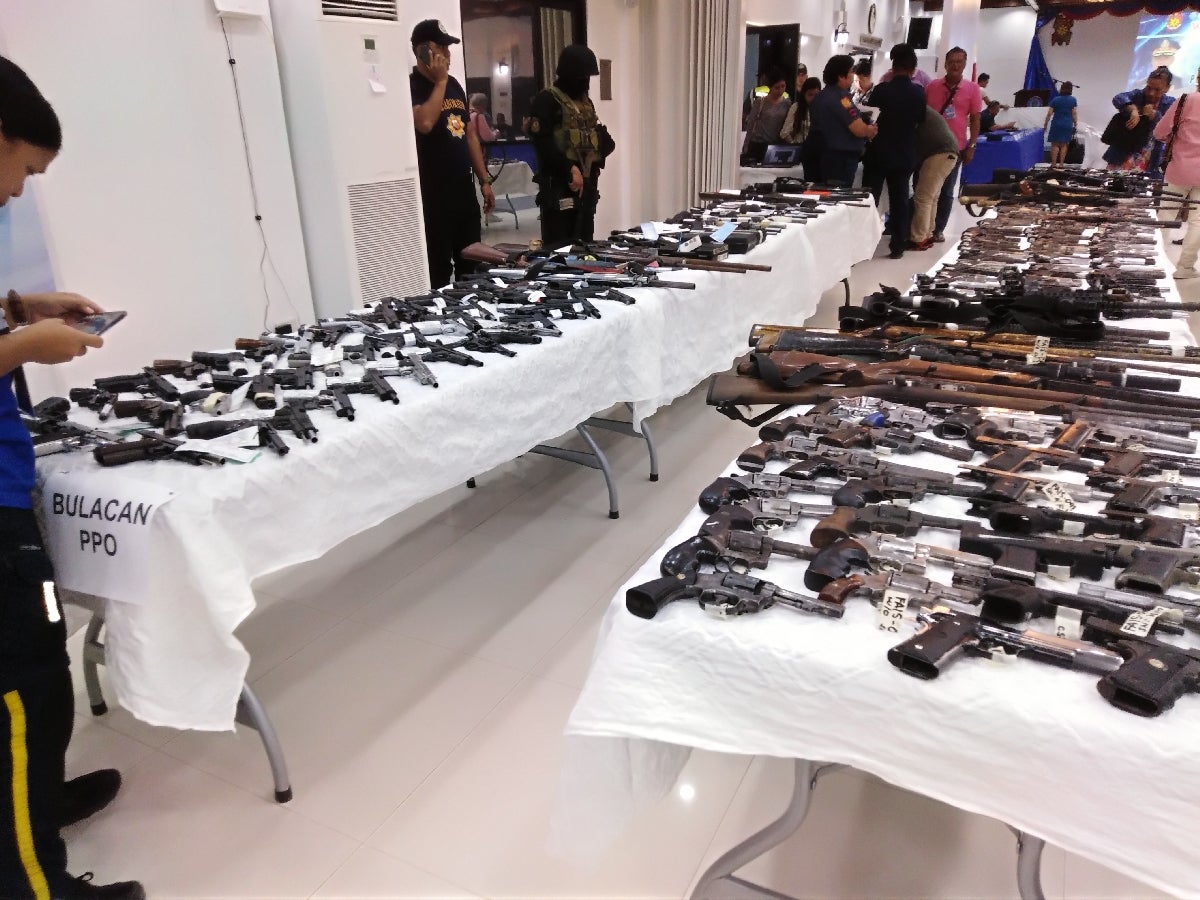 Philippine National Police Chief Police Gen. Oscar Albayalde oversees the media presentation in Camp Olivas, Pampanga of some 600 firearms seized in Central Luzon while the nationwide gun ban imposed by Commission on Elections is in effect. Photos by Carmela Reyes-Estrope

CAMP OLIVAS, PAMPANGA — Police in Central Luzon seized nearly 600 firearms in a series of operations in the region since January when the Commission on Elections started imposing a nationwide gun ban.

These were seized in 33,923 police checkpoint operations, which resulted in the arrest of 34 suspects and the deaths of 24 others.

Albayalde said the PNP has 70 days left to go after gun ban violators.

He said the police operations should serve as a stern warning against violators./lzb