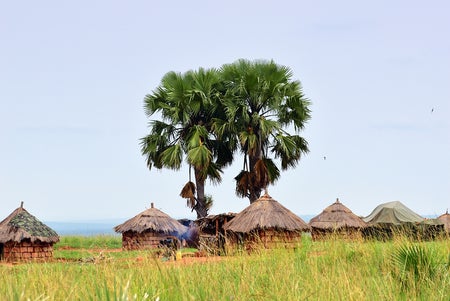 Jordan Kinyera, a lawyer from Uganda, was just six years old when he witnessed his father lose their land in a legal dispute in 1996.

Twenty-three years later, eighteen of which were spent educating himself, Kinyera has taken on the case and won his father’s land back, as reported by BBC on April 3. The final judgment was delivered on Monday, April 1, with the ruling in Kinyera’s favor.

“I made the decision to become a lawyer later in life,” he was quoted as saying. “Much of it was inspired by events I grew up witnessing, the circumstances and frustrations my family went through during the trial and how it affected it.”

Kinyera’s father, now 82 years old, was already retired when his neighbors sued him in 1996 following a land dispute. Since then, his father has not planted a seed nor laid a single brick, as per report.

“He didn’t have a lot of resources. He wasn’t earning at that time,” Kinyera said in the report. “He was desperate and there is something dehumanizing about being in a desperate situation and not being able to do something about it. That is what inspired me the most.”

It is now the younger generation’s time to pick up where his father left off, he said, since his father is now too old and cannot do much with the land.

Kinyera also shared that land disputes are so rife in Uganda, normally among internally displaced Ugandans who return home after living for many years in camps. Today, he represents a number of them involved in similar cases. Cody Cepeda/JB

Teacher uses chalkboard to show students how to use ‘Microsoft Word’

CHR starts probe into killing of 14 farmers in Negros Oriental