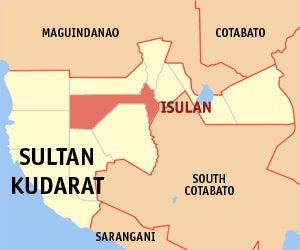 ISULAN, Sultan Kudarat – Police said the motive in the bombing of a restaurant here that wounded 18 people on Wednesday was extortion.

“Initial investigation shows that the motive behind the incident was extortion,” Police Brigadier General Eliseo Tam Rasco, police director for the Soccsksargen region, said in a statement.  He did not elaborate pending completion of the probe.

Rasco created Special Investigation Task Group (SITG) Carlito to fast-track the investigation into the 3:15 p.m. explosion of an improvised explosive device in front of Carlito’s Chicken restaurant along the national highway in Barangay Kalawag 2, Isulan.

A restaurant employee, who asked not to be named, said the management had received an extortion letter from unidentified people demanding P50,000 monthly protection money.

Carlito’s Chicken, one of the popular restaurants here, was filled with customers, many of whom new graduates celebrating with their families when the bombing occurred.

Among the injured were three children and a 6-month pregnant woman.

Members of Scene of the Crime Operatives who conducted post-blast probe recovered cut metal sheets and No. 4 nails believed to be used as shrapnel for the improvised bomb.

Rasco condemned the attack and directed the police to tighten security in Isulan and nearby towns.

He assured blast victims that the police were on top of the situation and would work to find the culprits.

Last year, on August 28 and September 2, improvised bombs went off on the same stretch of the highway near Carlito’s Chicken and at an internet shop, respectively. The blasts killed five people and injured 45 others.  /cbb