Experiencing traffic? Book a ‘ride-sharing flight’ to your destination

MANILA, Philippines — Don’t want to be late for that important meeting? Try booking a ride, or more appropriately a flight, in this newly launched ride-sharing platform to reach your destination in no time.

“Despite being one of the fastest growing business hubs in Southeast Asia, Manila’s traffic situation is also one of the most challenging in the region,” Sinai-Sinelnikoff said during the press launch held in Pasay City.

“With the launch of Ascent in the Philippines, we hope to provide a solution that is highly relevant in the current times’ economic and productivity pitfalls caused by congested roads,” he noted. 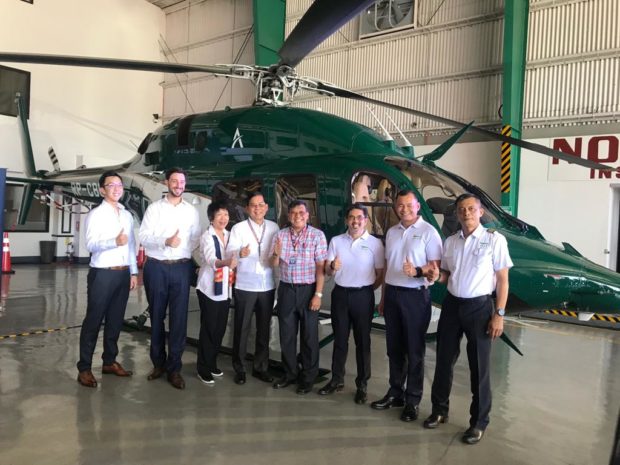 The executives of Ascent introduce the new mode of transportation service during a launch in Pasay City. INQUIRER.net / FAYE ORELLANA

According to the company’s executive, the country has lost P3.5 billion due to traffic congestion.

He also said that central business districts (CBDs) in Metro Manila such as Makati and Taguig have an untapped transportation opportunity given its low utilization of available helipads.

One of the helicopters to be used for the transport service is the BELL 429 that could carry up to seven commuters.

The other helicopter is the Airbus H125. The second one is smaller compared to the first, and could only carry up to five commuters.

“Through the Ascent platform, we aim to connect CBDs more easily and promote the country as an ideal destination to conduct business helped by urban air mobility,” he said.

The helicopter services of Ascent Flights will be operated by local air operator INAEC Aviation Corp.

Passengers who wished to experience a chopper ride can book through the company’s website (https://ascent.flights/).

Below are the available routes and their corresponding prices: 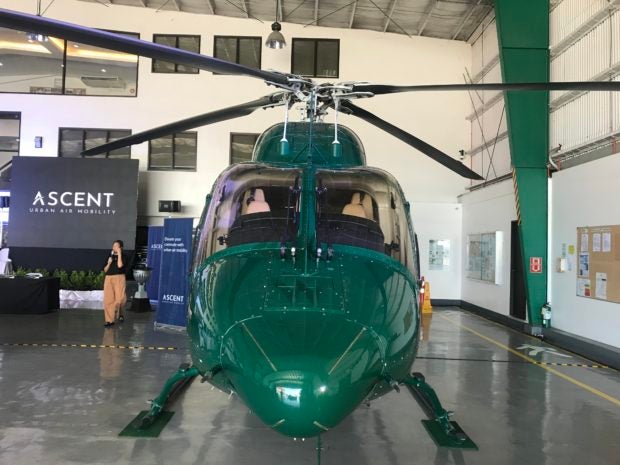 BELL 429. This has a seating capacity of 7 persons, including the pilot and its co-pilot. INQUIRER.net / FAYE ORELLANA 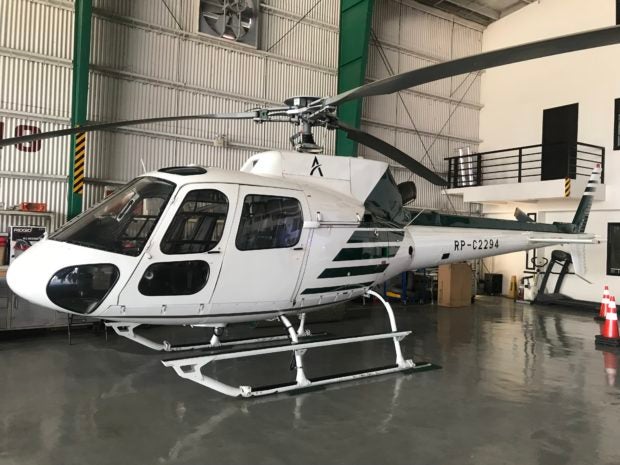 Airbus H125. This has a seating capacity of five including the pilot and its co-pilot. INQUIRER.net / FAYE ORELLANA

Passengers have two options when booking their “flights.” First is using the scheduled trips set by the company or during desired time.

Sinai-Sinelnikoff said that the scheduled trip lets the passengers discover, experience and access tourism hotspots by air arranged by Ascent.

The latter means that passengers have their own choice what areas to visit and their prescribed date.

It plans to expand routes to the Visayas and Mindanao within this year, and eventually around Southeast Asia such as Thailand, Indonesia, and Malaysia, Sinai-Sinelnikoff said.

It could be recalled that ride hailing company Grab Philippines also had their chopper services names GrabHeli back in 2015.