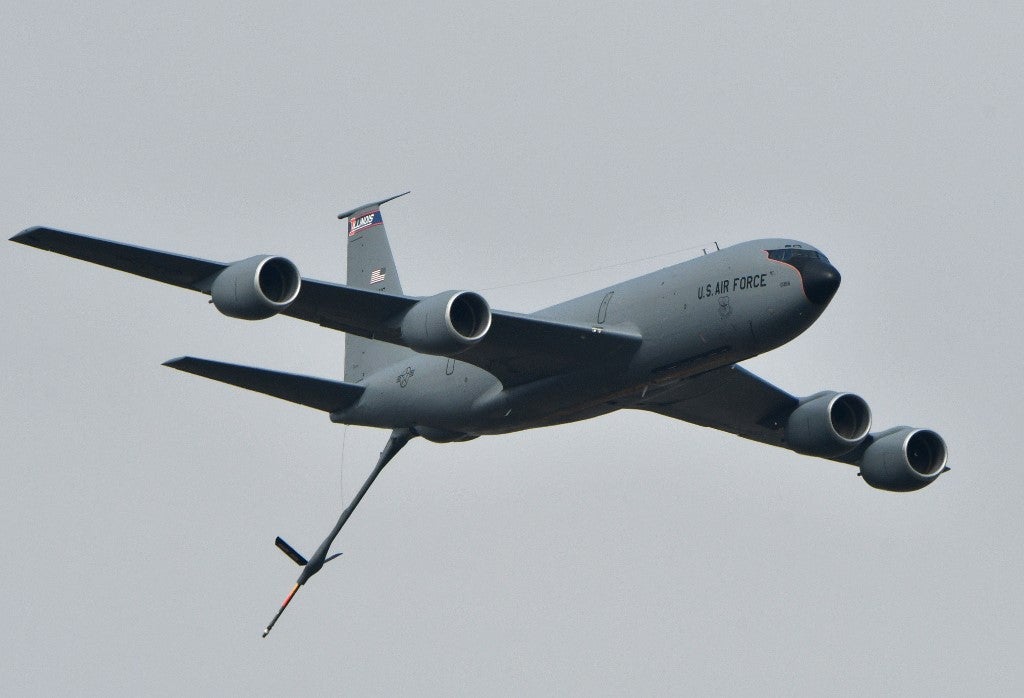 A US Boeing KC-135 air refueling tanker extends its boom to refuel aircraft. The aging US Air Force workhorse is set to be replaced with Boeing KC-46 tankers but the delivery of the new aircraft has been stalled by quality issues, according to the Pentagon. AFP

WASHINGTON, United States — More bad news for US aviation giant Boeing: the US Air Force said Tuesday it had halted for a second time the acceptance of new KC-46 tankers due to ongoing quality issues.

“The Air Force again halted acceptance of new KC-46 tanker aircraft as we continue to work with Boeing to ensure that every aircraft delivered meets the highest quality and safety standards,” Wilson told the panel.

She said that Air Force inspectors had discovered “foreign object debris” in the new planes that should not have been there as well as other areas “where Boeing did not meet quality standards.”

The problems were “unrelated to design or engineering specifications,” she noted.

But it was the second time this year Boeing faced the same criticism.

The Air Force took its first KC-46 in January, more than one year late.

Currently they have seven KC-46 aircraft in service.

The Air Force plans to buy 179 KC-46s over the course of the program.

Based on the airframe of the Boeing 767, the aerial refueler is to replace the Air Force’s aging line of KC-10 and KC-135 tankers, many of which were manufactured during the Cold War.

The Air Force chose Boeing to build the tanker over Airbus in 2011 after a furious battle between the two companies over the massive contract. /cbb