1,700 evacuated after soldiers clash with NPA rebels in Negros Occidental 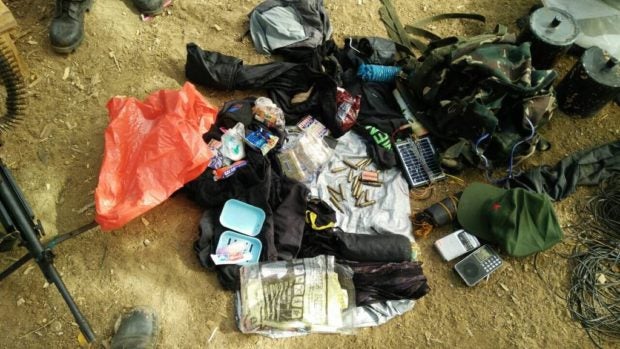 A soldier was hurt while three improvised explosive devices and war materials were recovered after the exchange of gunfire between the soldiers and about 20 NPA rebels believed to be among those who killed Councilor Jolomar Hilario on Sunday in Barangay Inolingan.

Lt. Col. Egberto Dacoscos, 62nd Infantry Battalion commander, said they were still verifying information that the 14 rebels encountered by 62IB troopers were either killed or injured, based on testimonies of residents who said they saw wounded men being dragged by their comrades.

The skirmishes also disrupted graduation ceremonies in some schools in the remote barangay.

He added that the municipal government of Moises Padilla had dispatched relief goods to evacuees, as the soldiers were still pursuing the fleeing rebels in the Quintin Remo hinterland sitios.

Hilario, 51, was sleeping in his room when armed men barged into his house and shot him in the mountain village of Inolingan, about eight kilometers from the town proper last Sunday.

He died of multiple gunshot wounds.

Hilario was running for re-election under the slate of Mayor Magdaleno Peña, who was acknowledged by the Philippine Army for his help in the capture of Negros priest-turned-rebel leader Frank Fernandez. /ee