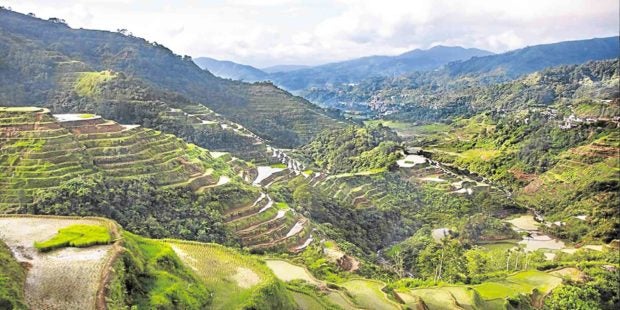 Banaue Rice Terraces was included in the travel guide’s video of the “world’s greenest places” published on Sunday.

The video, however, described Banaue Rice Terraces as “first built around 2,000 years ago by the Chinese”.

One Twitter user, with handle @AltPCOOSec, called out Lonely Planet and noted that Banaue Rice Terraces was built by Filipino indigenous peoples and not by the Chinese.

“Dear [Lonely Planet], the Banaue Rice Terraces were by Filipino indigenous people, not by the Chinese,” the netizen said.

Dear @lonelyplanet , the Banaue Rice Terraces were built by Filipino indigenous people, not by the Chinese. (Screengrabbed from a video posted in Lonely Planet’s facebook page) pic.twitter.com/HzHlOuE3we

“There are rice terraces in China. Maybe they mistook them as one and the same? Still, Banaue. Fact check fail,” said netizen Lala Macaraeg.

The travel guide site, meanwhile, responded that its editors have been informed of the concerns.

“Thank you for flagging this, we’ll share this with our editors who’ll take a further look into it. We’ll share updates/action points on this thread,” Lonely Planet said in a tweet.

Thank you for flagging this, we’ll share this with our editors who’ll take a further look into it. We’ll share updates/action points on this thread.

The video has since been taken down.

According to United Nations Educational, Scientific and Cultural Organization (UNESCO), the rice terraces were built 2,000 years ago by the Ifugaos.

“The Ifugao Rice Terraces are the priceless contribution of Philippine ancestors to humanity,” UNESCO said.

“Built 2000 years ago and passed on from generation to generation, the Ifugao Rice Terraces represent an enduring illustration of an ancient civilization that surpassed various challenges and setbacks posed by modernization.” UNESCO added. / gsg

Read Next
NBI seizes over 3 kilos of cocaine hidden in children’s books
EDITORS' PICK
Geek out at TOYCON 2022 powered by Smart Signature
UK’s Boris Johnson will resign, BBC reports
High inflation: Your P1 is now worth only 87 centavos
High-risk pregnancy: Reducing your risk is in your hands
Unemployment rate up to 6% in May
House energy committee chair Arroyo bats for cheap electricity
MOST READ
Suspect in grisly killing of missing woman in Bulacan arrested
Kim Atienza’s daughter flaunts bikini body in response to critics of her ‘revealing photos’
Cop slain in Isabela ambush
FDA probes popular Filipino noodle brand for ‘high level of ethylene oxide’
Don't miss out on the latest news and information.