MANILA, Philippines — The police Criminal Investigation and Detection Group (CIDG) announced on Monday the arrest of 23 local government officials in a series of operations against organized crime and loose firearms across the country.

Aside from Vargas and Adlao, the CIDG also arrested a member of the sangguniang barangay, nine village chairmen, 10 village councilmen, and a general service officer in operations conducted from March 22 to 28.

During that period, the CIDG seized 137 firearms, 34 explosives and arrested 168 people, including the local officials.

Albayalde said the police would go after law violators, even if they were incumbent public officials. 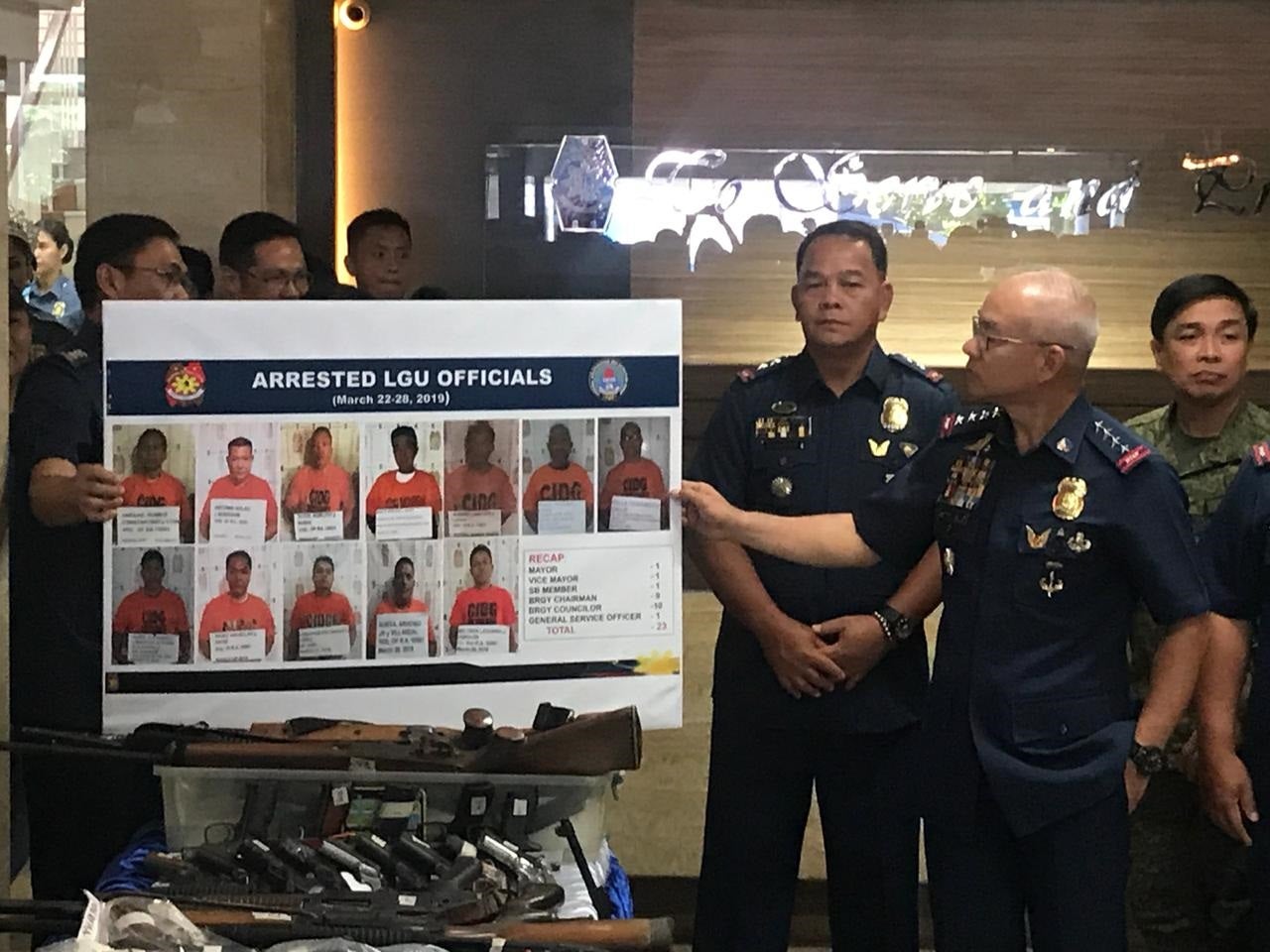 PNP chief General Oscar Albayalde (foreground) presents to media on Monday, April 1, 2019, the mugshots of local government officials arrested by the CIDG in a series of operations against loose firearms from March 22 to 28. INQUIRER.NET / CATHRINE GONZALES

He said the police conduct operations based on verified intelligence reports.