In a series of tweets on Monday, Locsin reminded the said honorary consul, who he did not name, that an “appointment must be approved however long it takes.”

The posts were deleted less than an hour later.

“To honorary consul who complained to Malacanang about its delay of his accreditation. Know 2 things:  (1) post is a privilege; a light one, appointment must be approved however long it takes. (2) you’re fired,” he wrote. 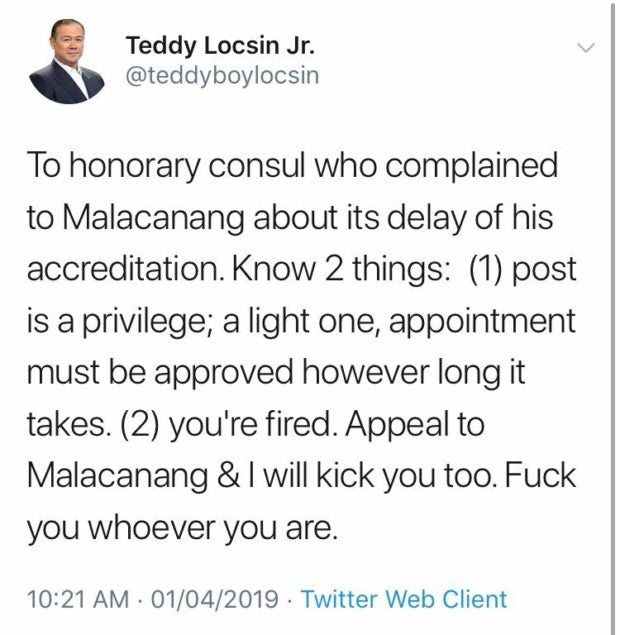 “Appeal to Malacanang & I will kick you too. F**k you whoever you are,” he added.

Locsin’s outburst did not stop there, as the country’s top diplomat said in another tweet that he will “kick” the honorary consul in “his face even if he has friends in the Palace.”

“If I see this sh*t I will kick his face even if he has friends in the Palace. P*tangina. Bastos. Baboy. Shet,” he tweeted.

“Thank you for your patience Michael Yang; next time just give me the address of any asshole who complains to you and I will take care of him my way EJK (extra-judicial killing),” Locsin said. 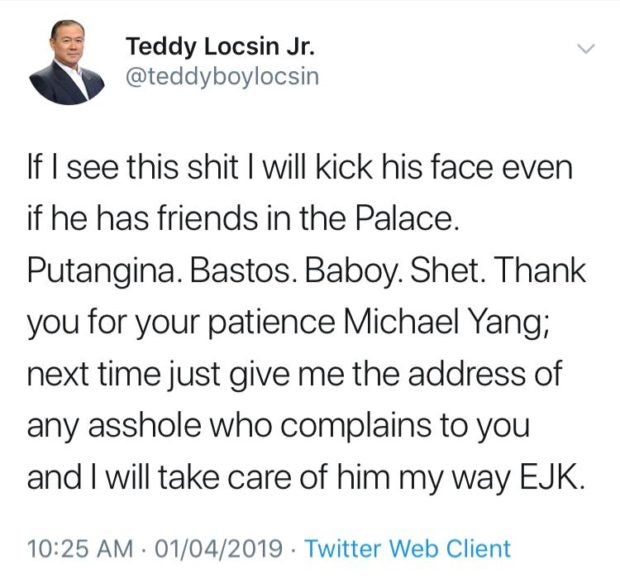 Further, amid the supposed “asinine behavior” of the honorary consul, Locsin hailed other honorary consuls “who are such a help to the Philippines and such an honor to the countries they represent, my deepest appreciation and thanks for your service.” 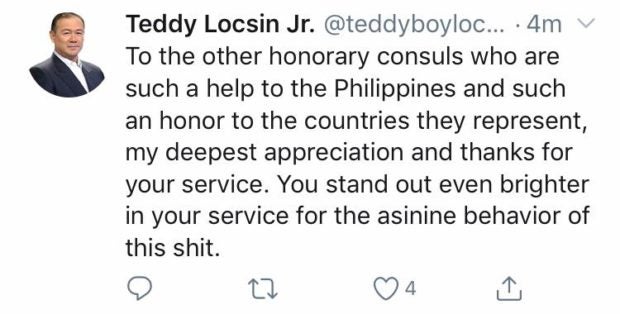 “You stand out even brighter in your service for the asinine behavior of this sh*t,” he added. / gsg