MANILA, Philippines — Two suspected flags of the Islamic State of Iraq and Syria (ISIS) were found by elements of the Philippine National Police (PNP) and the Army in a joint operation in the town of Baggao in Cagayan.

According to the PNP Criminal Investigation and Detection Group (CIDG), the flags were seized during the serving of search warrants at the houses of brothers Greg and Altero Cariaga in Barangay Dabbac Grande on March 28.

The CIDG’s report on Monday said Altero was the alleged leader while Greg was a member of Syuful Khilafa Fi Luzon, also known as Northern Jihadist Group, a terrorist and radical Islamic propagation group established in Baggao in 2016. 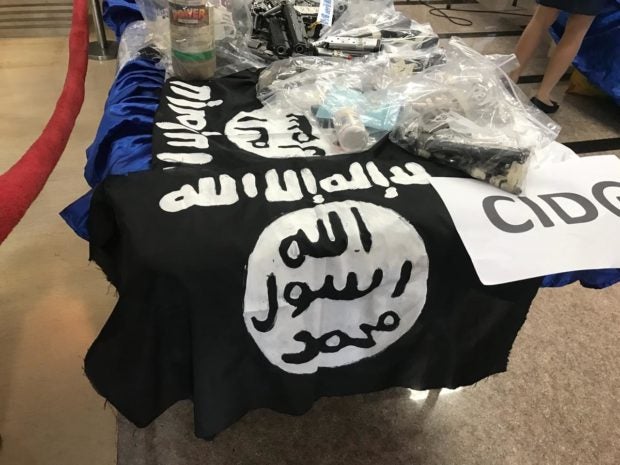 Also seized during the operation were firearms, ammunition, improvised explosive devices, and other items.

Albayalde said the recovery of suspected ISIS flags was not a source of alarm since the group might just be wanting to earn reputation and had not been linked to any terrorist attack.

The suspects and the evidence were brought to the CIDG Regional Field Unit-2 in Camp Adduru in Tuguegarao City. /cbb