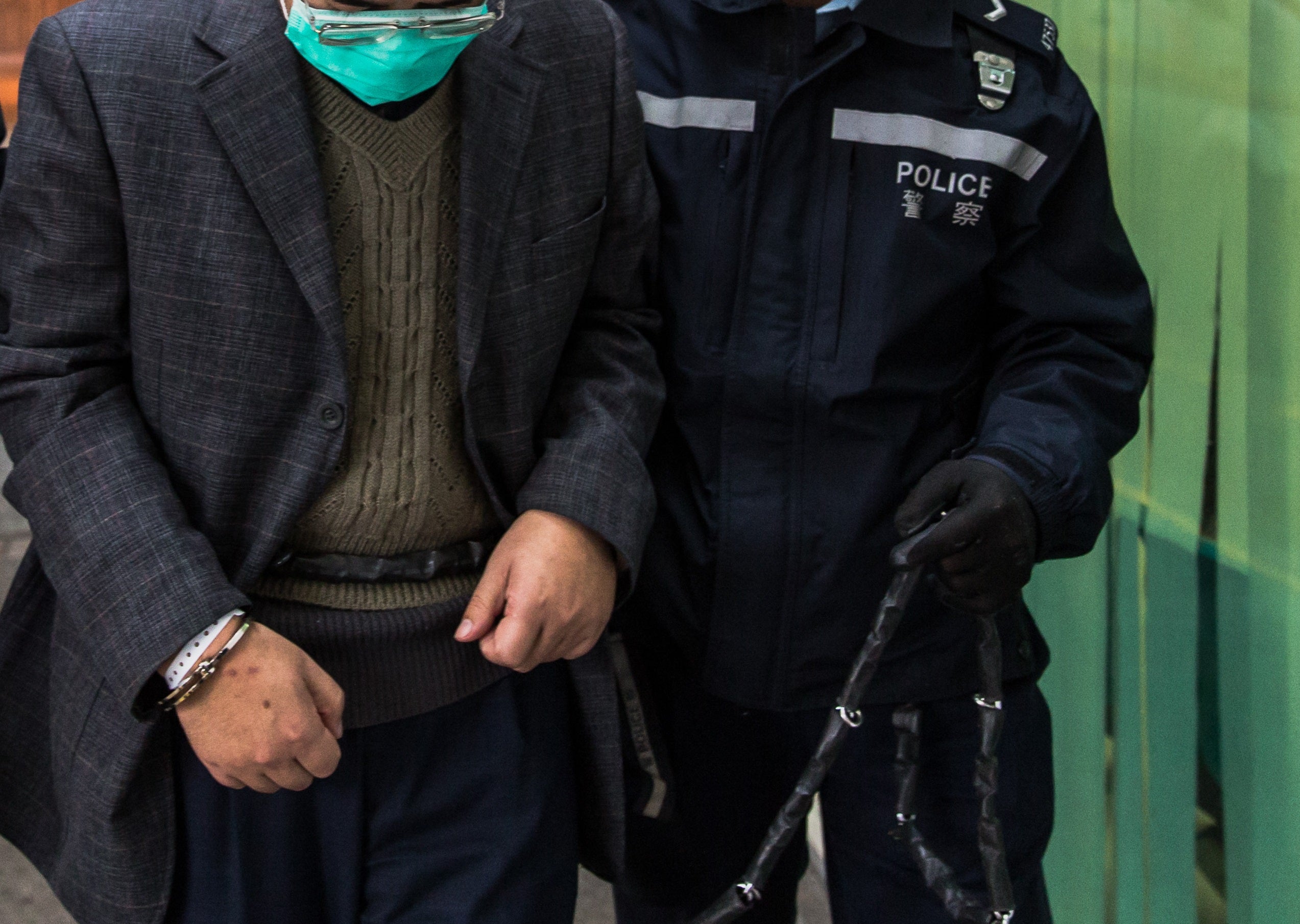 A Chinese national accused of murdering his two teenage nephews in the US is escorted by police in Hong Kong pending a US extradition request. AFP

HONG KONG, China – Hong Kong’s plans to approve extraditions to the mainland have sparked alarm within the city’s business and legal communities who fear it will hammer the financial hub’s international appeal and tangle people up in China’s opaque courts.

The proposal, which will be debated in Hong Kong’s legislature on Wednesday, would allow the transfer of fugitives with Taiwan, Macau and mainland China on a “case-basis” for the first time.

But it comes at a time of roiling distrust over how Beijing wields its authoritarian legal system — and as two Canadian nationals languish in Chinese custody following the arrest of a top Huawei executive in Vancouver.

Critics fear any extradition agreement could leave both business figures and dissidents in Hong Kong vulnerable to China’s politicized courts, fatally undermining a business hub that has thrived off its reputation for a transparent and independent judiciary.

“At that point Hong Kong is just really a part of China,” an American partner at an asset management company told AFP, commenting on how the business community would feel if the law is passed.

“People might still be fine to come for three years, five years, but are you going to really put down roots here if you have real or implied political risk? I think probably not,” she added.

It was sparked by a high-profile murder in Taiwan where a Hong Kong man allegedly strangled his pregnant girlfriend during a holiday trip and then fled.

That case generated significant sympathy and frustration that Hong Kong was unable to extradite the suspect to Taiwan.

But the government’s surprise decision to include mainland China in the overhaul has led to a groundswell of opposition and suspicion pro-Beijing local authorities are taking advantage of the Taiwan murder.

Historically Hong Kong has balked at extraditing to the mainland because of the opacity of China’s criminal justice system, and the death penalty — which has been abolished in Hong Kong.

Observers say the courts are controlled by the Communist Party and are frequently used to silence critics or wielded by powerful people to settle personal and business scores.

Those who wind up in the courts have little chance of acquittal — according to China’s own national judicial statistics there was a 99.9 percent conviction rate for criminal charges.

Under the 50-year handover agreement signed between Britain and China in 1997, the city retains its independent judicial system, allowing it to become a major regional contract law hub rivaled only by Singapore.

But fears have risen that China is chipping away at that judicial independence.

Three years ago a group of booksellers who published gossip-filled tomes on China’s leaders vanished, later appearing in Chinese custody.

In 2017 a billionaire businessman Xiao Jianhua also disappeared from a five-star hotel and into mainland custody.

And when a new high-speed rail link opened in Hong Kong last year, authorities announced Chinese mainland law would apply inside key sections of the station.

Criticism of the plans has come from a broad cross-section of Hong Kong, not just political critics of China. The city’s powerful bar association, the American Chamber of Commerce, even pro-Beijing lawmakers, have all spoken out.

“A business environment needs a very clear legal system. If you have a regulation reversing that and making the legal system less clear… it will absolutely have a huge impact on Hong Kong’s economic development and business activities,” said Felix Chung, a pro-Beijing legislator.

In an illustration of unintended consequences Taiwan’s Mainland Affairs Council warned it may issue travel warnings if the extradition agreement included China.

Faced with a growing chorus of opposition Hong Kong’s government backtracked on Tuesday, exempting nine primarily economic crimes from the list of offences that could be covered by the new extradition law.

Hong Kong’s Security Bureau has also said prosecutions based on “race, religion, nationality or political opinions” would be refused.

But whether that will mollify enough lawmakers remains to be seen — especially given Hong Kong’s own crackdown on political freedoms and its pursuit of those deemed to be promoting independence or autonomy.

In a statement released after the government’s backdown, the American Chamber of Commerce said it still had “serious concerns about the revised proposals.”

“We strongly believe that the proposed arrangements will reduce the appeal of Hong Kong to international companies considering Hong Kong as a base for regional operations,” the statement read.

For the American partner at the asset management firm, she says international businesses will inevitably think more carefully about the direction in which Hong Kong is headed.

“I don’t think it changes my ability to stay here now,” she said. “But it doesn’t make me real excited about my kids staying here.” /cbb