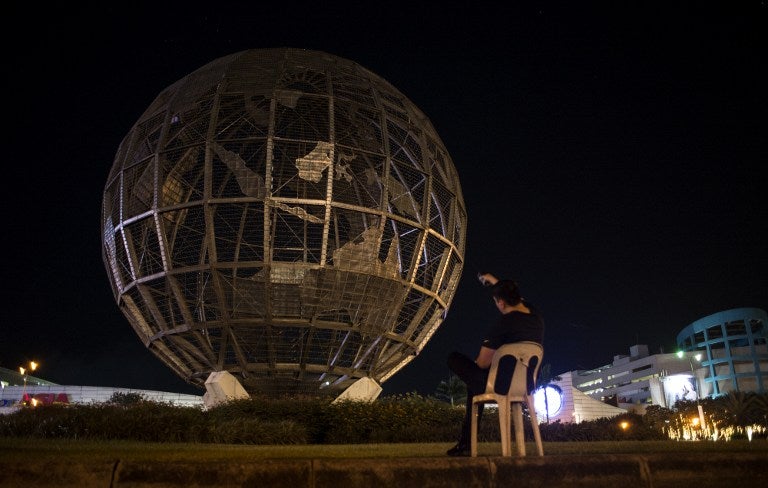 FILE- This image shows the globe in front of a mall during the Earth Hour environmental campaign in Manila. / AFP PHOTO / NOEL CELIS

MANILA, Philippines — Earth Hour this year should be more than just turning lights off to save on electricity and more about adopting alternative power sources, a party-list group said on Saturday.

The Murang Kuryente Partylist (MKP), which is seeking a House seat for the first time, made the call as Malacañang announced it would also join Earth Hour and urged Filipinos to also reduce their use of plastic.

“In this year’s Earth Hour, we will turn on lights, powered by solar energy, to show that there is an alternative to fossil fuels,” said Gerry Arances, the group’s first nominee.

MKP joined Piglas Kababaihan, Philippine Movement for Climate Justice and the Koalisyon Pabahay ng Pilipinas in promoting the use of solar-powered lights.

Arances said MKP would push for lower electricity costs by reducing charges and surcharges stemming from the use of fossil fuels and curbing corruption.